Do you know the three conventions that were the result of the Rio Summit 1992? Read about them in the linked articles below:

Aspirants would find this article very helpful while preparing for the IAS Exam, especially the environment and ecology segments.

Some 2,400 representatives of non-governmental organizations (NGOs) attended, with 17,000 people at the parallel NGO “Global Forum” (also called Forum Global), who had Consultative Status. A significant accomplishment of the summit was an agreement on the Climate Change Convention which in turn led to the Kyoto Protocol and the Paris Agreement. Another agreement was “not to carry out any activities on the lands of indigenous peoples that would cause environmental degradation or that would be culturally inappropriate”. 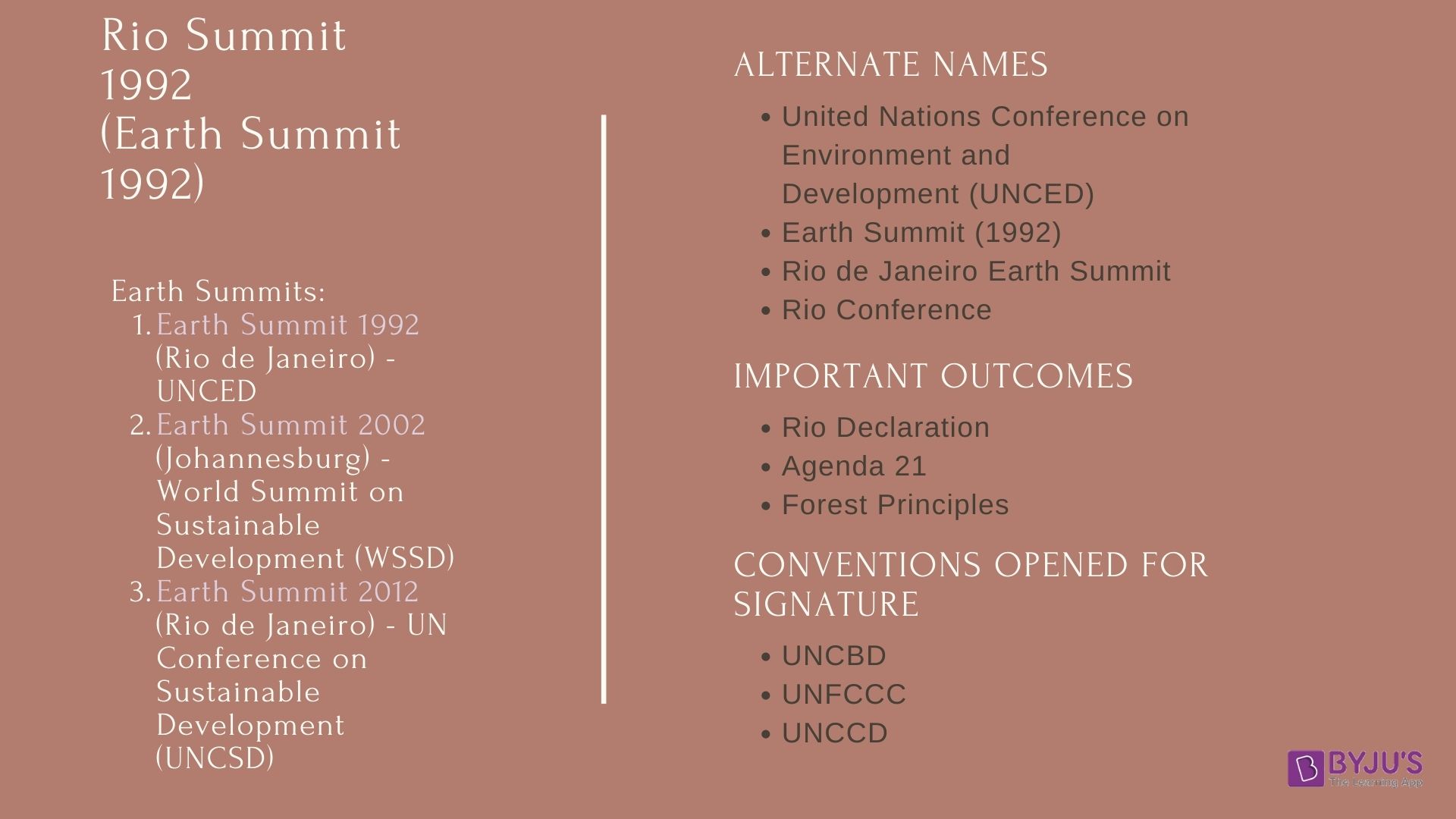 The Rio Summit 1992 is also called the Earth Summit. This summit led to the development of the following documents:

One can more of important environment conventions and protocols in the linked article.