This article will give you details about this event within the context of the IAS Exam. 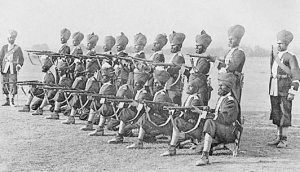 For more related articles visit the links given in the table below: