Minute on Indian Education by Thomas Babington Macaulay - [February 2, 1835] This Day in History 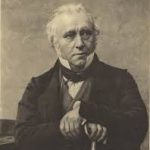 On 2 February 1835, British historian and politician Thomas Babington Macaulay presented his ‘Minute on Indian Education’ that sought to establish the need to impart English education to Indian ‘natives’.

This minute is a very important document for UPSC history. Aspirants should know the gist of this minute and its impact on Indian education and society for the IAS exam.

“…a single shelf of a good European library was worth the whole native literature of India and Arabia.”