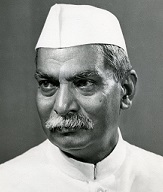 The first President of India, Dr Rajendra Prasad passed away on 28 February 1963 at Patna.

In today’s edition of This Day in History, you can read about an important personality in the Indian national movement, Dr. Rajendra Prasad, for the IAS exam.

Some of Rajendra Prasad’s works: