Mains: Freebie politics and its consequences

What is Freebie Politics? 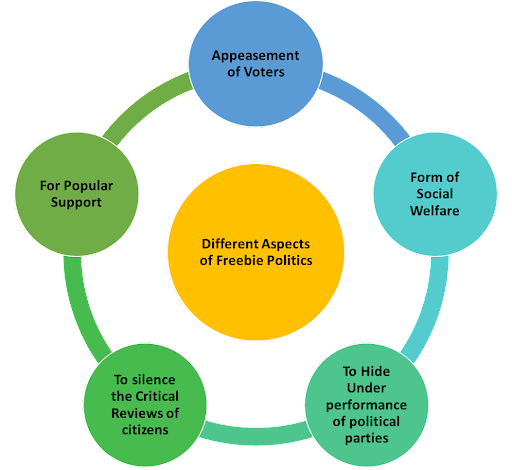 The democratic process of elections and election promises should not control voters’ thoughts. The freebie culture not only degrades the importance of the election process but disrupts the very essence of social welfare.

What is a Health Star Rating System (HSR)?

While taking a decision that each food should be rated from one to five stars, the FSSAI has chosen to ignore consumer interest and has given undue importance to the opinion of large food processing industries. When the food regulatory body is taking a decision in this regard, the health of the people of the country should be its first priority.

Foreign ministers of China and the Solomon Islands signed the framework agreement on security cooperation recently.

Impact of the China-Solomon Islands pact on India:

The China-Solomon Islands pact is a cause of concern for the AUKUS – Australia, the United Kingdom and the US – partnership, since the Solomon Islands has moved towards China rather than Australia. The agreement also raises doubts for India as it can have larger geopolitical implications over other Pacific island nations’ future steps.

Mains: Concerns associated with the high cost of doing business in India; Recommendations

Apart from improving the ease of doing business, the government should also lower the costs of doing business in India. This will provide the much-needed impetus to private investment which can create jobs for India’s demographic dividend while also helping realize India’s $5 trillion economy goal.

Against Rule of Law and Constitutional Rights:

The demolition of houses by the Madhya Pradesh government of those who were allegedly involved in communal rioting in Khargone amounts to a violation of not just the rule of law and the constitutional order of India but also of important related international laws.