1. Russia’s nuclear icebreakers and militarisation of the Arctic

Syllabus: Effect of policies and politics of developed and developing countries on India’s interests.

Mains: Significance of the icebreakers for Russia, increased competition among the countries in the Arctic region and India’s Arctic Policy

Context: Russia recently unveiled two nuclear-powered icebreakers at St. Petersburg and has claimed that such icebreakers are of “strategic importance”.

Significance of icebreakers of Russia

Increased competition in the Arctic region

Key reasons for the increased competition in the Arctic region India’s interests and interventions in the Arctic region

Nut graf: There has been increased competition among the countries in the Arctic and militarisation of the region is also taking place at a rapid rate. Global warming which is taking place at an unprecedented rate is expected to accelerate the competition further and the Arctic region would be the next geopolitical hotspot as the environmental, economic, political and military interests of the nations converge.

Context:  Recently, six people were killed during a clash between the Assam Police and a mob in an area bordering Assam and Meghalaya. 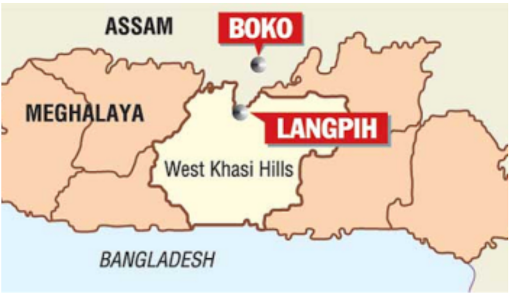 Nut Graf: Recently, a violent clash took place between the Assam Police and a mob along a disputed border stretch between Assam and Meghalaya. Boundary disputes between several North Eastern states are mainly due to the mistrust and underlying conflicts in the northeast that lead to such incidents are deeper.

Nut Graf: Recently approved India-Australia Economic Cooperation and Trade Agreement (ECTA) will boost manufacturing in India and open up the potential for jobs by Australian investments coming to India. Further, the agreement will improve the geopolitical partnership between India and a friendly democratic country like Australia and fix India’s overall global competitiveness.
Category: GOVERNANCE

Context: The Union Government has put the draft Indian Telecommunication Bill, 2022 in the public domain for suggestions and feedback.

OTT provision in the draft bill:

Nut Graf: Draft Indian Telecommunication Bill, 2022 is said to be a significant move for the telecom sector as it provides an opportunity to keep up with the latest advancements and newer challenges in the sector. Inclusion of OTT communication service providers within the ambit of the Bill is a deeply flawed idea as it could compromise the energy, innovation and funding that characterises India’s startup ecosystem today.

Context: At a time when the revival of nutritious millets is gaining attention, Kutia Kondh tribes of Odisha are contributing to the survival and mainstreaming of millets through their Burlang Yatra festival.