The Right to Freedom is one of the Fundamental Rights guaranteed by the Constitution of India. It is very important to understand what this right entails and includes. This topic is a basic topic in the polity and constitution segments of the UPSC Syllabus for the civil services exam.

In this article, you can read all about the Right to Freedom and the related constitutional provisions from the UPSC CSE point of view.

The six fundamental rights enshrined in the Constitution are considered essential for the functioning of Indian democracy. The right to freedom gives citizens basic freedom with respect to speech and expression, form associations, freedom of personal liberty, freedom to live a life of dignity, etc. It is important to understand the scope of these provisions and any exceptions thereof.

The right to freedom guarantees freedom for citizens to live a life of dignity among other things. These are given in Articles 19, 20, 21A and 22 of the Indian Constitution. We shall take up the articles one by one in this section.

Below, we provide the associated articles of the Constitution under the right to freedom, important from the UPSC exam perspective.

Article 19 guarantees six freedoms. They are: 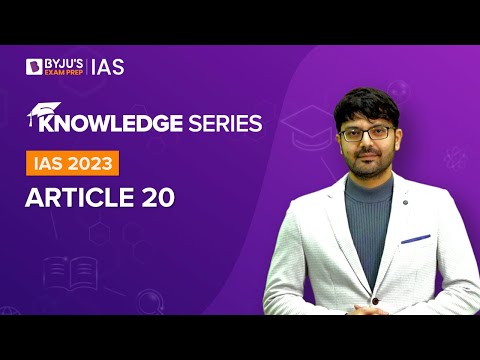 Article 20 deals with the protection of citizens in respect of conviction for offences. This provides for three types of protection of the individual against the State.

Article 21 states that no person shall be deprived of his life and personal liberty by the State except as per the procedure established by law. This article has a wide scope and its interpretation has undergone many changes over the decades.

You can read more on Article 21 and the right to life and personal liberty here.

This article was introduced by the 86th Constitutional Amendment in 2002. It provides that the State shall provide free and compulsory education to all children between the ages of 6 and 14.

Article 22 deals with the protection against arrest and detention in certain cases.

What is Preventive Detention?

There are two types of detention:

Candidates preparing for the upcoming UPSC recruitment must refer to the IAS topper list and get inspired and motivated with their success stories.

What are the six freedoms guaranteed by the right to freedom?

The 6 freedoms are freedom of:

Why is right to freedom important?

The right to freedom is important because it is a basic human right. The Indian national struggle against colonialism was a fight to be free of foreign imperial rule, and also for the freedom to live life with dignity, to determine how to live in accordance with law, profess any occupation or trade, speak and express freely, move and reside in any part of the country, and ultimately to be able to live meaningful lives with security.

What are the 6 fundamental rights?

The 6 fundamental rights are: