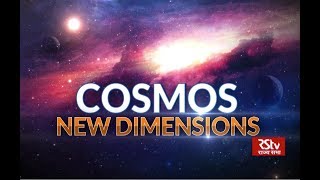 Rajya Sabha TV programs like ‘The Big Picture’, ‘In Depth’ and ‘India’s World’ are informative programs that are important for UPSC preparation. In this article, you can read about the discussions held in the ‘In Depth’ episode on “Cosmos – New Dimensions” for the IAS exam.

The Big-Bang Hypothesis and the Steady state Hypothesis are the two main theories, with many variations in each basic approach.

The earlier Pre-Ptolemic theories believed that the Earth was the centre of the universe. However, with the acceptance of the Helio-centric theory, the nature and extent of the Solar system began to be realised. The Milkyway came to be called as a galaxy and was thought to constitute the entire universe with the Sun at or near its centre. Modern estimates show the size of galaxy to have a diameter of about 100,000 light years with the Sun near the edge of the disc, about 28,000 light years from the centre. And that the universe is born out of an explosion 13.8 billion years ago.

The crux of today’s cosmological paradigm is that in order to a mathematically unified theory, valid for the entire universe, one must accept that 95% of our cosmos is furnished by completely unknown elements and forces for which there is no empirical evidence.

Understanding of the Evolution of the Universe:

What is an Exoplanet?

What is a Rouge Planet?

Details on Nobel Prize in Physics: