Distribution of Temperature in the Earth’s Atmosphere

The interaction of insolation with the atmosphere and the earth’s surface creates heat, which is measured in terms of temperature. While heat represents the molecular movement of particles comprising a substance, temperature is the measurement in degrees of how hot (or cold) a thing (or a place) is. The distribution of temperature varies both horizontally and vertically.

This article will provide information about the Distribution of Temperature in the Earth’s Atmosphere in the context of the IAS Exam.

This topic is part of the Geography section of the UPSC Syllabus.

The candidates who are preparing for competitive exams can read more relevant information from the links provided below:

The temperature of the air at any place is influenced by the following factors:

To read more about the Factors Controlling Temperature Distribution, check the linked article.

The temperature distribution globally can be explained in two ways: 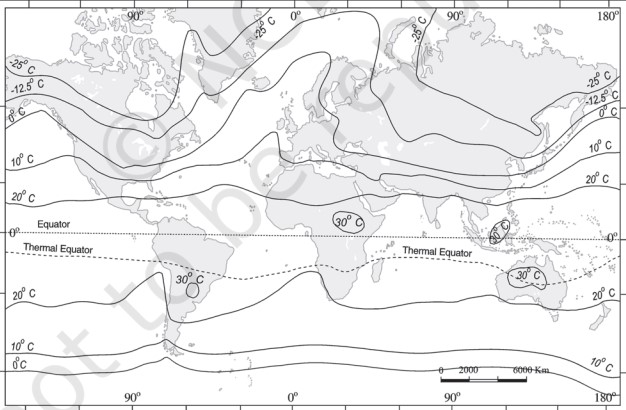 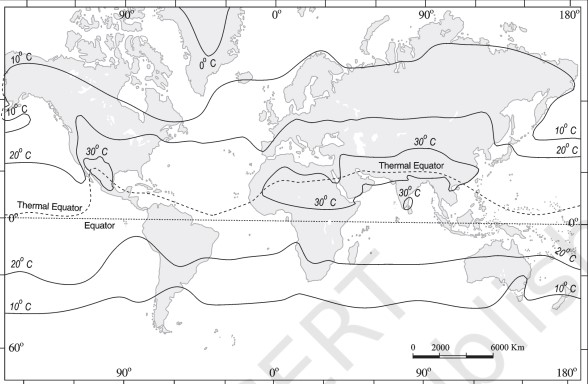 To read more about Temperature Inversion, check the linked article.

Distribution of Temperature in the Earth’s Atmosphere – FAQ for UPSC

What is the annual range of temperature?

The difference between the average temperature of the warmest and the coolest months is known as the annual range of temperature.

Which place is called the ‘cold pole’ of the Earth?

Verkhoyansk in Siberia records 66 °C, the highest annual range of temperature in the world. Its lowest average winter temperature is -50 °C. Hence, it is aptly called the ‘cold pole’ of the earth.

What is solar radiation and insolation?

The sun is the primary source of energy on the earth. This energy is radiated in all directions into space through short waves. This is known as solar radiation. Incoming solar radiation through short waves is termed insolation. The amount of insolation received on the earth’s surface is far less than that is radiated from the sun because of the small size of the earth and its distance from the sun.