Rajya Sabha TV programs and discussions are very insightful and informative from a UPSC perspective. In this article, we provide a gist of the RSTV Big Picture debate on retrospective taxation. This topic is important for the economy section under the UPSC syllabus. The Taxation Laws (Amendment) Bill, 2021 passed by Lok Sabha offers to drop tax claims against companies on deals before May 2012 that involve the indirect transfer of Indian assets on the fulfilment of specified conditions including the withdrawal of pending litigation and the assurance that no claim for damages would be filed.

Before discussing all the aspects of the issue, a few concepts require a brief introduction:

As per the Income Tax Act, 1961, capital gains arise when a capital asset is sold over and above its cost of acquisition; and Capital Gains Tax is tax paid on the profits made from selling these notified capital assets.

Retrospective Amendment to the Finance Act: 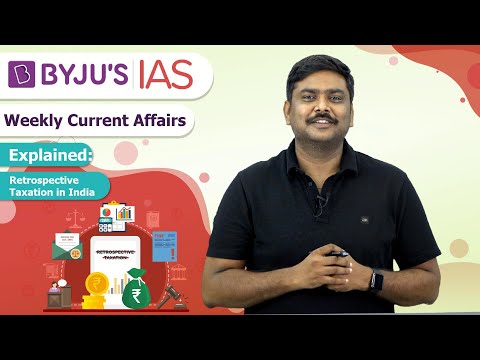 Conditions required under the Amendment:

The government should be watchful about the successful and timely implementation of the law because this is an opportunity to address some stressed sectors such as the telecom sector and the oil exploration sector. This amendment will attract investments into the country.