In this article, we feature the discussion on the topic: Constitution Day. 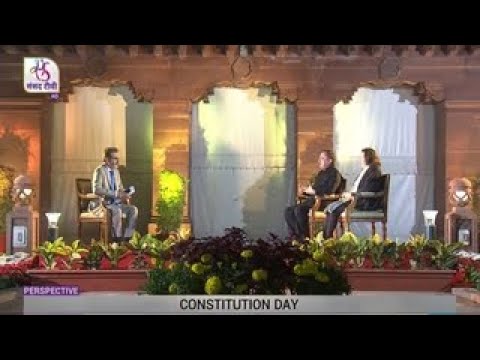 Turning the pages of history takes us back to the year 1949 when the Constituent Assembly adopted, enacted and gave to the entire nation the Indian Constitution.

In order to enliven the fascinating tales of framing of the Constitution of a free and sovereign India, every 26th day of November is commemorated as the Constitution Day which is also referred to as the National Law Day. The Constitution was drafted with a dynamic approach that addressed the changing demands of the nation and encouraged suggestions from all the committees of the Constituent Assembly. Therefore, the Indian Constitution is the supreme law of the land that stood firm in protecting the rights of the people amidst the darkest phase of our past and continues to protect our rights from the tyranny of the executive. The year 2021 witnessed the celebration of the 72nd Constitution Day.

Where is the Original Constitution?

Also read: Separation of Powers in the Indian Constitution

Parliamentary Form of Government in the Indian Context:

The Federal System with a Unitary Bias:

Read More about Article – 3 in the given link

The approach required in the upcoming days: