The Indian Council for Cultural Relations (ICCR) celebrates its foundation day on 9th of April.

Role of ICCR in the present world:

The Afghan government freed 100 Taliban prisoners as a first step in a peace process with the radical elements.

The Standing Committee of the National Board for Wildlife (NBWL) had its first-ever video-conferencing meet where infrastructure projects in 11 States were cleared.

2. Poaching, not virus, is the bigger threat, says tiger expert

Wildlife scientist and an expert on tiger conservation has cautioned that a spurt in poaching during the lockdown period poses a greater threat to wildlife than the coronavirus.

A pest attack has added to the COVID-19-related woes of Assam’s farmers. However, it is confined to a district.

In doing so, they have acted not merely as “laboratories of democracy”, to paraphrase the former U.S. Supreme Court Justice Louis Brandeis, but also as founts of reasoned authority.

Equally, though, as much as State governments have taken up positions of leadership, they have repeatedly found themselves throttled by the limitations.

The Seventh Schedule to the Constitution divides responsibilities between Centre and the states.

This federal architecture is fortified by a bicameral Parliament.

In formulating this scheme of equal partnership, the framers were conscious of a need to make States financially autonomous. To that end they divided the power to tax between the two layers of government to ensure that the authority of the Union and the States did not overlap.

Despite this plainly drawn arrangement, the Union has repeatedly displayed a desire to treat States, as the Supreme Court said in S.R. Bommai v. Union of India, as mere “appendages of the Centre”. Read more on the S.R. Bommai Case.

Attempts to provide more funds to the states

Other measures that have proved to be damaging

1. For better use: On MPLADS funds

Criticism about the scheme

1. No lockdown for abuse

Why increase in domestic violence cases?

1. It’s time for the Red Berets

How is the WHO funded?

Since the WHO is not able to fight the pandemic effectively we need a composite force that has the capabilities of massive sanitisation, testing, hospitalisation and providing support systems. The only UN body which has the training for assembling fighting forces for emergencies is the Department of Peace Operations.

A force under Chapter VII

The UN Security Council (UNSC) stands paralysed because of petty battles on the name of the pandemic, its origin and the need for transparency. It should hold an emergency meeting and authorize the UN Secretary General to put together a force under Chapter VII of the UN Charter.

An expert committee headed by a former Kerala Chief Secretary has recommended a phased relaxation of the lockdown to contain COVID-19 for areas outside the seven hotspot districts in the State.

Phase I relaxation: For qualifying for Phase 1 relaxation, there has to be not more than one new case in the district for the entire week prior to the date of review on April 14. No increase more than 10% of the number of persons under home surveillance in the district and no hotspots of COVID-19 anywhere in the district as identified by the Health Department are the other criteria fixed.

Criteria for Phase II: A district will qualify for Phase II relaxation at the time of second review only if there is no more than one new case for the entire fortnight prior to the date of review. Not more than a 5% increase in the number of persons under home surveillance from the date of the previous review and no infection hotspots are the additional criteria.

Phase III relaxation: A district will qualify for Phase III relaxation only if there is no new case of infection in that district for the fortnight prior to the date of review. Also, a decrease of more than 5% of the number of persons under home surveillance from the date of the previous review and no hotspots anywhere in the district are needed. 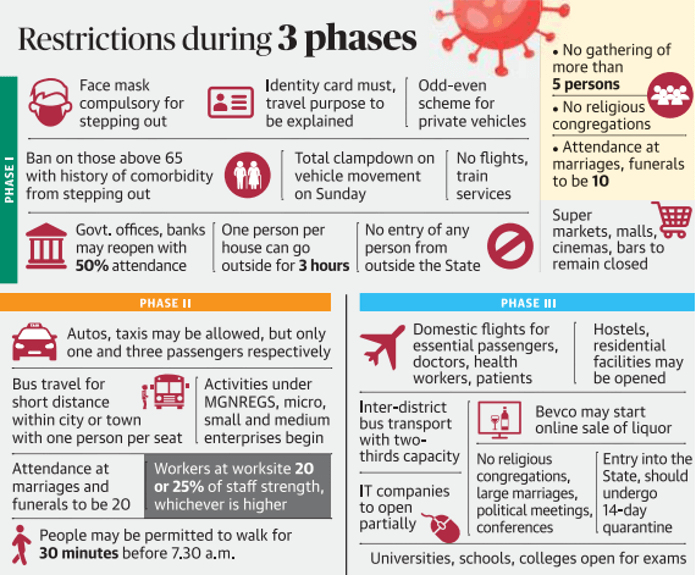 2. Virus hits both genders equally, except in 2 nations

An analysis of global data shows that, in a striking contrast with many countries, men in India more than women appear disproportionately likely to test positive for COVID- 19. 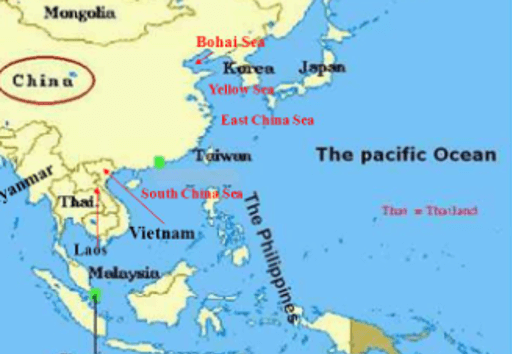