African-Asian Rural Development Organization (AARDO) was formed in the year 1962 as an autonomous inter-governmental organization. AARDO comprises of 33 member countries which include 17 African member countries and 15 Asian countries. Headquartered in New Delhi, India, AARDO aims in developing an understanding between the member countries for promoting welfare and eradicating thirst, hunger, illiteracy and poverty among the people.

African-Asian Rural Development Organization is an important topic for the IAS Exam. Candidates can also download the notes PDF at the end of this article.

UPSC and other government aspirants can also refer to the List of Important Organisations and their Headquarters at the linked article. 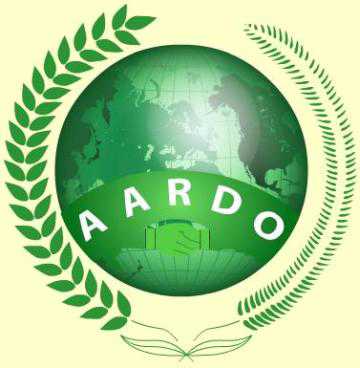 India is one of the founding members of the African-Asian Rural Development Organisation and is considered as the largest contributor in terms of membership. AARDO collaborates with various international organizations for the economic and social welfare of the rural community.

The first Afro-Asian Conference on Rural Reconstruction was held in New Delhi in the year 1961 as an initiative towards the development of AARDO.

Candidates must also get updated with the latest UPSC Syllabus and related links given below:

After the Second World War in the 1950s, the majority of the Asian and African countries demanded the overall development of their regions. As a result, the two countries came forward to discuss the challenges and ensuring mutual help to each other.

Dr. Punjabrao S. Deshmukh, the then India’s Union Minister of Agriculture and Dr. Hiroshi Nasu, the then Ambassador of Japan to India, addressed the idea of establishing a forum for the Asian countries to jointly discuss their issues. This led to the first East Asian Rural Reconstruction Conference that was held in Tokyo in August 1955 with the participation of twelve countries, namely, Cambodia, RO China, India, Indonesia, Japan, Malaysia, Nepal, Pakistan, Philippines, Sri Lanka, Thailand and Vietnam.

The first Afro-Asian Conference on Rural Reconstruction was held in New Delhi in the year 1961 as an initiative towards the development of AARDO. The conference was inaugurated by then President of the Republic of India, Dr. Rajendra Prasad and was attended by twenty-three nations of Africa and Asia and five international organisations. The Conference constituted an Executive Committee with Dr. Punjabrao S. Deshmukh as the President.

The second session of the African-Asian Conference on Rural Reconstruction was held in Cairo during 19-31 March 1962 where the President of the Conference along with the Constitution from Egypt, India, Japan, Libya and Malaysia declared that the constitution of AARDO will come into force with effect from 31st March 1962. Thus, the Afro-Asian Rural Development Organization was formed initially consisting of five members and its headquarters provisionally located at New Delhi.  On 5th March 1966, a formal agreement between the Ministry of External Affairs of the Government of India and the Secretary-General, AARDO was signed.

The African-Asian Rural Development Organization was established as an initiative for promoting coordinated efforts, exchange of experiences and cooperative action for furthering the objectives of development of the rural areas. AARDO mainly focused on promoting cooperation among the Asian and the African countries to eradicate hunger, thirst, poverty and illiteracy.

The organization also aims to recognise the need among the Asian-African countries for mutual cooperation in the field of agriculture and rural development. AARDO also collaborates with different international organisations for the economic and social welfare of the rural community.

The external relation of India with other countries and organizations are an important part of the UPSC Syllabus. Candidates preparing for UPSC 2021 should have a clear concept on these topics to secure good marks.

Q 1. What is the objective of AARDO?

Ans. The Organization was set up with a view to promoting coordinated efforts, exchange of experiences and cooperative action for furthering the objectives of development of the rural areas.

Q 2. When was the First Afro-Asian Conference on Rural Reconstruction held?