Difference Between Vedas and Puranas

Vedas and Puranas are important texts that define Indian culture at its finest. Yet there are certain fundamental differences between them.

The Vedas are a large body of religious texts composed in Vedic Sanskrit and are widely regarded as the oldest scriptures of Hinduism.

The Puranas are a vast collection of Indian literature that cover a wide range of topics, such as legends and traditional folklore. 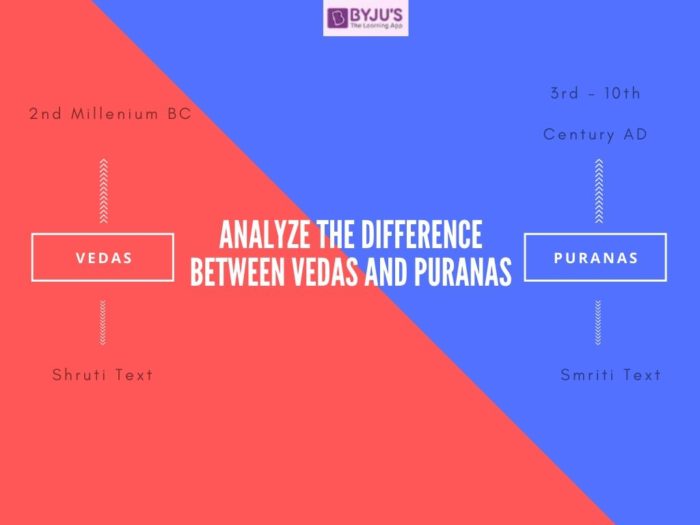 This article will further highlight the differences between Vedas and Puranas within the context of the IAS Exam.

Differences between Vedas and  Puranas

Both Vedas and Puranas are topics covered under the Indian History segment of the UPSC IAS Exam. Aspirants can refer to the below links to study from this segment:

FAQ about Vedas and Puranas

What are the subjects dealt in Puranas?

The puranas deals with five subjects which include the primary creation of the universe, secondary creation after periodic annihilation, the genealogy of gods and patriarchs, the reigns of the Manus (the first humans), and the history of the solar and lunar dynasties.

What are the four main Vedas?