Rajya Sabha TV programs and discussions are very insightful and informative from a UPSC perspective. In this article, we provide a gist of the RSTV Big Picture debate on draft drone rules unveiled by the Ministry of Civil Aviation. This topic is important for the polity as well as security sections under the UPSC syllabus. 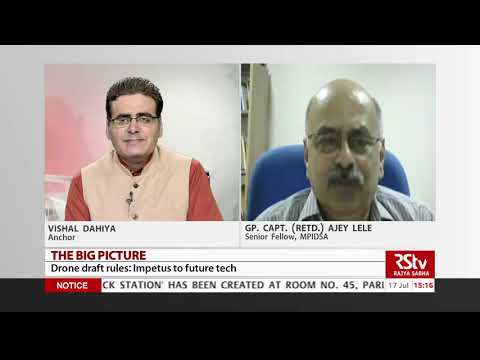 The Ministry of Civil Aviation recently released the draft Drone Rules 2021. The focus is on giving a big push to new-age technology and its implementation on the ground. Now, these rules will make it much easier for individuals and companies to go ahead and operate drones and will also make the certification process a little simpler for manufacturers and other stakeholders.

Read more about the Draft Drone Rules, 2021 in the linked article.