Kurukshetra Magazine is a vital source of study material for the UPSC IAS exam. It is a monthly magazine that gives information about important government schemes and programmes in various sectors. Kurukshetra is an authentic source of information for the UPSC Exam. Here, we provide the Gist of Kurukshetra, exclusively for the IAS Exam. The socio-economic status of the STs:

Organisations for Development of Scheduled Tribes:

Welfare Schemes for STs Administered under Ministry of Tribal Affairs 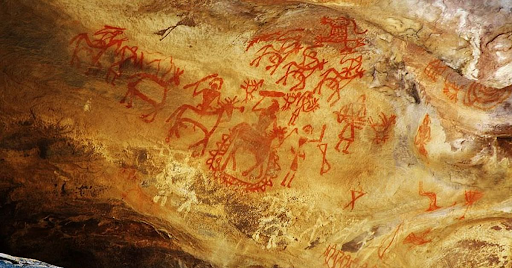 Read more on Art and culture of Indus Valley Civilisation 2. Dumhal Dance: it is performed in  Jammu and Kashmir by the Watal tribe.

3. Hojagiri Dance: Performed in the state of Tripura by the Reang people.

5. Gussadi: By Raj Gonds in Telangana.

Initiatives to promote livelihood opportunities for tribals in India:

Status of Education among STs: Genesis of Educational Policies and their Focus on Tribal Education:

Schemes for uplifting the education amongst tribal communities:

2. National Fellowship and Scholarship for Higher Education of ST students:

4. Lack of Teachers and Appropriate Pedagogy:

Universal access to quality education to all children is the key to India’s continued ascent, and leadership at the global stage in terms of economic growth, social justice and equality, scientific advancement, national integration, and cultural preservation.