Assassination of Mahatma Gandhi - [January 30, 1948] This Day in History 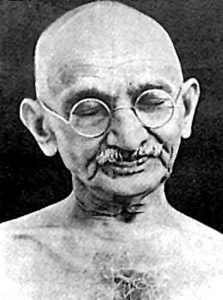 On 30 January 1948, the Father of the Nation, Mahatma Gandhi was assassinated while on his way to a prayer meeting at New Delhi by a gunman.

Read about the rise of Gandhi in Indian Freedom Struggle in the linked article.