Context: Recognizing the significance of issues relating to attribution of profits to a permanent establishment as well as the need to bring greater clarity and predictability in the applicable tax regime, a Committee was formed by CBDT to examine the existing scheme of profit attribution to PE under Article 7 of DTAAs and recommend changes in Rule 10 of the Income-tax Rules, 1962. The Committee has submitted its report and it has been decided to seek suggestions/comments of the stakeholders and the general public.

What is a Permanent Establishment?

A Permanent Establishment in India is a fixed place of business, wholly or partly carried out by a foreign enterprise operating in India.

Such fixed place of business can be a branch office, a place of management, a factory, a warehouse, a workshop etc. However the definition of permanent establishment differs in each tax treaty.

The significance PE lies in the fact that “business profits” of a foreign enterprise can be taxed in India only if it has a PE in India and the profits are attributable to the PE. Even the amount for “royalty” or “fee for technical services” received by foreign enterprises will be taxed in India as business profits if they are attributable to a PE in the country.

Suspension of LoC Trade between J&K and PoJK 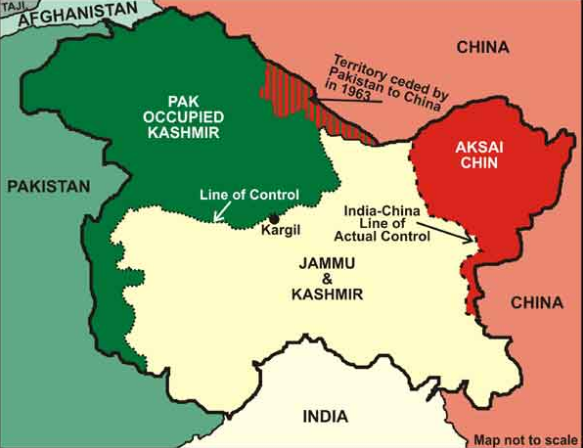 Context: India suspended Line of Control (LoC) trade between Jammu & Kashmir and Pakistan-occupied Jammu & Kashmir with effect from 19-04-2019 after receiving reports that the cross-LOC trade routes were being misused by Pakistan-based elements for funnelling illegal weapons, narcotics, fake currency, and so on.