Rajya Sabha TV programs like ‘The Big Picture’, ‘In Depth’ and ‘India’s World’ are informative programs that are important for UPSC preparation. In this article, you can read about the discussions held in the ‘Big Picture’ episode on “China vs Taiwan” for the IAS exam. 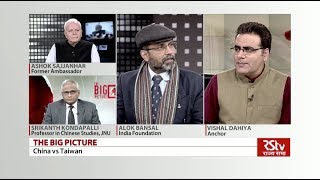 What is the “one country, two systems” approach?

Sān tōng or the Three Linkages:

It steered an increase in the economic interdependence between the two countries, but it raised concerns about Taiwan being pulled into mainland China.

Why did the ruling DPP pass the Anti-Infiltration Bill before the upcoming elections?

Which of the following options are correct?

D) All the above statements are true.