1. This time in Africa

3. Towards a continental shift

1. Govts must explain, explain, explain. Potential beneficiaries of reforms are unorganised, they don’t know they will ultimately benefit: Arun Shourie, former minister,MP,economist with the World Bank, consultant to the Planning Commission

d) Road shows to be held in the USA and Canada to promote Discovered Small Fields Bid Round 2016; Shri Dharmendra Pradhan to launch Houston Road-Show

a) On a railroad from Russia to Iran

a) Two more IS suspects arrested in Hyderabad

d) Retail inflation at 22-month high in June; industrial output up 1.2% in May

Possible reasons for the recent unrest in Kashmir

3. Towards a continental shiftTopic: India and Africa

The Indian Express
1. Govts must explain, explain, explain. Potential beneficiaries of reforms are unorganised, they don’t know they will ultimately benefit: Arun Shourie, former minister,MP,economist with the World Bank, consultant to the Planning Commission(Excerpts from interview )

PIB
a) Ministry of Home Affairs reviews the security of Indo-Bangladesh Border in view of the recent incidents in Bangladesh A meeting was held in the Ministry of Home Affairs here today with senior officials of 5 bordering States on Indo-Bangladesh Border i.e. Assam, West Bengal, Tripura, Meghalaya and Mizoram. The meeting was chaired by the Secretary (Border Management).An Institutional Mechanism was agreed according to which DGPs of all bordering States will hold monthly meetings with IGs of BSFs in charge of that State regularly for effective coordination at State level to enhance security along the Indo-Bangladesh Border (IBB). This forum will ensure that FIRs are lodged by State police based on the complaints filed by BSF leading to arrest, investigation, charge sheet & conviction in border crimes.
b) China Railway Construction Corporation Limited Keen to Participate in NHAI Projects A high level delegation from the China Railway Construction Corporation Limited (CRCC), a Government of China Enterprise, led by its Chief Economist Mr Zhao Jinuha met the Chairman, National Highways Authority of India and a team of NHAI officers in New Delhi. CRCC is one of world’s largest integrated engineering contractor and construction group with over 100 billion US Dollars of revenue and a market capitalization of around 250 billion US Dollars.

The NHAI Chairman explained that they have projects lined up for upgradation of 2-lane National Highways totaling 50000kms, various special expressway projects of around 15000km and a part of the National Highways Development Programme (NHDP) over the next few years. NHAI is also looking at various other connectivity projects in India for bypasses and ring roads around major cities contributing towards the Smart Cities Projects. CRCC expressed keen interest to participate in the upcoming projects of NHAI under Engineering, Procurement and Construction (EPC) and Hybrid Annuity Model.

Note: Hybrid Annuity Model: The government will contribute to 40% of the project cost in the first five years through annual payments (annuity). The remaining payment will be made on the basis of the assets created and the performance of the developer. Here, hybrid annuity means the first 40% payment is made as fixed amount in five equal installments whereas the remaining 60% is paid as variable annuity amount after the completion of the project depending upon the value of assets created

c) Chief of the Naval Staff commissions INS karna – Marine Commandos get a new Base at Visakhapatnam  Admiral Sunil Lanba, Chief of the Naval Staff commissioned the Marine Commandos Unit as ‘INS Karna’ in a solemn ceremony held at the Naval Base at Bheemunipatanam today, 12 July 2016
d) Road shows to be held in the USA and Canada to promote Discovered Small Fields Bid Round 2016; Shri Dharmendra Pradhan to launch Houston Road-Show Road shows in Houston, United States of America and Calgary, Canada will be held as part of process of promoting the Discovered Small Fields Bid Round 2016. Houston road show is scheduled on 14th and 15th July, 2016 while the Calgary road show will be held on 18th and 19th July, 2016.

Discovered Small Fields bidding was launched in New Delhi on 25th May, 2016. Subsequently, Road-Shows for this round were held in Mumbai and Guwahati. Under this round, 67 DSF of ONGC and Oil India Ltd, which could not be monetized during previous years, are being offered for international bidding. Progressive administrative and fiscal procedures have been introduced in this bidding process in sync with best international practices.

The Business Line:
a) On a railroad from Russia to IranTopic: Trade 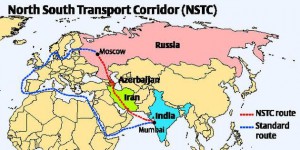 Quick Bits and News from States
a) Centre plans unified science syllabiThe Union government has set the ball rolling on bringing about a convergence in the core syllabi of science subjects and question paper designs across State and central boards.Board examination marks now get weight in the IIT-JEE, though this will go from the next year. Many feel that the lack of parity may deny a level-playing field to students from across the country in any admission that counts Class XII marks.
b) HAL, Safran to set up MRO ventureHindustan Aeronautics Ltd. and France’s Safran Helicopter Engines announced that they will jointly set up a helicopter engines maintenance, repair and overhaul (MRO) centre to service Indian and foreign customers using Safran’s aero engines.

The location of the centre is slated to be announced in the coming months and the companies did not disclose the investment or the equity stakes in the venture.

The centre will provide MRO services for Safran TM333 and the co-developed Shakti engines that are used in helicopters built by HAL.

c) Retail inflation at 22-month high in June; industrial output up 1.2% in MayA sharp jump in the prices of vegetables drove up food costs and fanned consumer price inflation to its fastest pace in 22 months, government data released on Tuesday showed.

The 5.77 percent reading in June was marginally higher than May’s 5.76 per cent and compared with the 5.40 per cent in June 2015. The figure is likely to be transitional in nature and should see some downward movement post-August when new supplies of vegetables hit the market.According to another set of data released by the statistics ministry, industrial output showed an uptick in May. The Index of Industrial Production (IIP) recorded a 1.2 percent year-on-year growth – helped by a six percent growth in the output of consumer durables such as washing machines, televisions and refrigerators.

d) Promote labour-intensive industries: NITI AayogIn a meeting with central trade unions and industry bodies,the  NITI Aayog Vice-Chairman  stressed upon the need to promote labour-intensive industries in the country in a bid to create jobs.This was the first time that the government think-tank held a meeting with the trade unions.
e) ‘Flat fee optimal for spectrum use’The Telecom Regulatory Authority of India (TRAI) on Wednesday said the weighted average formula, as suggested by the telecom department, for calculating the annual charge that operators pay to use airwaves “is at best a temporary solution”.The new formula takes into account the ‘bid values’ by telecom service providers (TSPs) for each band. The authority reiterated “its consistent position that the SUC regime must transition from a slab based regime to a flat ad valorem regime. The ease of implementation, level playing field and encouragement to bidders to participate in the auction are key rationales for such a position being taken.
f) India seeks market access for sesame seeds in JapanIndia will seek greater market access in the Japanese market for its farm products such as sesame seeds as well as for its services professionals including nurses, when senior officials of both the countries meet on July 28 in New Delhi.The July 28 meeting will be that of the (India-Japan) Joint Committee — a panel set up following the signing of the bilateral Comprehensive Economic Partnership Agreement (CEPA) in 2011. The committee’s functions include reviewing the CEPA and suggesting amendments to the pact to boost bilateral trade and investment.

g) China sank fishing boat in the disputed region: VietnamVietnam has accused the Chinese coastguard of sinking a fishing boat near a disputed island chain, authorities said on Tuesday
h) Suresh Prabhu-led Indian Railways banks on ‘Tri-Netra’ to avoid train accidentsIndia will be the first country to use Terrain Imaging for Diesel Drivers- Infrared Enhanced Optical and Radar Assisted or ‘Tri-Netra’ in railways for monitoring obstructions on tracks to prevent mishaps, claims Indian Railways.

This device will alert the drivers of any physical obstruction on railway tracks ahead and thus avert accidents. This will prove to be more useful during nights and in foggy conditions when drivers have to constantly look outside the locomotive to assess the condition.