India’s national capital New Delhi is known for being one of the world’s most polluted cities, with the problem getting particularly severe in the winter months. What is the reason for Delhi’s air pollution? What are the mitigation measures being taken by the government? In this article, you can read all about Delhi’s air pollution problem and the ways this can be resolved. This is an important topic for the UPSC exam environment and ecology segments.

The article is important for the Environment section of the UPSC Syllabus.

The aspirants can read more relevant information from the links provided below:

The problem, however, is particularly severe in the capital Delhi and its adjoining areas, commonly called Delhi – NCR.

But what makes Delhi’s air pollution so severe compared to the rest of the country, and what specifically makes it more harmful during the winter months? This is discussed in the following sections.

Causes of Air Pollution in Delhi

Air pollution is the introduction into the atmosphere of chemicals, particulates, or biological materials that cause discomfort, disease, or death to humans, damage other living organisms, damage the natural and the built environment. 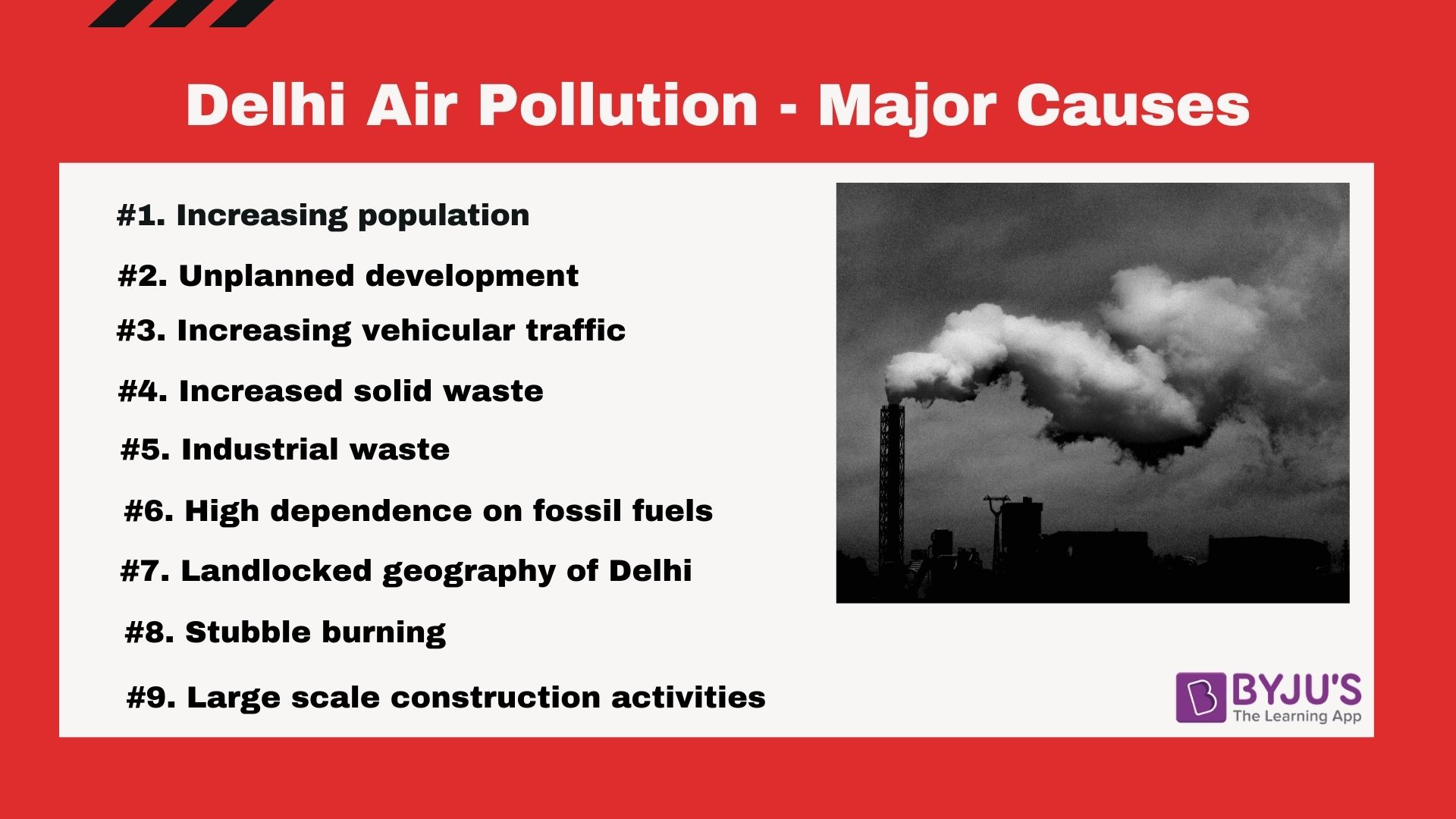 The severe air pollution that affects life is not restricted to Delhi but to a huge airshed around it that includes the NCR. This encompasses Gurgaon, Faridabad, Ghaziabad, Noida, places in Haryana, UP, and even Alwar (Rajasthan).

The most important causes of air pollution in Delhi and adjoining areas are as follows:

Various steps have been taken by the government (central and state governments) to tackle the menace of air pollution in Delhi-NCR. Some of the measures are given below.

Reducing air pollution in the national capital is a pressing need for which both the governments and the citizens should play their part. The government should enforce all the legislations necessary and see to it, and they are properly implemented. Citizens should comply with the laws and regulations and do their part as well. Afforestation measures should be encouraged. Renewable energy sources should be adopted more and the usage of electric vehicles encouraged, for which the necessary infrastructure should also be built. Farmers should also be provided with viable alternatives to stubble burning.