Rajya Sabha TV programs like ‘The Big Picture’, ‘In Depth’ and ‘India’s World’ are informative programs that are important for UPSC preparation. In this article, you can read about the discussions held in the ‘Big Picture’ episode on “NBFCs & IBC” for the IAS exam.
Aspirants can find information on the structure and other important details related to the IAS Exam,in the linked article. 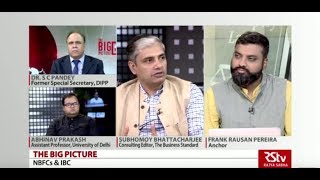 What’s the role of RBI?

Should banks be included under the IBC?

Factors for the inclusion of NBFC under IBC:

Inclusion of NBFCs under IBC: