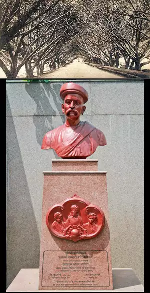 On 22 June 1897, brothers Damodar Hari Chapekar and Balkrishna Hari Chapekar assassinated British official W. C. Rand and his military escort Lieutenant Ayerst at Pune, Maharashtra. This was the first case of militant nationalism in India after the 1857 Revolt.

This article explains the details of the incident that took place during the Chapekar brothers case.

This is an important topic for the UPSC 2022 exam.