1. SC warns of challenge to GM mustard roll out

Issues with Section 498A

1. Indian government cuts down on US lobbying to lowest in 7 years

3. From plate to plough: Everybody loves a good crop

Three critical steps in this process

Challenges in the implementation

1. Turmeric can be used to fight cancer in children, find U.S. scientists 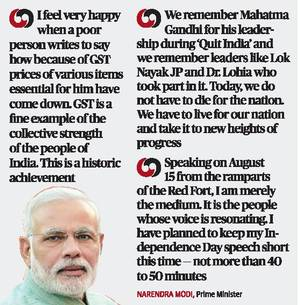 Choose the correct statements from the option given below

Choose the correct statements from the option given below.

Choose the correct statements from the option given below

Rajgir, the ancient capital of the Magadhan empire in Bihar is held sacred by both Buddhists and Jains for its association with the Buddha and Mahavir. Department of Tourism, Bihar holds a colourful festival of dance and music, Rajgir Mahotsav or Dance Festival every year in Rajgir.

The Manipur Sangai Festival is an annual calendar mega-event of the Government of Manipur spearheaded by the Tourism Department that seeks to showcase and promote the finest of Manipur’s arts & culture, adventure sports, indigenous cuisines, handloom & handicrafts, fine arts, indigenous games & music and various other niche products to a regional, national and global audience.

He found a number of malpractices prevailing in the department assigned to him. For example, funds under various schemes and grants were being misappropriated. The official facilities were frequently being used for personal needs by the officers and staff. After some time, he noticed that the process of recruiting the staff was also not up to the mark. Prospective candidates were required to write an examination in which a lot of cheating was going on. Some candidates were provided external help in the examination. Rameshwar brought these incidents to the notice of his seniors. However, he was advised to keep his eyes, ears and mouth shut and ignore all these things which were taking place with the connivance of the higher-ups. Rameshwar felt highly disillusioned and uncomfortable. He comes to you seeking your advice.

Indicate various options that you think are available in this situation. How would you help him to evaluate these options and choose the most appropriate path to be adopted? (250 words.)