3. China reaching out to Bhutan as part of new South Asia policy

1. The history of trouble in Balochistan

4. Must Read:An avoidable war of attrition

1. Must Read: Tackling poverty in India: Key lessons on road to sharing prosperity

1. President’s greetings on the eve of Parsi New Year

2. Ancient camping site dating 8500 BC discovered by ASI at 14000 feet above sea level on the way to Saser La to Ladakh

3. NHAI collaborates with PFC under Adopt a Green Highway Program

5. Move to bring all airports under CISF cover 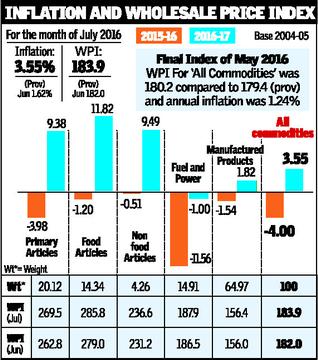 b) Read: IceCube sees no evidence of sterile neutrinos

Talks about an optical detection method developed by Indian scientists to spatially locate algal blooms in the Arabian sea and thereby provide valuable info to fisherfolk.

4. Must Read: An avoidable war of attrition
The Indian Express
PIB
1. President’s greetings on the eve of Parsi New Year The Parsi Community of India has played a major role in the building of our nation and contributed immensely to development of our country in various spheres, including industry, commerce, trade and education.

The Navroz festival signifies the coming of the new and passing of the old.

2. Ancient camping site dating 8500 BC discovered by ASI at 14000 feet above sea level on the way to Saser La to Ladakh An ancient camping site dating ninth millennium BC has been discovered by the Archaeological Survey of India (ASI), under Ministry of Culture, on the way to Saser La which leads to the Karakoram Pass in Ladakh. While exploring in Nubra valley during 2015-16, Dr. S.B. Ota, Joint Director General in ASI observed both sides of hill and valley as the serpentine road, gradually climbed along the Saser Stream. After covering a distance of about 22 km, he noticed a section, exposed due to road construction, showing successive layers comprising burning residue and immediately stopped to explore the area. It was a small flat area with snow-covered peaks on one extreme, dry barren land with loose rocks all around and gushing stream within the deep western gorges, an ideal place for camping in a picturesque setting.

A charcoal sample collected from the Site, was subsequently sent to BETA LAB, Florida, USA, for radiocarbon date determination in order to understand the antiquity of the above stated camp-site. The outcome i.e. 8500 BC (10500 years before present) was beyond even ASI’s expectation. Such an early antiquity on the basis of a scientific date was the very first for that region.

This event is historic as this marks the first collaboration with the National Green Highways Mission – NHAI under their ‘Adopt a Green Highway’ Program. Adopt a Green Highway Program is an initiative by NGHM to engage Corporates, Public Sector Units, Governmental organizations, institutions and individuals under CSR and Public Private Partnership for developing green corridor along NHs.

The Union Minister for Water Resources, River Development and Ganga Rejuvenation has hailed the performance of WAPCOS Ltd, a PSU of her Ministry. Referring to the successful construction of Salma dam in Afghanistan by the company the Minister said such activities not only bring name and fame to the company but also create tremendous goodwill for the country.

Must Read: How India banked on reforms

Note: It can be advised not to skip an article by C. Rangarajan

Russia on Tuesday announced for the first time it had flown bombing raids against jihadist groups in Syria from an airbase in Iran after deploying its warplanes to the country.

The raids mark a shift in Moscow’s military strategy in war-torn Syria, where its bombing campaign in support of long-time ally Bashar Al-Assad had until now been flown out from bases in Russia and the Russian airbase in Syria.

2. Tata Power Solar commissions 100 MW project for NTPC Tata Power Solar, one of the country’s largest integrated solar companies, on Tuesday announced that it had successfully commissioned a 100 MW solar project for NTPC in Anantapur, Andhra Pradesh. This is the biggest solar project commissioned using domestically manufactured solar cells and modules, the company said in a release. The plant is expected to generate nearly 160 million kWh of energy per year and help offset approximately 110,000 tonnes of carbon dioxide emissions in its first year of operation.
3. J&K resettlement law: SC hints referring it to larger BenchThe Supreme Court on Tuesday said it may refer to a Constitution Bench a plea challenging the validity of the Jammu and Kashmir Resettlement Act if it finds that some issues needed interpretation of the Constitution.

The Act envisages grant of permit for resettlement of Pakistani nationals who had migrated to Pakistan from Jammu and Kashmir between 1947 and 1954 after India’s partition.

4. Draft Ganga Act to draw from Highways ActA first-of-its-kind bill to regulate a river — the Ganga Act, as it is now called and being drafted by experts — will draw from the National Highways Act and allow the Centre final say over States during disputes over management of its water, said a top official in the water ministry.

The National Highways Authority of India Act empowers the Central government to have complete power over roads designated as “national highways.” It also gives them authority over bridges, culverts and associated land stretches near highways. There was lack of consensus between the Ganga States on how money allotted should be spent though, according to officials associated with the project.

5. Move to bring all airports under CISF coverThe Home Ministry has turned down the Civil Aviation Ministry’s proposal to raise a separate force for aviation security. Instead, the government wants to bring all airports under the Central Industrial Security Force (CISF), a senior Home Ministry official said.The decision comes in the wake of the attacks on Brussels’ Zaventem airport and Metro. A plan is also under way to de-link the cost of security personnel, now borne by the airport developer, as security is a “sovereign function.”