The Coalition for Disaster Resilient Infrastructure (CDRI) is an international partnership of governments and other agencies working to promote resilience to disasters. Promoted by the Indian Prime Minister Narendra Modi, the CDRI is an important global endeavour. In this article, you can read all about the CDRI for the IAS exam and other government exams also.

What is the Coalition for Disaster Resilient Infrastructure?

The Coalition for Disaster Resilient Infrastructure is a partnership between national governments, United Nations programmes and agencies, development banks, academic institutions and the private sector.

India is also behind the formation of another key international organisation, the International Solar Alliance (ISA). Read more on the ISA in the link provided.

Read more about disaster management in India in the link.

The objectives of the CDRI are as follows: 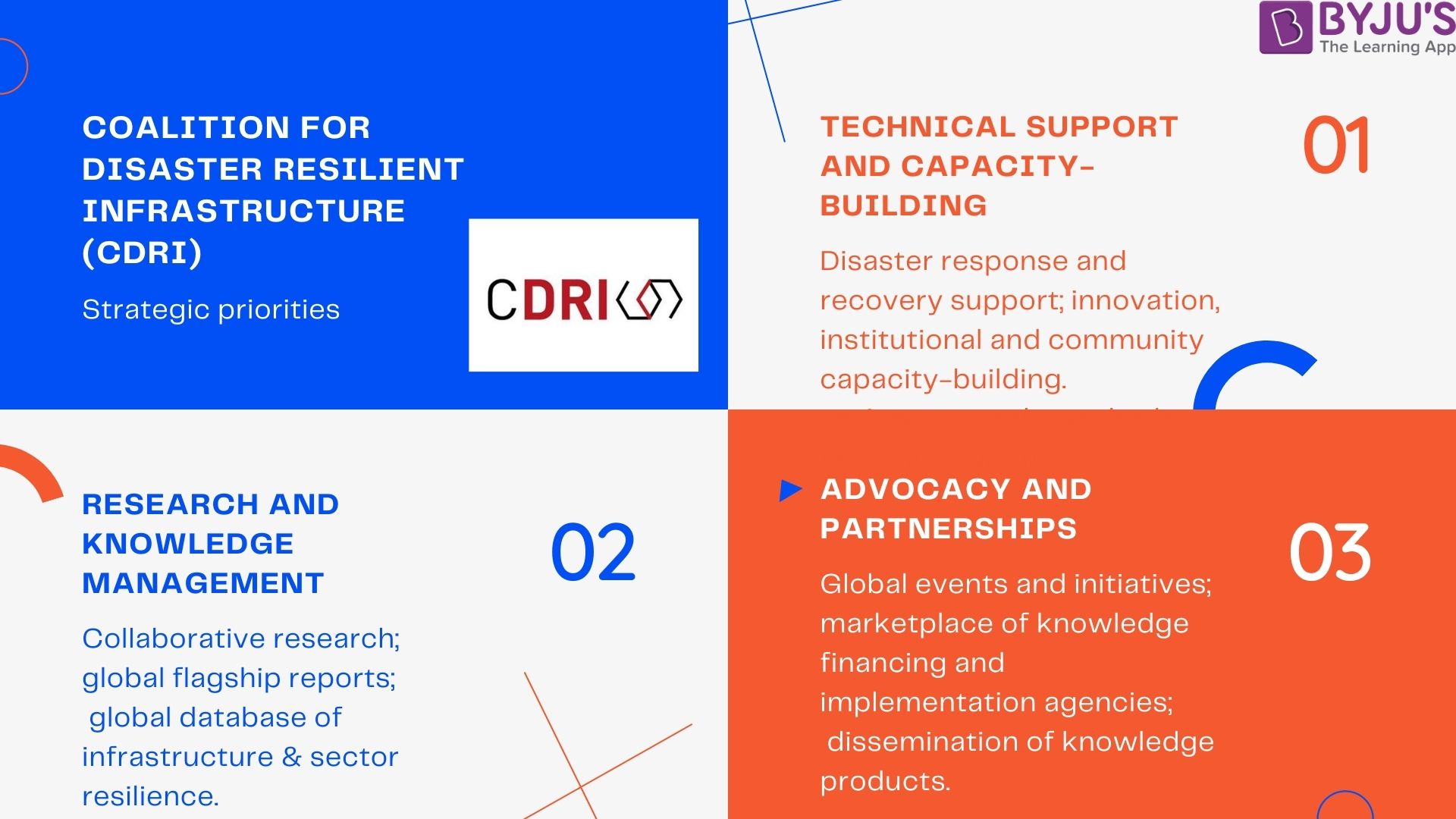 A major part of the funding required to cover costs for the first five years has been provided by India. The members are not obliged to make any financial contributions to the coalition. However, they can voluntarily contribute financially or in other ways such as assigning experts to the CDRI Secretariat, hosting meetings and workshops and travel support.

The following table gives the list of member-countries of the Coalition for Disaster Resilience Infrastructure:

The next table gives the list of partner organizations of the CDRI:

Significance of CDRI for India

What is Disaster Resilience?

Disaster resilience is the ability of individuals, communities, organisations and states to adapt to and recover from hazards, shocks or stresses without compromising long-term prospects for development.

Where is the Coalition for disaster resilient infrastructure located?

The CDRI’s Secretariat is located in New Delhi, India.

What is Sendai Framework?

It is a voluntary framework with an overall objective to substantially reduce disaster risk and losses in lives, livelihoods and health in the environmental, cultural, social, physical-economic assets of people, communities and businesses.

Is there any link between CDRI and China’s BRI?

Although CDRI may be seen as India’s response to China’s ambitious BRI, the CDRI is not an attempt by India to fund or develop infrastructure projects in other countries.

Is there any link between CDRI and ISA?

Both can be seen complementing each other’s activities, although ISA is a treaty-based organisation and CDRI, in its present form is not. The ISA is involved in climate change mitigation through the deployment of more solar energy replacing fossil fuels, the CDRI is about adapting to climate change through disaster resilient infrastructure.