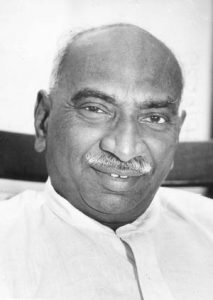 Veteran INC leader and freedom fighter K Kamaraj was born on 15th July 1903. He was the third Chief Minister of the Madras State (now Tamil Nadu). Read more on the life and contributions of K Kamaraj to India for the UPSC exam.

Who was called Gandhi in Tamil Nadu?

N. M. R. Subbaraman (14 August 1905 – 25 January 1983) was an Indian freedom fighter and politician from Tamil Nadu. He was a member of Parliament from the Madurai constituency (1962–1967). He was also called “Madurai Gandhi” for his Gandhian principles.

The former chief minister and popular leader of the Indian National Congress, K. Kamaraj lost his seat in Virudhunagar by 1285 votes to the student leader P. Seenivasan from the DMK. A few days before the election, Kamaraj had an accident and could not campaign.

Kamaraj died at his home, on Gandhi Jayanti day (2 October 1975), which also was the 12th anniversary of his resignation. He was aged 72 and died in his sleep due to a heart attack.

Who was known as “Kingmaker” in Indian politics during the 1960s?

Kumaraswamy Kamaraj (15 July 1903 – 2 October 1975), was the founder and the president of the Indian National Congress (Organisation), widely acknowledged as the “Kingmaker” in Indian politics during the 1960s. He also served as the president of the Indian National Congress for two terms i.e. four years between 1964–1967 and was responsible for the elevation of Lal Bahadur Shastri to the position of Prime Minister of India after Nehru’s death and Indira Gandhi after Shastri’s death. Kamaraj was the 3rd Chief Minister of Madras State (Tamil Nadu) during 1954–1963 and a Member of Parliament, Lok Sabha during 1952–1954[3] and 1969–1975.

When did Gandhi return to India?

Gandhi returned to India in 1915. He brought an international reputation as a leading Indian nationalist, theorist and community organiser.