India has a very long coastline, and it measures about 7,516.6 km bordering the mainland and the islands with the Bay of Bengal in the East, the Indian Ocean on the South and the Arabian Sea on the West.

This article will provide information about the coastal states of India in the context of the IAS Exam.

This article is important for the Geography part of the UPSC Syllabus.

The candidates can read more related information for their upcoming exams from the links provided below:

There are nine states and four Union Territories of India situated on the coast. 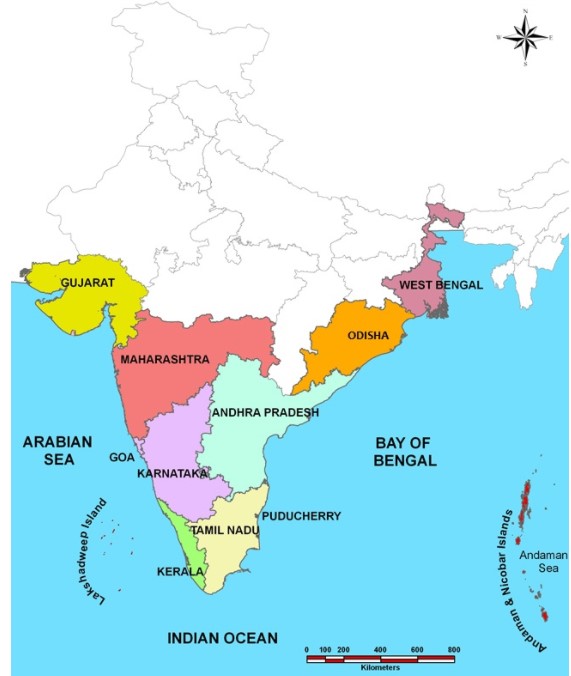 Length of the Coastline of India – State-wise/UT-wise

The length of Indian coastline, including islands, in States and UTs are given in the following table:

Characteristics of Coastline of Indian States/UTs

Physiography of the Coastal Areas

FAQ about Coastal States of India

Which state has the longest coastline?

Gujarat has the longest coastline among states.

Which union territory has the longest coastline?

Andaman and Nicobar Islands has the longest coastline among union territories.