Drainage Pattern is the pattern formed by the streams, rivers, and lakes in a particular drainage basin. The pattern created by stream erosion over time reveals characteristics of the kind of rocks and geologic structures in a landscape region drained by streams.

The drainage pattern is governed by the topography of the land, the gradient of the land, and whether a particular region is dominated by hard or soft rocks.

The article aims to discuss the types of drainage pattern which hold relevance for various competitive exams as well as the IAS Exam.

Based on the shape and formation of river patterns, there are different drainage patterns. Broadly it is classified into two types – 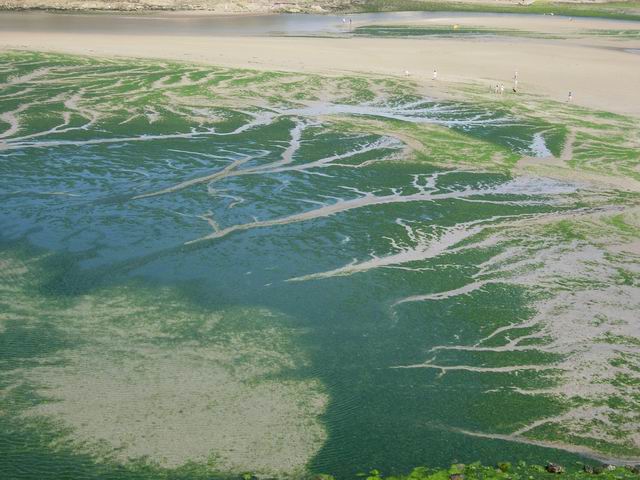 1. Drainage patterns are governed by the topography of the land.

2. There are only 2 types of drainage patterns.

Which of the following statements are correct:

What is a drainge pattern?

A Drainage pattern can be defined in the shadow of topographical features from which a stream gets runoff, through flow, and groundwater flow which can be divided by topographic barriers called a watershed. A watershed can be defined as all of the stream tributaries that flow to some location along the stream channel.

What is the most common drainage pattern?

A dendritic drainage pattern is the most common form and looks like the branching pattern of tree roots. It develops in regions underlain by homogeneous material. That is, the subsurface geology has a similar resistance to weathering so there is no apparent control over the direction the tributaries take.