2. The declining power of Babel

1. Centre to clarify in SC its stand on homosexuality

b) 7th Pay Commission: Too many clerks spoiling govt broth

a) An ill wind

b) Getting real with the Model GST Law

a) A chilling argument for cleaner energy

c) Ministries can approve up to Rs. 500 cr. of non-Plan spending

d) India to teach Africa how to protect VIPs

Topic: Marriage age of the population of India 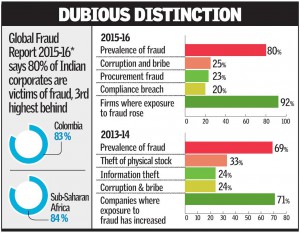 2. The declining power of BabelTopic: Languages 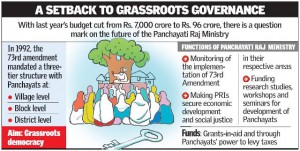 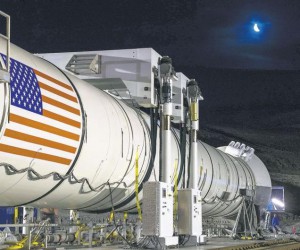 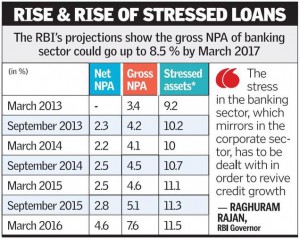 a) MoU Signed for Coal Quality Analysis CSIR- Centre Institute of Mining and Fuel Research (CSIR-CIMFR) signed a Memorandum of Understanding here today with Coal Supplying companies and Power Utilities for quality analysis of coal being supplied to power utilities by coal companies. The collaboration will enhance energy efficient use of coal by power sector.

b) Exercise Jalrahat a Joint Initiative by State Govt and Armed Forces for Flood Relief in Assam Commences The much awaited event, Exercise JALRAHAT commenced today at NarangiCantt. Taking the leaf from the latest National Disaster Management Policy – 2016 and the call given by the Prime Minister urging the enhanced cooperation and involvement by Armed Forces in mitigating disasters, the Exercise JALRAHAT is a joint initiative taken by the Assam State Govt and the Armed Forces that is being led by GAJRAJ Corps with full support from HQ Eastern Command.

The Union Agriculture & Farmers’ Welfare Minister today launched Crop Manager for Rice-based Systems (CMRS) – a web based App for better crop and Nutrient management released for Bihar farmers in a program organised at ICAR-RCER in Patna. CMRS is designed for use by extension workers, crop advisers, input providers, and providers of services who interview a farmer using a personal computer, smartphone, or tablet.

a) An ill windTopic: Brexit

Note:An FCNR(Foreign Currency Non-Resident) account is a term deposit account that can be maintained by NRIs and PIOs in foreign currency. Thus, FCNRs are not savings accounts but fixed deposit accounts

b)  Getting real with the Model GST LawTopic: GST

a) A chilling argument for cleaner energyTopic: Clean Energy

a) Recovery of Rs. 29,000 cr. rail freight dues stalledA CAG audit report tabled in May 2015 estimated that the Railways could recover Rs. 29,236.77 crore from the exporters who transported iron ore meant for export on freight charges meant for domestic consumption movements. The loss estimates were for a period from May 2008 up to September 2013. Those moving iron ore for export had to pay four to five times more than those transporting iron ore for the manufacture of steel within India.  Even as the recovery is slipping, the Anti-Corruption Unit CBI, Kolkata that is conducting its own investigation into the evasion, has completed its investigations and filed charge sheets against many freight evading companies vindicating Railway’s stand

b) Call for HC bandh as 9 more judges suspended in TelanganaThe High Court of Judicature in Hyderabad suspended nine more judges, who joined the protest demanding withdrawal of the provisional list of appointments of judicial officers on Tuesday.The advocates and Bar Associations in Telangana are up in arms against the High Court, demanding recall of the provisional list because it had judges hailing from Andhra Pradesh who were being posted to subordinate courts in Telangana.

c) Ministries can approve up to Rs. 500 cr. of non-Plan spendingThe spending autonomy of Ministries has gone up with the threshold of non-Plan project expenditure that can be approved by them raised from Rs. 150 crore to Rs. 500 crore, the Union government announced on Tuesday.

The Finance Ministry’s nod will be needed for expenditure between Rs. 500 crore and Rs. 1,000 crore, beyond which Cabinet approval would be required.Earlier, Plan projects needed the approval of the Planning Commission and the Finance Ministry, which created two bottlenecks. Then, with NITI Aayog, this was removed. The new changes on Tuesday have now extended this independence to non-plan projects as well.

d)  India to teach Africa how to protect VIPsAs Prime Minister Narendra Modi sets out on a four-nation African tour next month, the government has decided to share India’s expertise in securing VIPs and vital security installations with these countries. Mr. Modi will embark on a five-day trip to the African countries from July 11-17.

e) Centre seeks to calm black money fears“The compliance window is open for people with undisclosed income to legitimise it by paying 45 per cent tax between June 1 to September 30. Any declaration made under this law (the Income Declaration Scheme 2016) is protected, (and) that information won’t be shared with any other authority”, said the Finance Minister.

f) App downloads expose most Indian usersAbout one in two Indians have allowed app developers to access their contact directories and other data stored on their smartphones in exchange for free applications, exposing themselves to privacy risks in the process, according to a study by Norton.

h)  India can gain hugely from regional power trade, says World Bank studyRegional trade in electricity can spare India from investing in 35,000 MW coal-fired capacities (at estimated $26 billion) over the next 25 years, according to a World Bank study covering all SAARC nations except the Maldives.

Larger benefits will accrue through reduction in fuel cost and 6.5 per cent cut in greenhouse gas emission. The savings should come through replacement of thermal power with hydro-electricity to be sourced mostly from Nepal, followed by Bhutan and Afghanistan.The study by World Bank economists Michael Torman and GovindaTimilsina expects Nepal to add 52.1 GW (giga-watt) in 2040, over and above the existing 1 GW. Bhutan will add 9.1 GW and Afghanistan 3.6 GW.

Without trade opportunities, Nepal and Bhutan cannot maximise hydro-electric generation potential because of the smaller size of domestic economies.