1. As customs duty exemption goes, 76 life-saving drugs to get costlier

2. A jobs scheme that steadied India

3. No nod for GM mustard now

• The Union government has decided to ratify the Convention on Supplier Compensation (CSC) at the International Atomic Energy Agency (IAEA) in Vienna.

• The External Affairs Ministry called the move “a conclusive step in the addressing of issues related to civil nuclear liability in India”.

• A Rs.1,500-crore “insurance pool” that could be used by suppliers in the event of any incident has been launched.

• The decision to ratify the CSC does not violate the domestic Civil Liability for Nuclear Damage Act (CLNDA), 2010, Clauses 17(1)(B) and 46.

• The CLNDA “permits but does not require an operator to include in the contract or exercise a right of recourse” with the supplier. 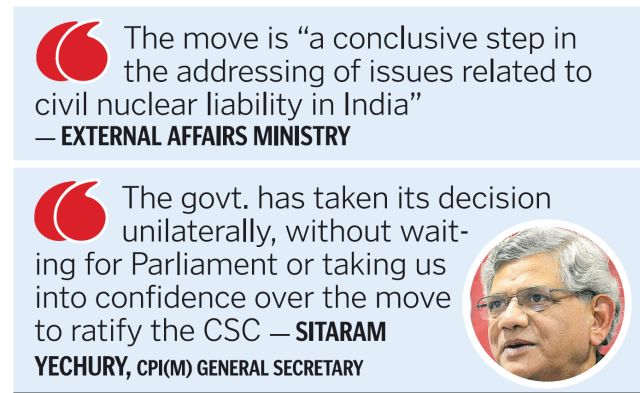 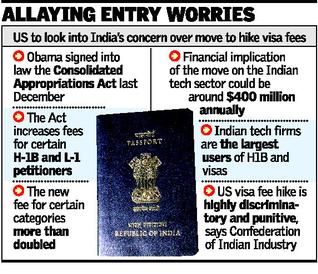 • Obama has assured Prime Minister Modi that his administration would soon look into India’s concerns over the recent move to increase visa fees.

• After the increase, the fees for certain categories of H1B and L1 visas have more than doubled.

• According to Nasscom, the IT/ITeS industry body, the decision’s financial impact on the Indian technology sector would be around $400 million a year. 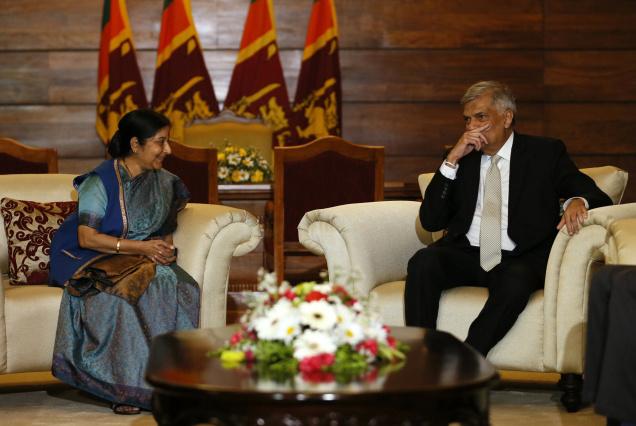 • The issue of setting up a special economic zone in Trincomalee for India was also raised.

1. As customs duty exemption goes, 76 life-saving drugs to get costlier 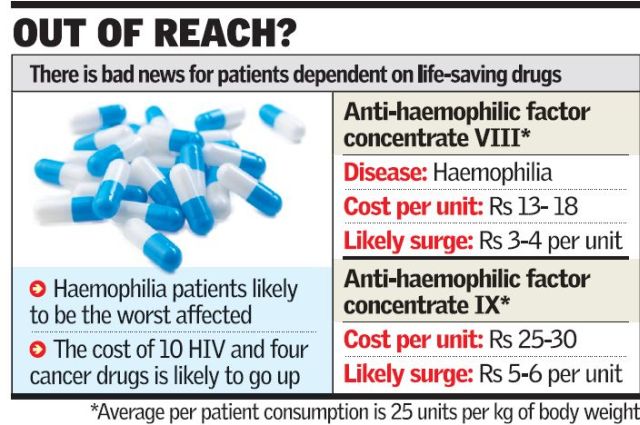 • The Finance Ministry has withdrawn exemption of 76 medicines from customs duties.

• This could inflate the cost of essential life-saving imported drugs.

• Haemophilia patients are likely to be the most affected by the decision.

• Haemophilia is a genetic disorder in which the patient tends to bleed excessively.

• Anti-haemophilic factor concentrates (VIII & IX) that are given to patients to control the bleeding are off the list.

2. A jobs scheme that steadied India

It is now a decade since the Mahatma Gandhi National Rural Employment Guarantee Scheme was launched.

• Provide employment to India’s rural poor and improve their livelihoods in distress situations such as drought, crop failures and lean rural employment days.

• Build rural assets such as irrigation canals and roads have augmented local infrastructure.

• Ups and downs in the Central outlay for the scheme

• Delays in releasing funds to States for wage payments

• This has led to a relative slack in demand and consequently a drop in the work hours and even a decline in the average rural wage rate increases in these years.

There needs to be a better political understanding of the need for and the efficacy of welfarism.

3. No nod for GM mustard now

• Mustard, is the country’s first genetically modified (GM) food crop for which there are plans for commercialisation.

• The Genetic Engineering Appraisal Committee (GEAC), is the apex body to accord approval for large-scale use and commercial release of genetically modified organisms in India.

• Deepak Pental developed the transgenic variety with funds from the government and the National Dairy Development Board.

• Dr. Pandian has been appointed as the Chief Investment Officer (CIO) of the Asian Infrastructure Investment Bank (AIIB).

• The CIO would be leading the planning and supervision of the bank’s infrastructure investment.

• Dr. Pandian was instrumental in liberalising the policy regime to attract international investment to crucial infrastructure sectors including power, airlines, ports and telecom.

i. Intellectual Property Appellate Board (IPAB)

1. IPAB exercises jurisdiction over Trademarks, Patents and Geographical Indications as on date.
2. It is the only tribunal in India which has a global impact.
Answer Choices:
a. 1 Only
b. 2 Only
c. Both 1 & 2
d. None