1. ISRO to use electric propulsion system on satellites in two years

• It is a matter of disgrace that an eminent man who leaves his position under a cloud of serious charges of sexual harassment is able to return to an executive position in the same organisation without any compunction.

• The appointment of climate scientist R.K. Pachauri as executive vice-chairman of The Energy and Resources Institute (TERI) in a position apparently created for him, is contrary to the spirit of Indian law

• Indian law now accords great importance to the safety of women and the special enactment to deal with sexual harassment at the workplace.

• With a new Director-General taking over at TERI, Dr. Pachauri has been accommodated in a position from which he can wield power and influence over employees and researchers in an organisation that is partially funded by the government.

• His continuance in this organisation is untenable. It is apparent from the emergence of a second complaint and reports that his return has caused dismay among many women employees that the charge is not related to one incident or a rare lapse in behaviour, but a repeatedly displayed propensity.

• Second, his being around in the face of an ongoing criminal investigation against him is wholly inappropriate and against the spirit of the Sexual Harassment of Women at the Workplace (Prevention, Prohibition and Redressal) Act, 2013

Lack of compliance with the law

• In many ways, TERI as an employer appears to have ignored its obligations under the Act.

• It did not act immediately on the internal committee’s report, as can be discerned from the fact that there was no follow-up disciplinary action.

• As an organisation, TERI has a global profile as well as a considerable body of achievement behind it in the field of energy efficiency and climate science. Its Governing Council has eminent people of impeccable credentials.

• However, it is incomprehensible why the organisation and the eminent people on its governing body should support him. In fact, it is the management of TERI that ought to be assisting the complainants in pursuing legal remedies. It should now act to ensure that Dr. Pachauri does not play a role in TERI any more. 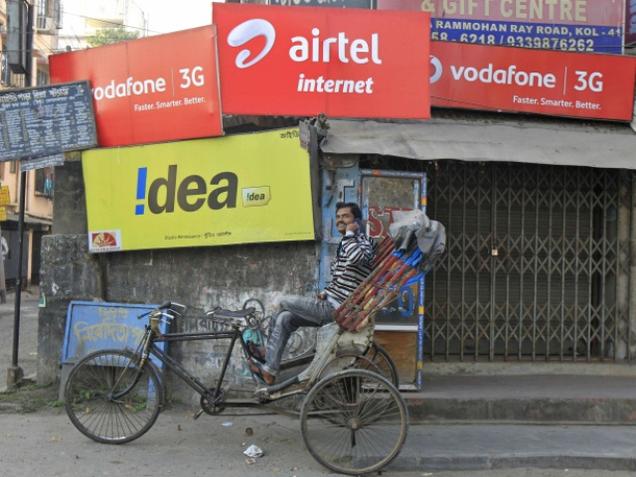 • Why did India, which has had the remarkable achievement of being the largest exporter of information technology services and skilled manpower among developing countries, fall behind China in digitally transforming its economy? Is it now making a comeback?

• The WDR finds that digital technologies have spread rapidly throughout much of the world, but their digital dividends — the broader development benefits from using these technologies — have lagged behind.

• In many instances digital technologies have boosted growth, expanded opportunities, and improved service delivery. Yet their aggregate impact has fallen short and is unevenly distributed.

• The report argues that for digital technologies to confer their full benefit on society, it is vital to close the digital divide, especially in Internet access.

• But greater digital adoption will not be enough. To get the most out of the digital revolution, countries also need to work on its “analogue complements” — by strengthening regulations that ensure competition among businesses, by adapting workers’ skills to the demands of the new economy, and by ensuring that government institutions and others are accountable.

Measuring the performance of India and China with the WDR metrics of connectivity and complements shows why India has not yet taken full advantage of the digital revolution.

• At the end of 2014, India had 227 million Internet users, compared to 665 million in China. Fewer than two out of every five Indian businesses had an online presence compared to almost two-thirds of firms in China.

• Thanks to its successful digital ID programme, Aadhaar, India scores higher than China in digital adoption by governments, but the need now is to use the platform that Aadhaar provides more widely and effectively.

• Amartya Sen has written extensively on the idea of human ‘capability’. This concept has large applications in the digital world. Unfortunately, not only does India have a higher digital access gap, it also has a bigger digital capability gap. The capability gap, according to the WDR, arises from two main sources: the overall business climate and the quality of human capital.

• Despite some commendable improvements in cutting bureaucratic costs faced by small and medium enterprises, India scores considerably below China in doing business indicators. It is important for India to create space for creativity and enterprise and to promote competition.

• The slow pace of improvement of the quality of basic infrastructure — expressways, logistics, storage, postal delivery system and reliable supply of electricity — have also hampered the growth of e-commerce in India. And the excessively cautious approach of Indian regulators towards disruptive technological innovations such as mobile money or ride-sharing services has made it difficult for digital start-ups to enter new markets and achieve scale.

• India’s challenge to becoming a digital economy remains formidable. The government has announced a slew of new initiatives: Digital India; Make in India; Start-up India; and innovative applications of Aadhaar such as JAM (Jan-Dhan Yojana-Aadhaar-Mobile trinity) and Digital Lockers. Successful and accelerated implementation of these programmes can make up for some of the lost time. But India also needs to do more by strengthening the basic foundations of its digital economy.

• Making the Internet accessible, open and safe for all Indians is an urgent priority. The cost of mobile phone access is already low by international standards. And with a supportive policy environment involving smart spectrum management, public-private partnerships, and intelligent regulations of Internet markets, the same can be achieved for Internet access.

• Zero-rated services for mobile data access have become controversial, though they could be an intermediate step to fully open and affordable Internet access for the poorest, provided that the choice of selecting services is transparent and inclusive.

• Access, however, is only one part of the agenda. An important lesson from the WDR is that even the most sophisticated technologies are no substitute for tackling long-standing shortcomings in other areas — most importantly basic health, education and a regulatory ethos that encourages competition and enterprise.

• India wrote one of the early success stories of the digital revolution when it became a global powerhouse for software development and information services.

• Its Aadhaar digital ID system has become a model for many other countries, helping governments to become more efficient and more inclusive in expanding services to those who had been left behind.

• Whether the new initiatives will generate even greater and more widely shared digital dividends — faster growth, more jobs, and better services — depends not only on expanding affordable access to all, but also on making long overdue progress on the analogue complements of digital investments.

• Both sides had reached an understanding on a wide range of issues and the agreements signed on Thursday were the beginning of a new era of bilateral cooperation.

• India and the UAE had begun a dialogue that would firm up a Free Trade Agreement between India and the Gulf Cooperation Council.

• The United Arab Emirates (UAE) on Thursday said it was seeking substantial market access into India.

• The UAE is keen to invest in the country’s Rs. 40,000-crore National Infrastructure Investment Fund.

• The UAE is looking at a separate mechanism to channelise the money they will invest as that will be made out of their sovereign wealth fund.

• Anwar Gargash, Minister of State for Foreign Affairs, UAE, said that the UAE was hoping for some concrete outcome from the India-UAE Joint Task Force on investments. He said the target to increase trade between India and UAE by 60 per cent from nearly $60 billion at present was “doable” and could be achieved only if there was “greater cooperation” in sectors such as IT, solar, sustainable energy among others.

1. ISRO to use electric propulsion system on satellites in two years

• The Indian Space Research Organisation (ISRO) plans to use electric propulsion system on satellites for station keeping and orbital manoeuvre in two years.

• The cryogenic engine for GSLV Mark-III will be undergoing stage-level test soon and the target to achieve flight test is December this year.

• The US on Thursday urged India to ratify the World Trade Organisation’s (WTO) Trade Facilitation Agreement (TFA) for seamless and faster movement of goods.

• US Ambassador to India Richard Verma said: “We are looking forward to India’s ratification (of TFA) … In the modern business environment, traders need fast and predictable delivery of goods.”

• India had signed the TFA in November 2014, which was agreed upon during the ninth WTO ministerial meet in Bali, Indonesia that was held in December 2013.

• On the TransPacific Partnership (TPP), a mega trade pact led by US, impacting the Indian economy, Verma said it only seeks to “augment” US engagement with the WTO.

• He added that the TPP will lower trade barriers for 40 per cent of the world economy and that it will also set the highest labour standards.

i. Sexual Harassment of Women at the Workplace (Prevention, Prohibition and Redressal) Act, 2013

1. The Delhi High Court was hearing a public interest litigation seeking the implementation of the Vishakha guidelines on sexual harassment against women at the workplace in the aviation industry.
2. The Delhi High Court has said that any foreign airline having even one office in the country is bound by the Sexual Harassment of Women at Workplace (Prevention, Prohibition and Redressal) Act, 2013.