1. Is spirituality the exclusive domain of men, asks SC

3. Agreement on ceasefire plans in Syria

3. Plastic cards may soon go out of fashion

1. A new window to the universe opens

1. Is spirituality the exclusive domain of men, asks SC

Is spirituality the exclusive domain of men?

Is the tradition bound to stay even when it’s against the fundamental rights of equality?

• Devadasi system, the illegal practice of “dedicating” young girls as Devadasis is prevalent in many states in India

• It violates sections 370 and 370A of the IPC.Section 372 of the IPC prohibits selling of minors for prostitution

• The Immoral Traffic(Prevention)Act,1956 also bans it

• The petitioner contended that neither were the police enforcing the law nor are the governments utilizing the funds set aside for the rehabilitation of ‘devadasis’.

• He was arrested in charge of sedition after ‘anti-India slogans were raised in a protest meeting held in memory of Afzal Guru.

• The case was registered under IPC Sections 124A (sedition), 120B (criminal conspiracy) and 34 (acts done by several persons with a common intention)

• The charge of sedition is punishable with life imprisonment.

• In the Kedar Nath Singh vs State of Bihar case, the SC said that a person can be charged with sedition only if there is incitement of violence involved.

• Concerns such as complex tax policies and “cumbersome” processes for doing business in India was cited as reasons.

• The Memoranda of Understanding signed were:

2 Establishing a Framework for Facilitating the Participation of U.A.E institutional investors in Infrastructure Investments

4. MoU between ISRO and the UAE Space Agency on Cooperation in the Exploration and use of Outer Space for Peaceful Purposes.

5. MoU for bilateral cooperation between IRDA and the Insurance Authority of UAE

6. Executive Programme for Cultural Cooperation (EPCC) between India and UAE

7. Cooperation for skill development and recognition of qualification

3. Agreement on ceasefire plans in Syria 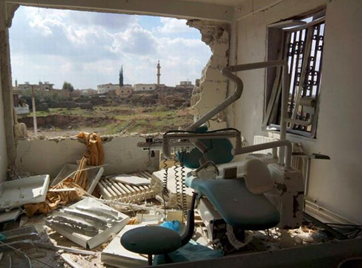 • Diplomats agreed on Friday to work toward a temporary “cessation of hostilities” in Syria’s civil war within a week.

• Humanitarian aid to besieged Syrian communities will be expanded beginning this week.

• But here was no final agreement on ceasefire; the cessation-of-hostilities agreement was not approved by all parties.

• The real test is whether or not all the parties involved in the war would honour the commitments of the cessation-of-hostilities agreement and implement them said Kerry speaking for the international syria support group.

Category: : Effect of policies of countries on India’s interests.

• A task force, comprising 11 citizens, has been constituted to design a reconciliation mechanism in the post-civil war Sri Lanka

• Mr. Samaraweera launching its website said that the process was being set in place not to “appease international pressure or to keep the UN High Commissioner for Human Rights Zeid Ra’ad Al Hussein happy” but being done because “we owe it to the people of our nation to forge a new future where all citizens will be treated with equal dignity and respect.”

• The WHO said U.S. government scientists and an Indian biotechnology firm were currently frontrunners in the race to develop a vaccine against zika virus.

• For the first time it advised pregnant women to consider delaying travel to Zika-infected areas.

• Zika virus is suspected to cause two neurological disorders, microcephaly in babies and Guillain-Barre syndrome

• Industrial activity shrank 1.3 per cent in December 2015 for the second consecutive month.

• Consumer price inflation accelerated to 5.7 per cent in January

• The manufacturing sector contracted 2.44 per cent for the second straight month, while mining and electricity sectors grew 2.92 per cent and 3.15 per cent respectively in December.

• The IIP shrinkage in many ways demonstrates that the industrial recovery is still uneven and fragile.

• The Chennai floods can be considered one major reason why the IIP is down again. But the contraction is also an indicator of structural weaknesses.

3. Plastic cards may soon go out of fashion

• The National Payments Corporation of India (NPCI) and software product think-tank ISpirt are ready for the technical launch of a mobile phone app
that would allow people to people(P2P) transactions from any bank account to another.

• The UPI(Unified Payment Interface) is a new layer on top of the IMPS (Immediate Payment Service) that has been used by banks for electronic fund transfers for about five years.

• This will allow seamless, inter-bank connection using a mobile app that can be used to pay merchants on an offline basis

Category: money laundering and its prevention

• Report of the Director General of Income Tax (Intelligence and Criminal Investigation) shows more and organizations coming under the taxmen’s scanner.

• The IT officials compiled data containing 38,586 records and found that 19,349 of them pertaining to 3,500 parties were bogus entries on ‘purchases’ made during this period.

• The records of prominent business houses, including diamond traders, steel magnates and the country’s leading pharma were probed.

1. A new window to the universe opens 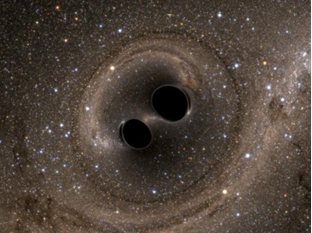 Einstein’s General Theory of Relativity says any accelerating mass should produce ripples in the fabric of space and time.

• The effect is very weak, only the biggest masses, moving under the greatest accelerations, are expected to warp their surroundings to any appreciable degree

• These events should radiate gravitational energy at the speed of light.

• Prediction-Discovery-confirmation model of science was followed

• Scientists calculated what they should be able to detect, then decided what the evidence should look like, and then devised the experiment that clinched the matter.

• The instrument: The The Advanced LIGO(Laser Interferometer Gravitational-Wave Observatory (LIGO)laboratories

• LASER waves were superimposed on the predicted gravitational waves

• In this way gravitational waves from the merger of two black holes was detected by this very sensitive instrument.

• Why is it important?

• It can change the face of astronomy

• Radio waves(part of light waves) told us a lot about the structure of the universe. With gravitational waves we are going to know even more

• We can study about things that does not emit light — dark matter, black holes,”

• Using light waves we cannot see further back than 400,000 years after the big bang.

• The early universe was opaque to light but it is not opaque to gravitational waves.

• By gathering gravitational waves we will be able to see exactly what happened at the big bang.

• The merger of black holes were also proved