Operation Blue Star is an Indian Military Operation in which the Indian Army invaded the Golden Temple at Amritsar to flush out separatists lodged inside, and it began at 7:00 PM, 5th June 1984. This Operation helped in eliminating Khalistani terrorism, and it led to huge loss of lives in the ensuing assassination of the Prime Minister of India and the anti-Sikh riots. This article briefly gives the chronology of events and the unfortunate incidents that followed the Operation Blue Star. 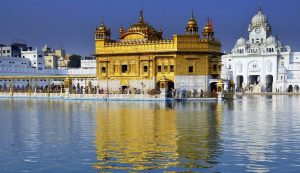