2.On malaria, the government’s rhetoric must meet reality

2.India, Thailand in talks for exchange of prisoners • The Chettinad cotton saree, which inherited the intricacies of now out-of-vogue and over a century-old ‘Kandangi’ pure silk sarees, has won the ‘India Handloom’ tag for its unique designs and identity.

2. On malaria, the government’s rhetoric must meet reality 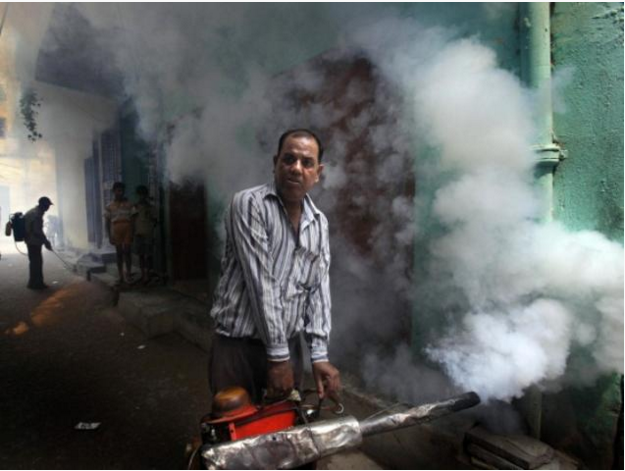 • This month, the Health Ministry will unveil an ambitious new plan to eliminate malaria from the country by 2030.

• The disease is one of the worst public health crises the country has ever faced, endangering one in every six Indians and costing the economy $2 billion in lost productivity each year.

• The disease has been a low political priority for decades, rendering the current malaria control programme ineffective and confusing to implement.

• Under-reporting is a global problem because malaria tends to reach where health workers don’t always do. It is a disease of the poor and powerless — Indians living in the forests and hills of the Northeast, or of Odisha and Chhattisgarh.

• Mosquito nets and pesticide sprays are seldom deployed on time or in sufficient quantities, ruining their efficacy.

• The country also faced a shortage of anti-malarial drugs in 2014, and a longer shortage of life-saving mosquito nets.

• Government officials responsible for the programme succumbed to a culture of fear, afraid to report poor progress to their supervisors.

• Eliminating malaria is, and should be, a priority for the country, but grand pronouncements are meaningless as long as manipulated data distort our knowledge and bad governance impedes genuine attempts to fight the disease.

• According to the World Health Organization, India spends by far the least malaria control per at-risk capita (that is, on each individual living in a highly malaria-prone area) than any other country in the region, including Bangladesh and North Korea.

• Over 90 per cent of national spending on malaria control in 2014 went towards administrative costs, salaries, and expenses other than the nets, medicines and insecticide sprays that make a concrete difference.

• The average global spending on administrative costs and salaries, meanwhile, is just 35 per cent.

• Malaria strikes the hardest in the Northeast, in places like Bastar, in Chhattisgarh, or Koraput, in Odisha, that are already torn by the state and separatist violence and by the hold of corporations.

• Ultimately it can only be eliminated once the people in these areas are included as participants in the country’s development who can hold the state accountable to them.

• It would require absolute transparency from the government, and a focus not on its global image but instead on the actual people dying across the country every single day. • India has expressed support for Sri Lanka on its reconciliation and development policies.

• The problem being faced by fishermen of the Northern Province due to “bottom trawling”, allegedly by fishermen of Tamil Nadu, and wanted the Indian government to reduce this method of fishing – was also raised.

• President Sirisena sought India’s assistance for his government’s comprehensive programme to improve the health and education of people living in estates who were essentially of the recent Indian origin.

• Inaugurating an exhibition on digital India in the city, Ms. Swaraj announced India’s offer to set up an IT park in Sri Lanka that could attract investments. • The International Fleet Review, the second in the country, on the vast expanse of the Bay of Bengal off Visakhapatnam

• Mr. Mukherjee said India’s geographical location on major shipping routes of the Indian Ocean gave it a pivotal maritime role, and the Indian Navy played a central role in ensuring the safety of the vital sea lines of communication across the ocean.

• The IFR brought together navies from across the globe to the Indian shores for IFR 2016 has signified “our common desire to use the seas to promote peace, cooperation and friendship as also develop partnerships for a secure maritime future as the blue ‘commons’ link one another, true to the theme of IFR — United Through Oceans.”

2. India, Thailand in talks for exchange of prisoners • India and Thailand have started talks on exchanging prisoners that are of mutual interest.

• The trigger for these talks is that both countries are worried over the possible proxy use of narcotics and human trafficking networks by terror operators.

• Prisoners exchange is one of the steps being planned in bilateral legal collaboration following two major extraditions from Thailand since January 2015.

• The latest plan to fast track prisoners exchange is based on the bilateral extradition treaty, 2013, and the Mutual Legal Assistance Treaty, 2004, which provide the legal basis for negotiation to both sides.

• The prisoner-swap mechanism will also be a humane step and help in returning several Thai victims of human trafficking who are in various prisons of India. • The United States and India are in talks that could settle a long-running solar power trade dispute, delaying the announcement of a ruling by the World Trade Organization.

• The U.S. complaint in 2013 alleged that the Jawaharlal Nehru National Solar Mission subsidies were available only if developers used equipment produced in India, violating a key global trade rule.

• The Obama administration argued that the rules are a barrier to solar products made in America and elsewhere but also effectively raised the cost of generating solar power in India and were extending the country’s dependence on fossil fuels.

c) All of the above