4. US lawmaker to block deal to sell F—16s to Pakistan

5. Headley can still get death sentence in US • The governor had used his discretionary powers under Art 174(1) to summon a session of the state assembly before the scheduled date.

• He directed the house to take up the subject of removal of the speaker as its first agenda.

• The governor acted on resolutions sent by rebel Congress and opposition MLAs for the removal of the speaker claiming that the government has lost majority.

• Why did the speaker summon an advanced session bypassing the speaker?

• What was the urgency to remove the speaker?

• Why did the governor take up the responsibility to test the impartiality of the speaker?

• On what constitutional principle were the discretionary powers of the office of the governor used?

• The constitution does not explicitly give any power to the governor to advance the date of a session or to check the correctness of the actions of the speaker. So it can be presumed that the advice of the CM and his CoMs is necessary to take such measures.

• The UAE ambassador had talked of signing over 16 agreements including agreement on nuclear collaboration.The nuclear agreement does not seem a possibility though.

4. US lawmaker to block deal to sell F—16s to Pakistan 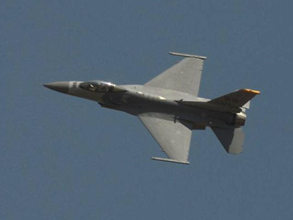 • In a letter to Secretary of State John Kerry, Senator Bob Corker said he couldn’t allow the Obama administration the sell F-16 jets to Pakistan.

• Mr. Kerry in his annual budget sent to the Congress proposed a financial assistance of $859.8 million for Pakistan, including $265 million for military hardware.

• The new troops in Helmand are to train, advise, and assist the Afghan counterparts, and not to participate in combat operations according to US authorities

• The RBI asks commercial banks to increase the provisioning for specific stressed loans by 2.5 per cent every quarter so that by March 31, 2017, provisioning reached the 15 per cent level

• The Indian banking sector, particularly the public sector banks, have seen a sharp rise in their non-performing assets (NPAs) in the last three years.

• According to RBI data, stressed assets as a percentage of all advances moved up to 11.1 per cent as on March 2015 as compared to 9.2 per cent two years back.

• The move comes in the back drop of RBI Governor Raghuram Rajan’s drive to clean up banks’ balance sheets by March 2017.

• The intellectual property Index — produced by the US Chamber of Commerce’s Global Intellectual Property Center (GIPC) — is based on 30 criteria critical to innovation.

• It includes patent, copyright and trademark protections, enforcement, and engagement in international treaties

• India was ranked 37 out of 38 countries, with only Venezuela scoring lower

• The U.S. was ranked first, followed by the UK, Germany, France and Sweden

• India uses commercial licensing (CL) allowing entities to manufacture, use, sell or import a patented invention without the permission of the patent-owner.

• Indian economy to grow by 7.6 per cent in the year to March.

• Mr. Das described growth by Asia’s third-largest economy as “robust” and said it was driven by manufacturing.

• The Centre expects to meet the target of Rs.14.49 lakh crore for revenue collection from taxes for the current financial year.

• Collection of indirect taxes up to January 31 indicated healthy growth of 33.7 per cent, direct taxes is up by 10.9 per cent.

• the government expects to garner over Rs. 40,000 crore, which is more than the target set for indirect tax collection

5. Headley can still get death sentence in US

• Special Public Prosecutor of India Ujjwal Nikam says that the US court could still sentence him to death if he is found to be lying to the Indian court.

• The question is how India would prove whether or not Headley is lying, as most of the evidence and all his handlers are in Pakistan.

• According to the Indian law, the public prosecutor is authorised to deprive Headley of the pardon.

• The prosecutor would take a call after considering the entire evidence

• The growth at constant prices for the fiscal year ending March 31 is projected to be 7.6%

• But the last quarter figures raises some doubts

• In the Feb 2 Monetary policy Review ,the Reserve Bank of India cited “slackening agricultural and industrial growth” as a prime reason for a loss in economic momentum in the third quarter.

• So how is the farm sector going to boost growth?

• Inspite of expansion in PMI(Purchasing Managers’ Index),the PMI release also point to a drop in output and new orders for makers of investment goods.

• The weak overseas demand environment, reflected in the protracted exports slump, is also a dampener

• So how is the manufacturing sector going to boost growth?

• How reliable are the data as currently calculated is a concern raised by several economists including RBI Governor Raghuram Rajan.

• Indirect taxes are included in the calculation of GDP and this is seen by some experts as inflating the overall figures, without necessarily resulting in increased output.