ICSE Class 10 Physics Question Paper Solution 2016 is provided here for making students exam easier and simpler. The solutions contain the answers to each question described in detail along with step marking. The solution pdf will provide a depth understanding of how much to write for a particular answer during the exam and how the marks are awarded to students based on the step marking. This information will help students to plan a proper exam strategy and also prepare them effectively for the paper. The solutions created by the subject experts are helpful for board exam preparation.

Students can have a look at the ICSE Class 10 Physics Question Paper Solution 2016 below: 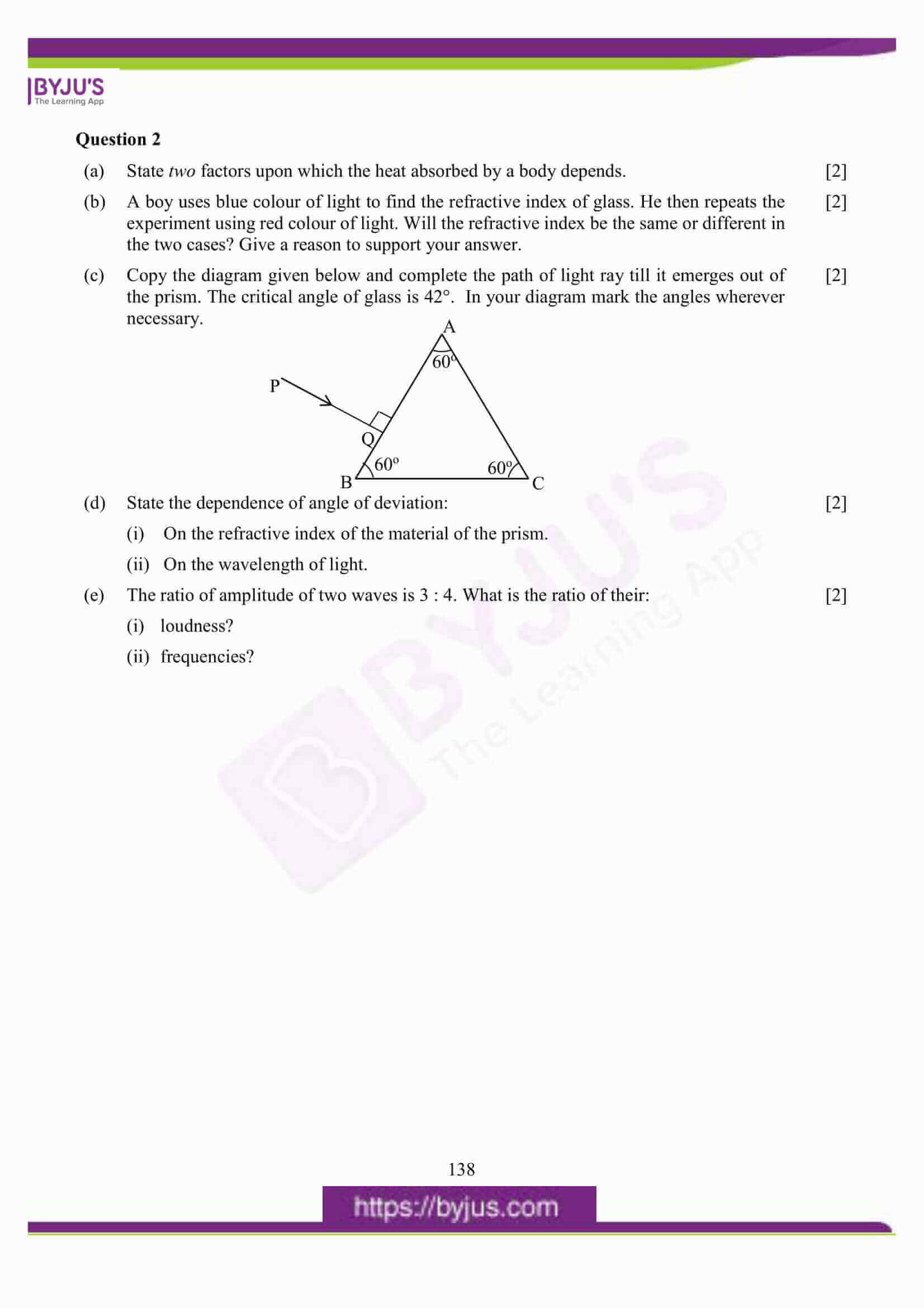 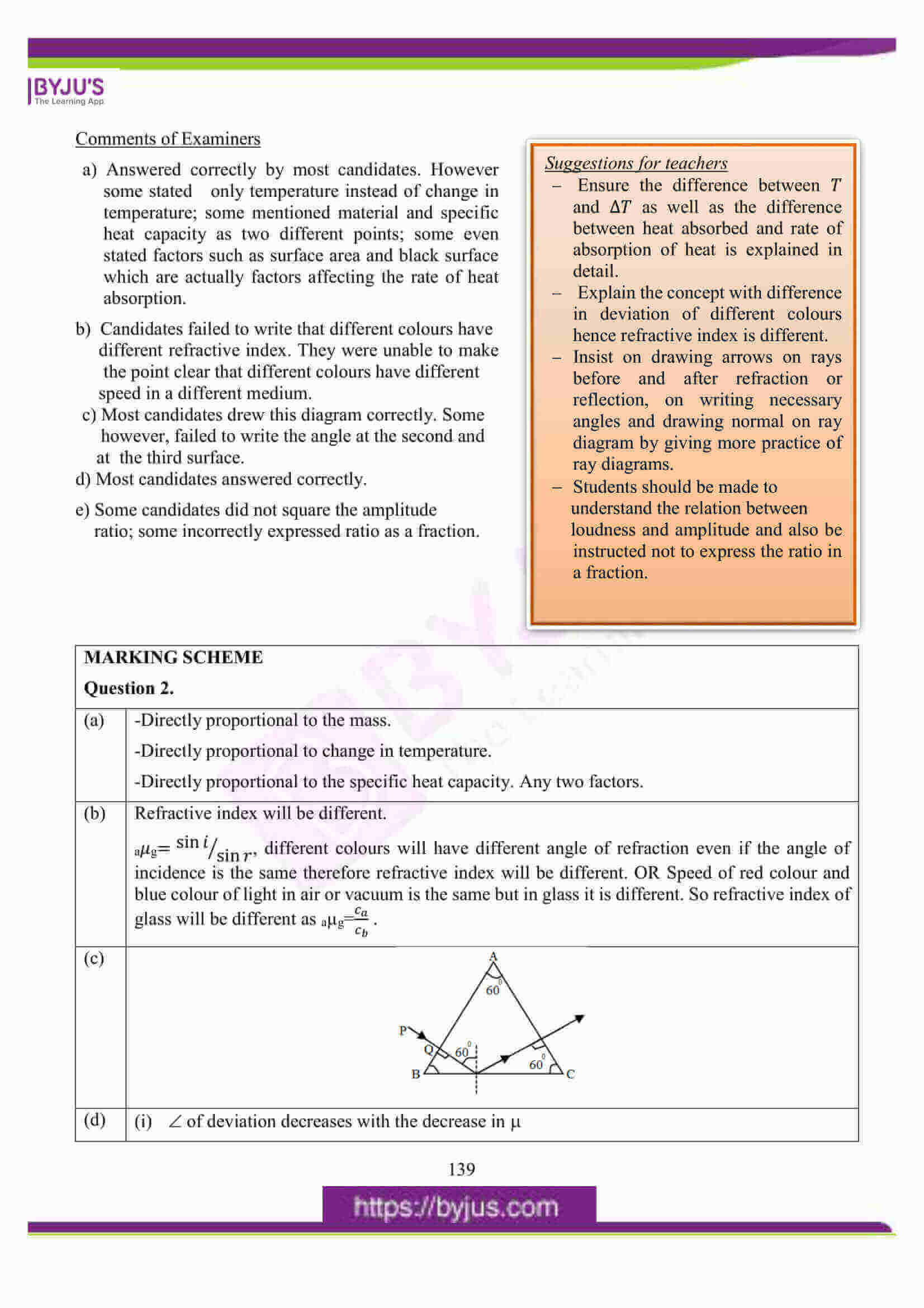 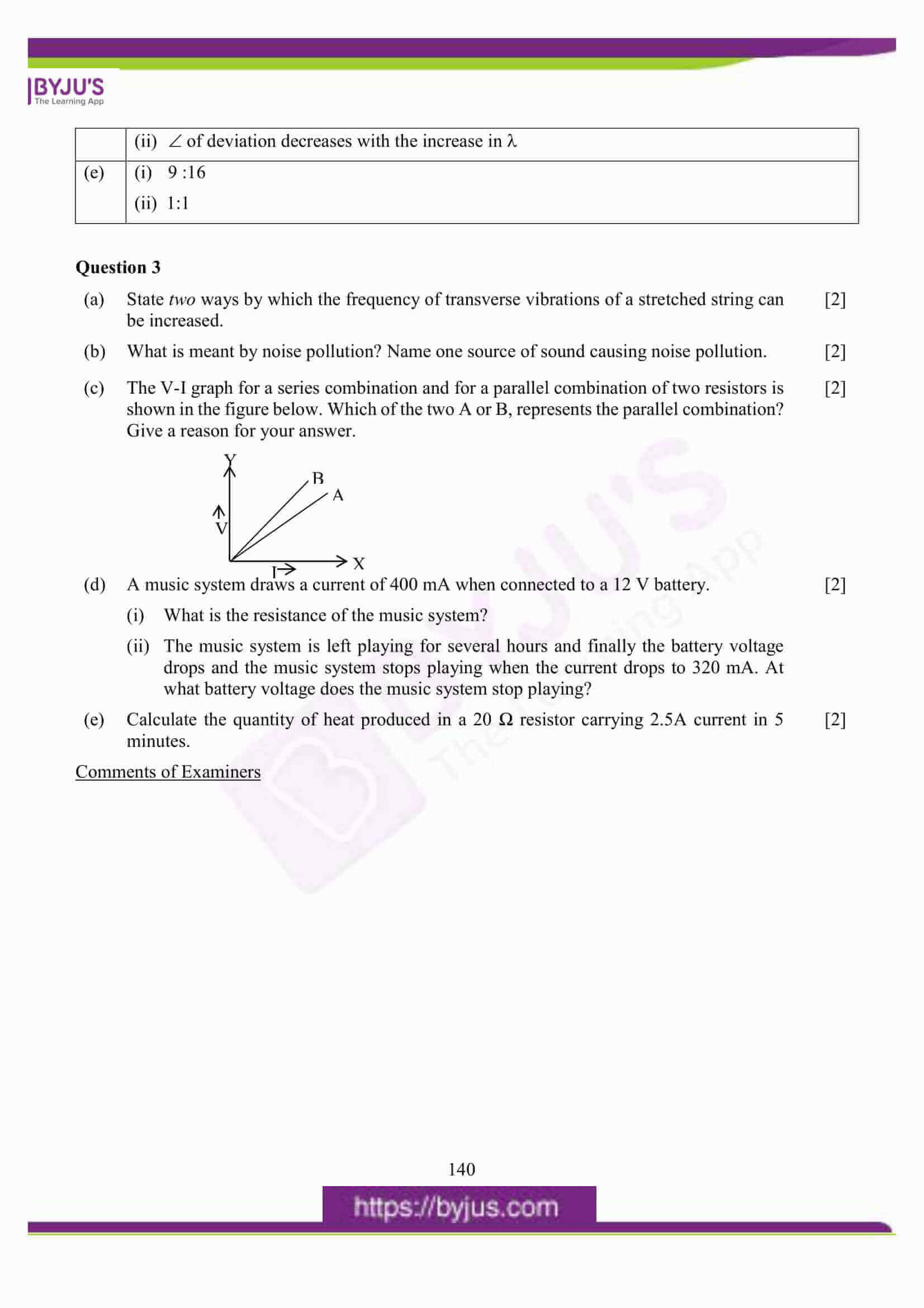 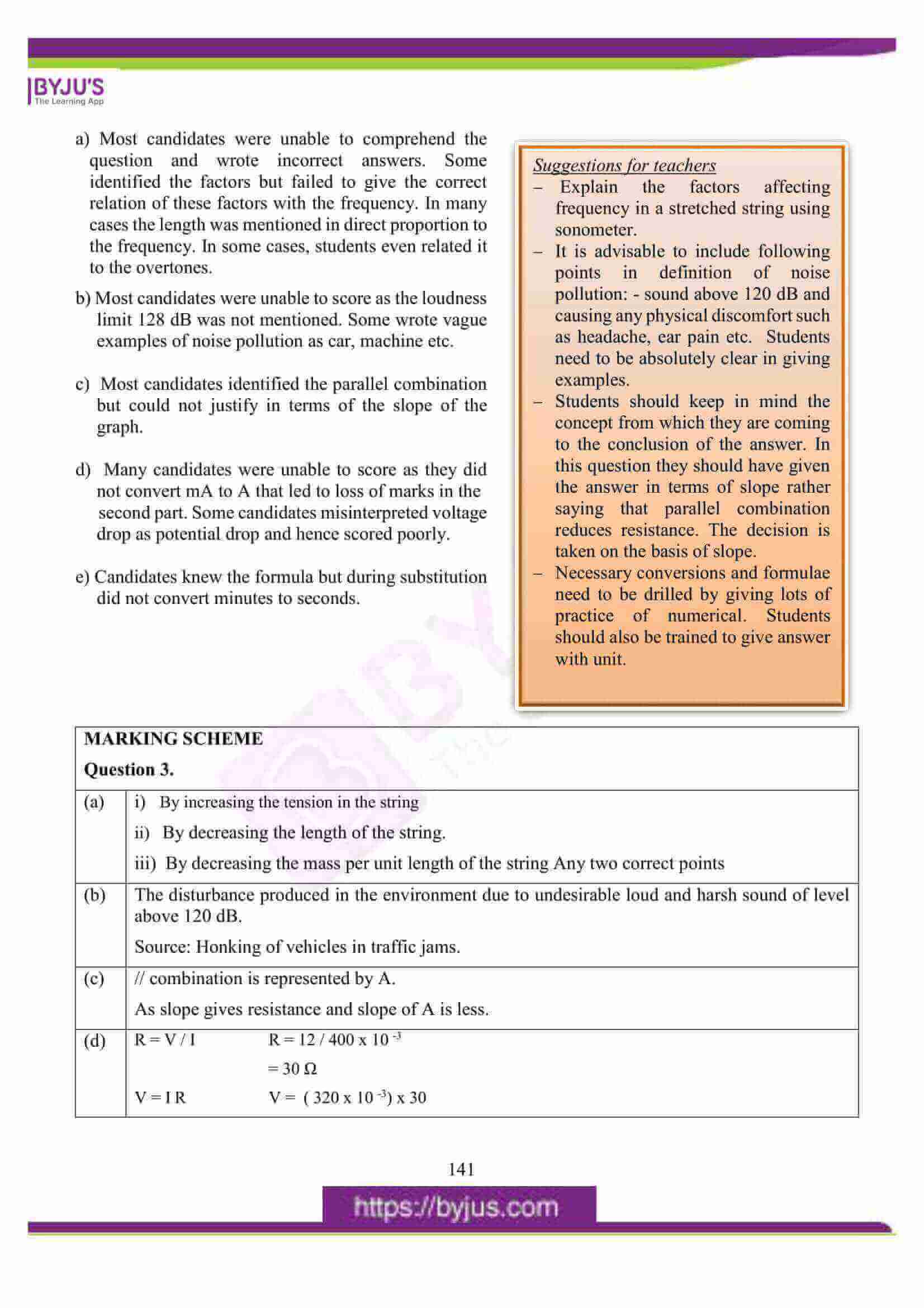 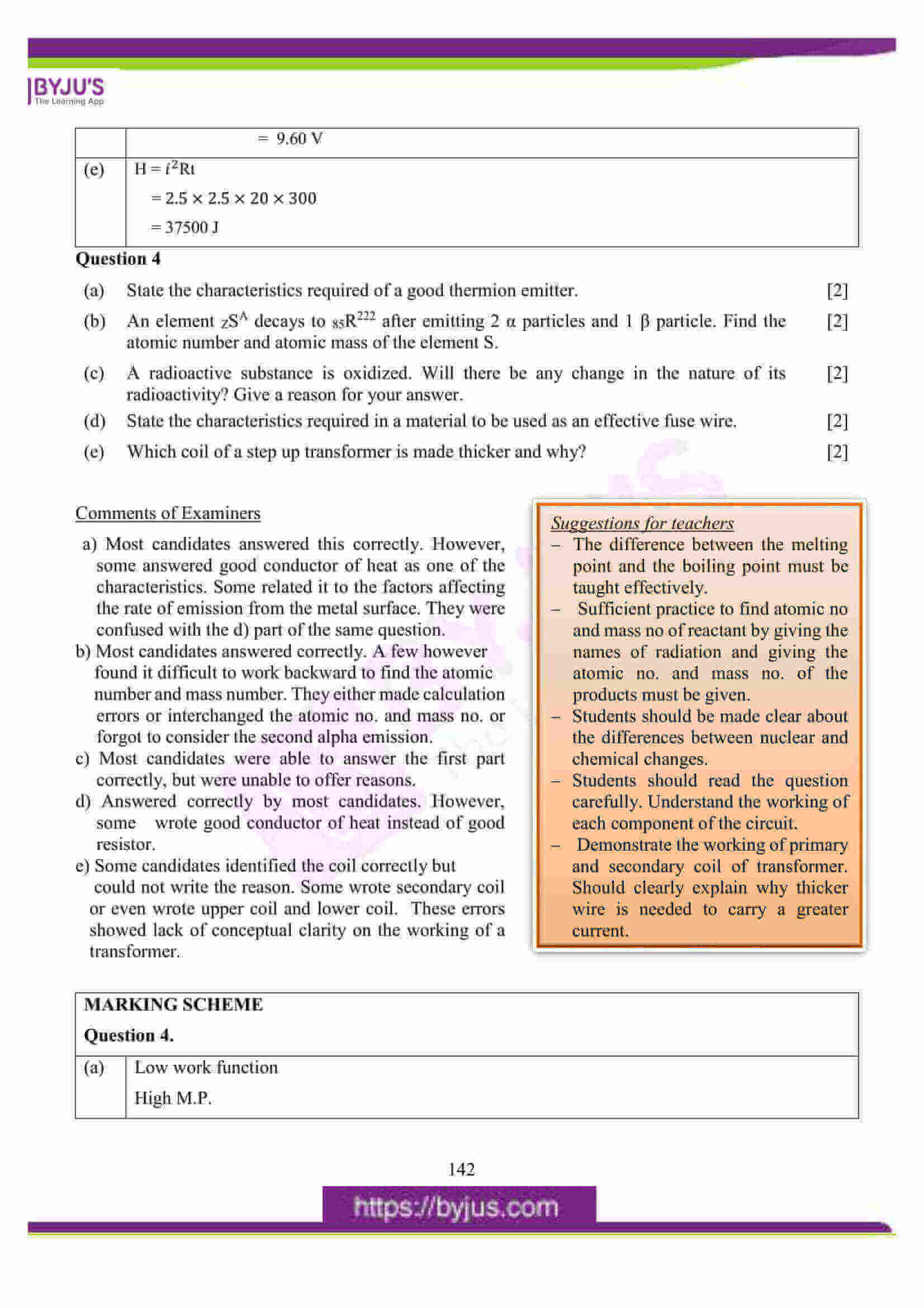 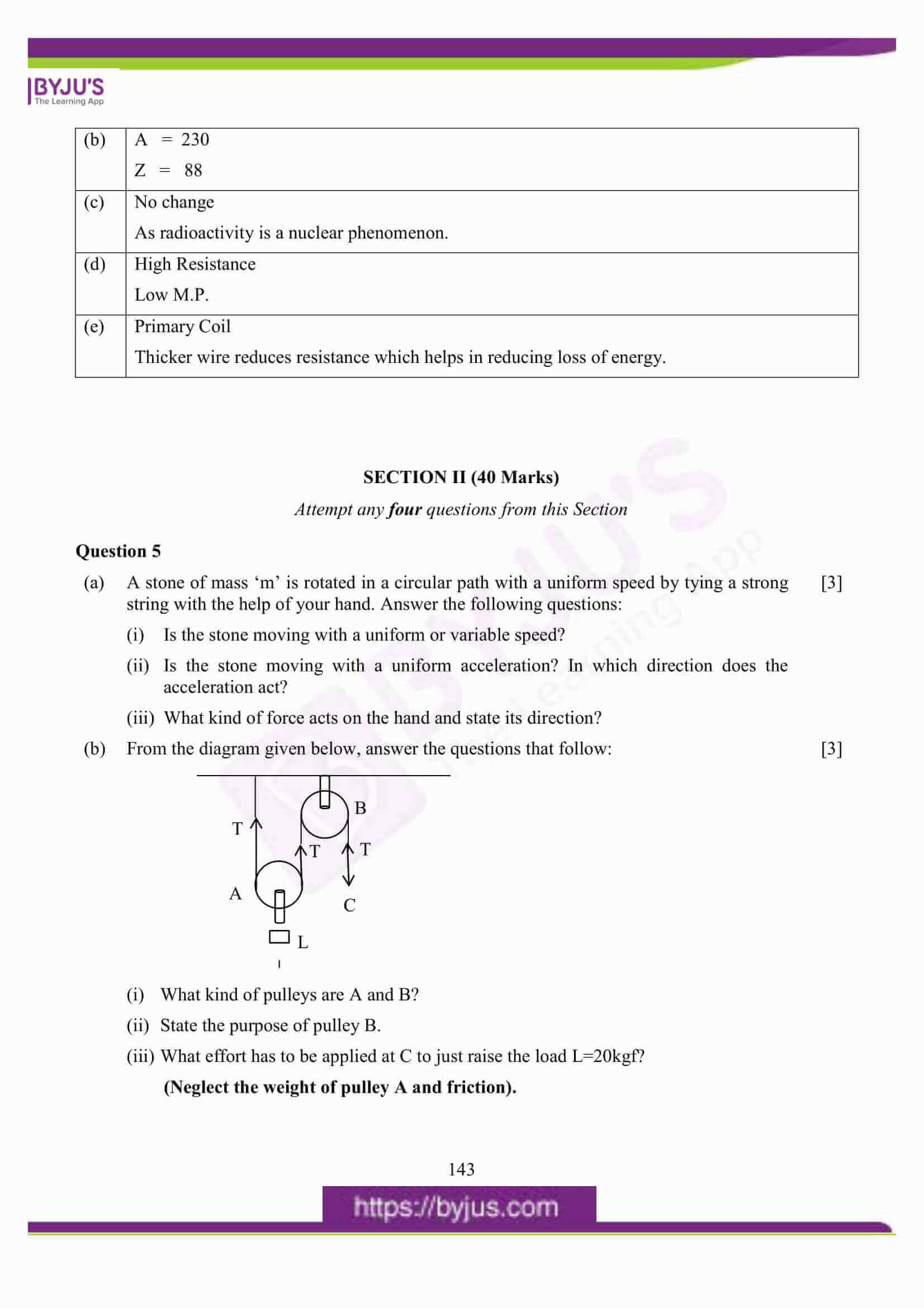 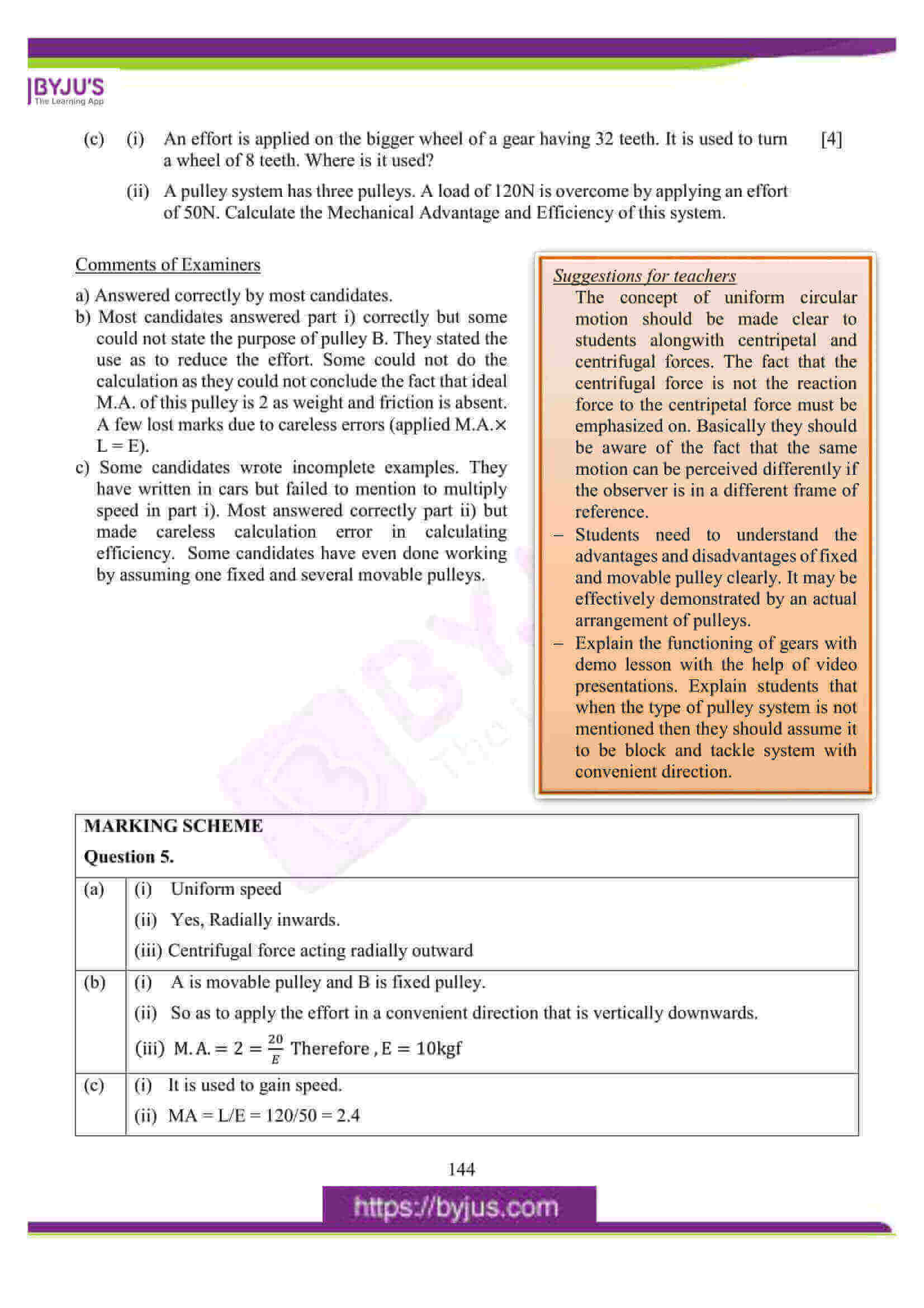 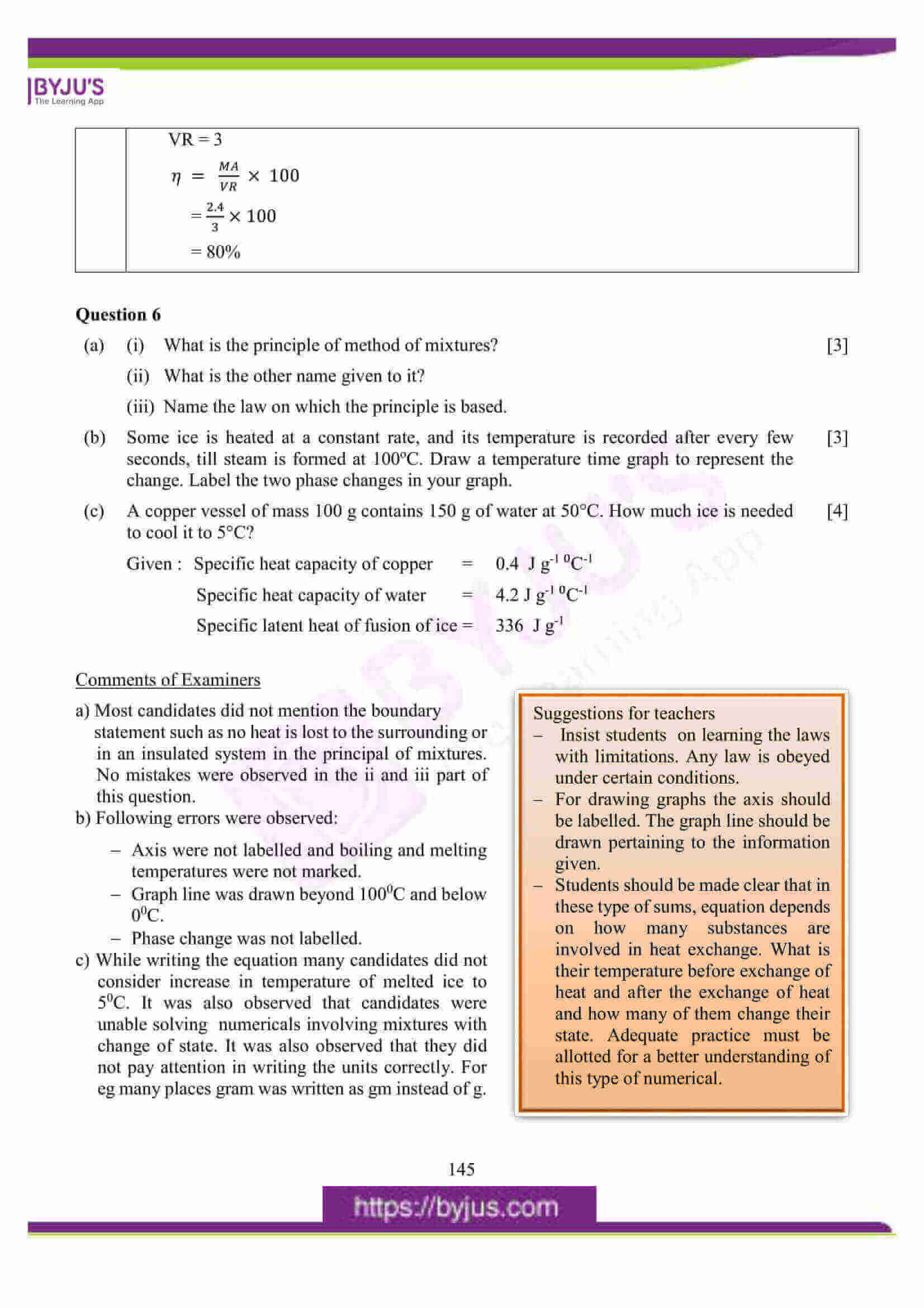 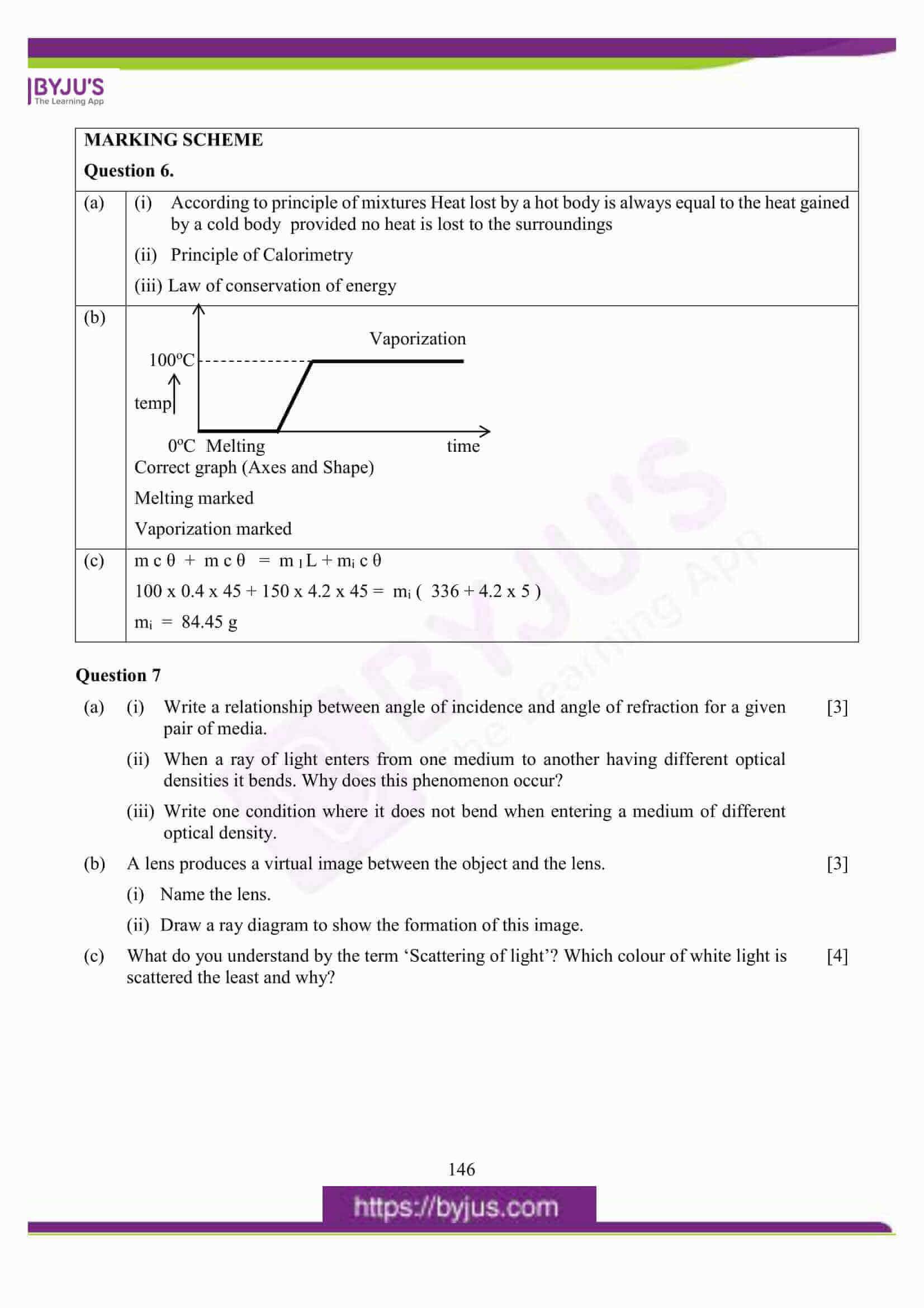 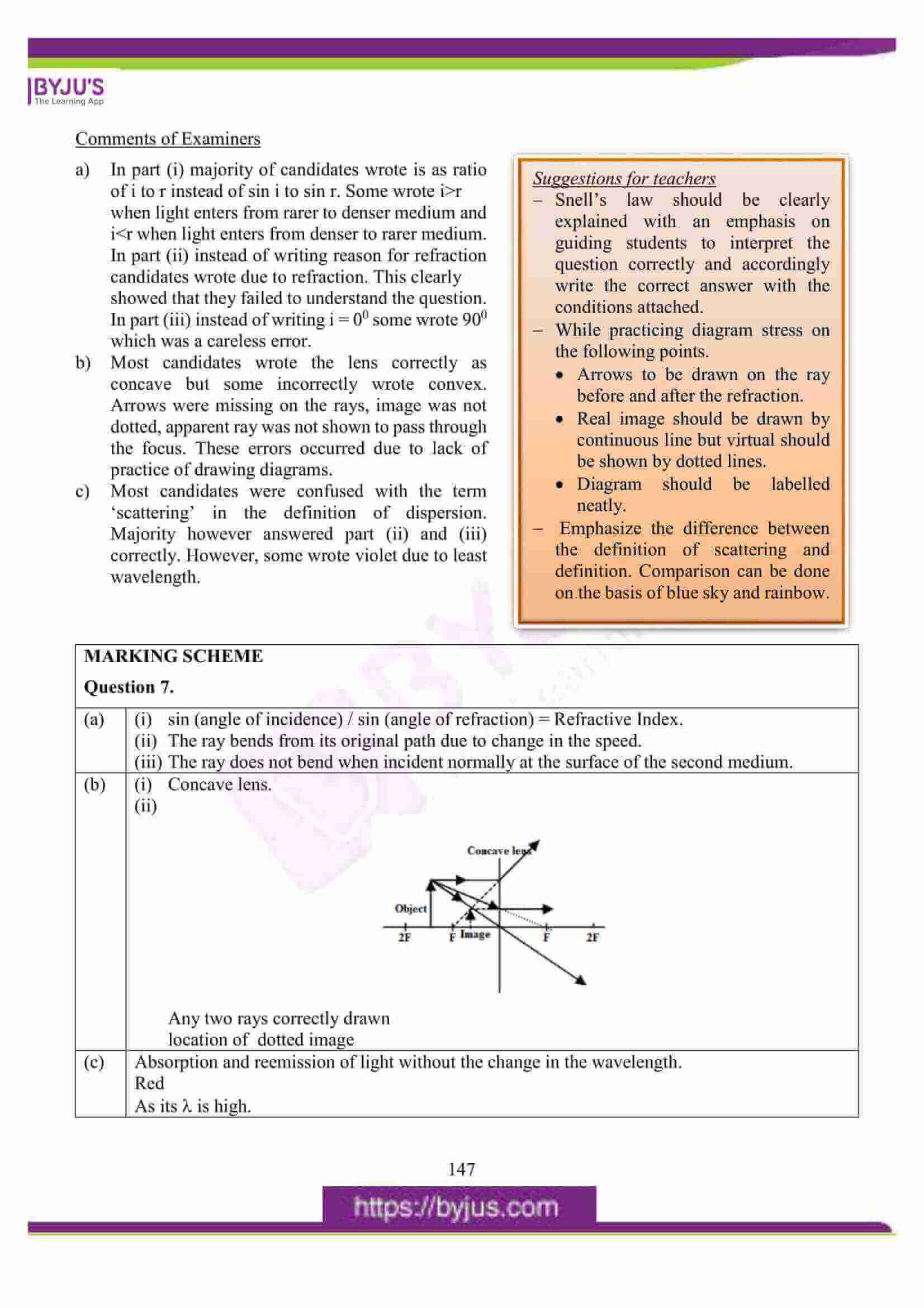 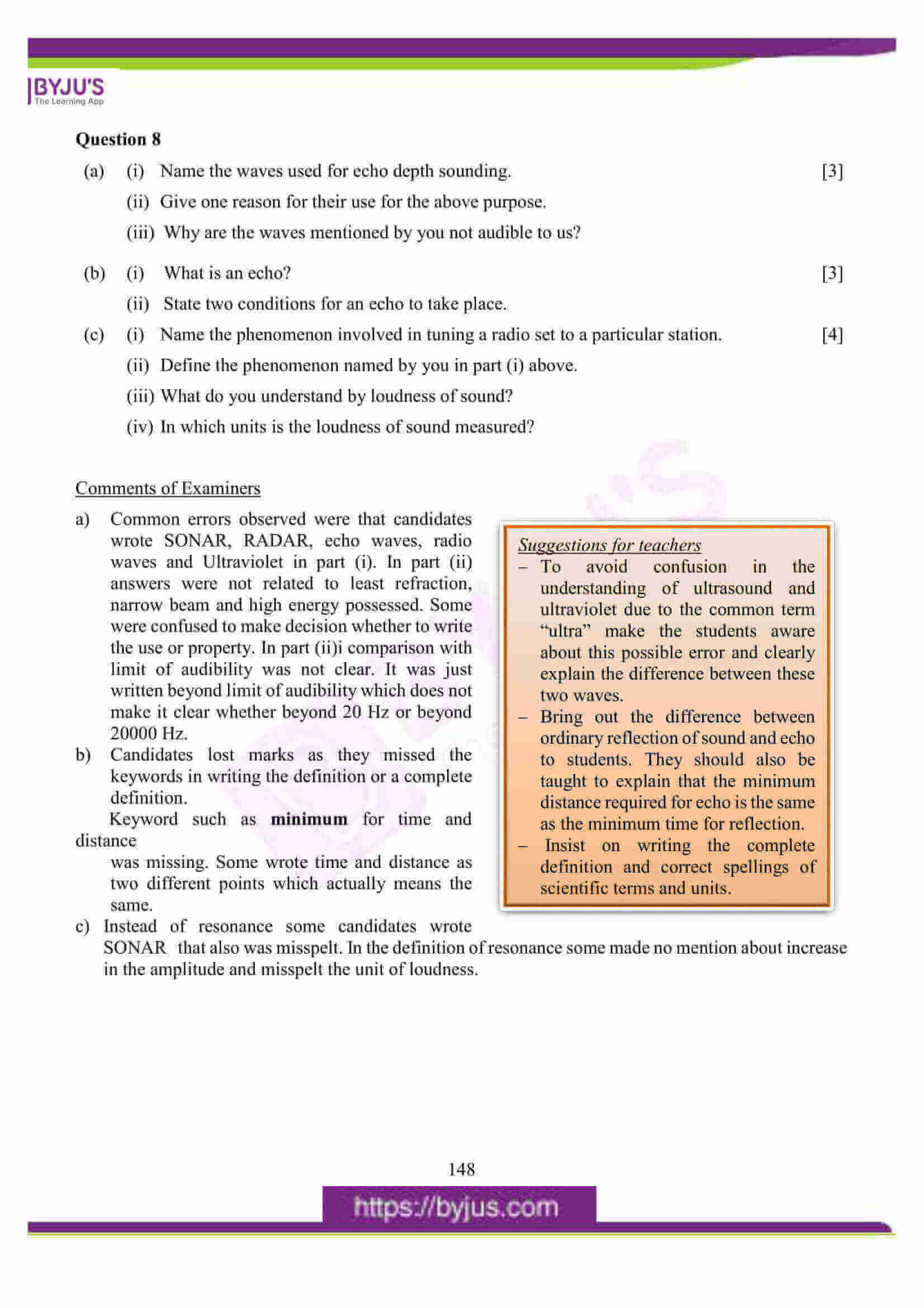 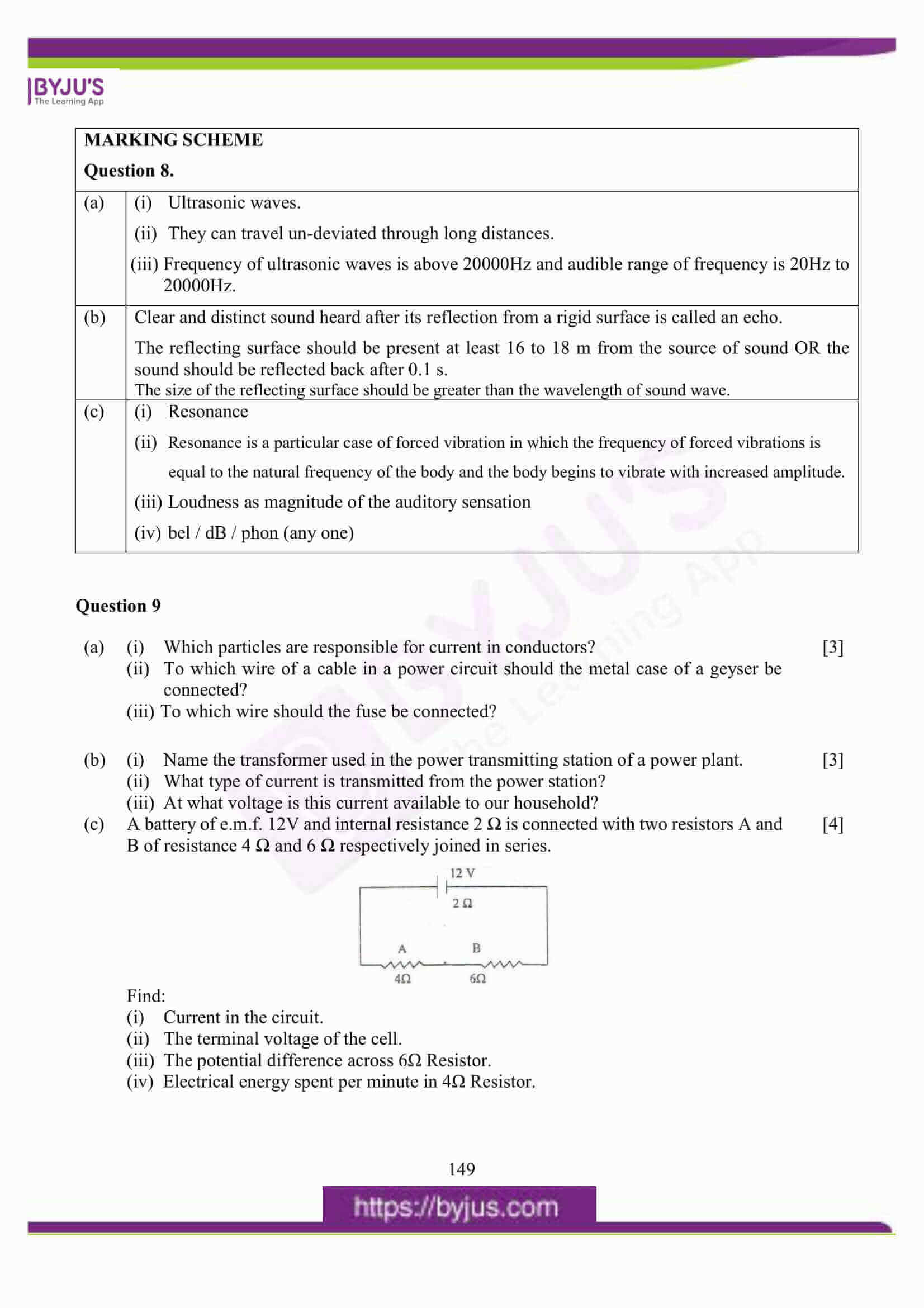 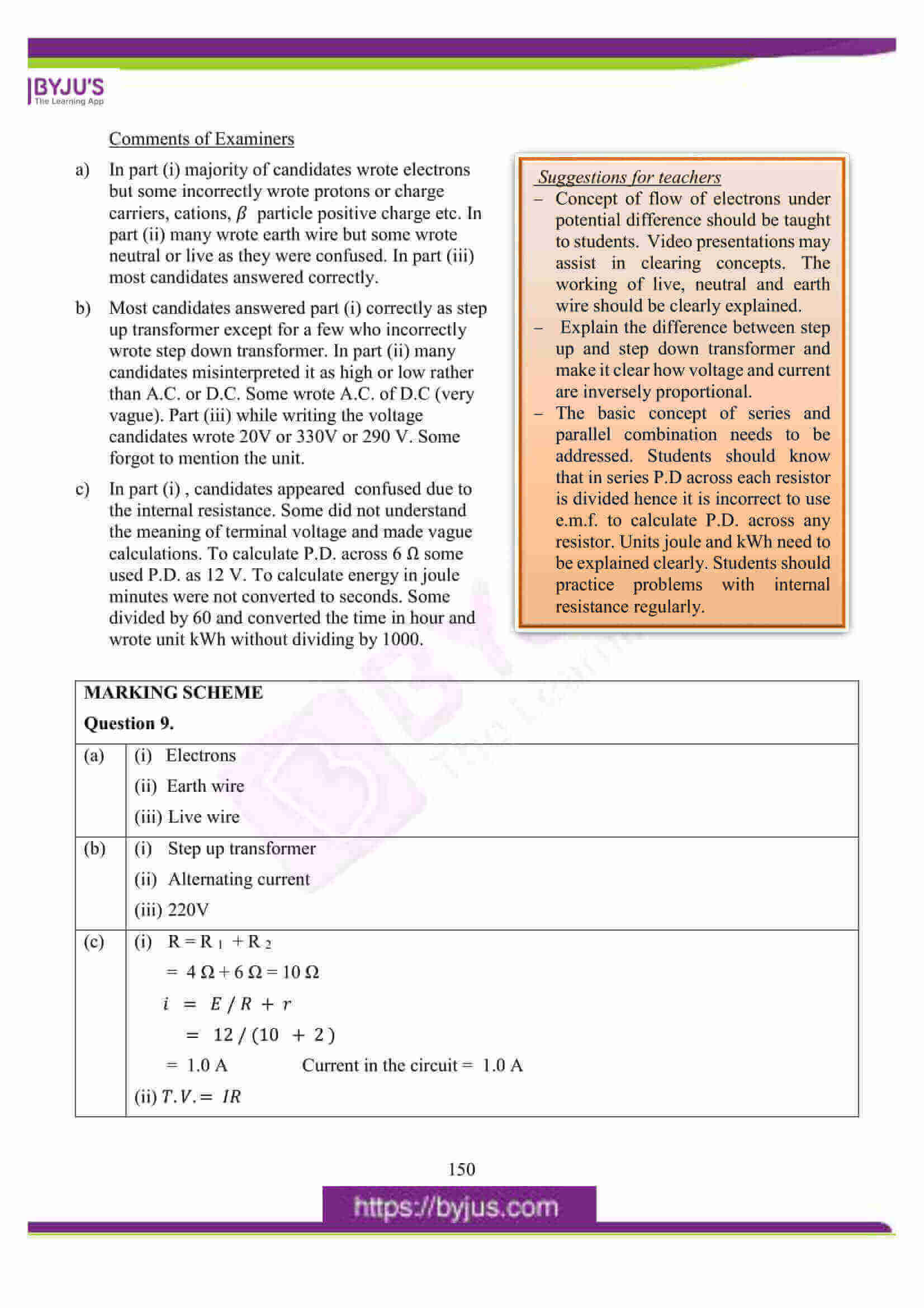 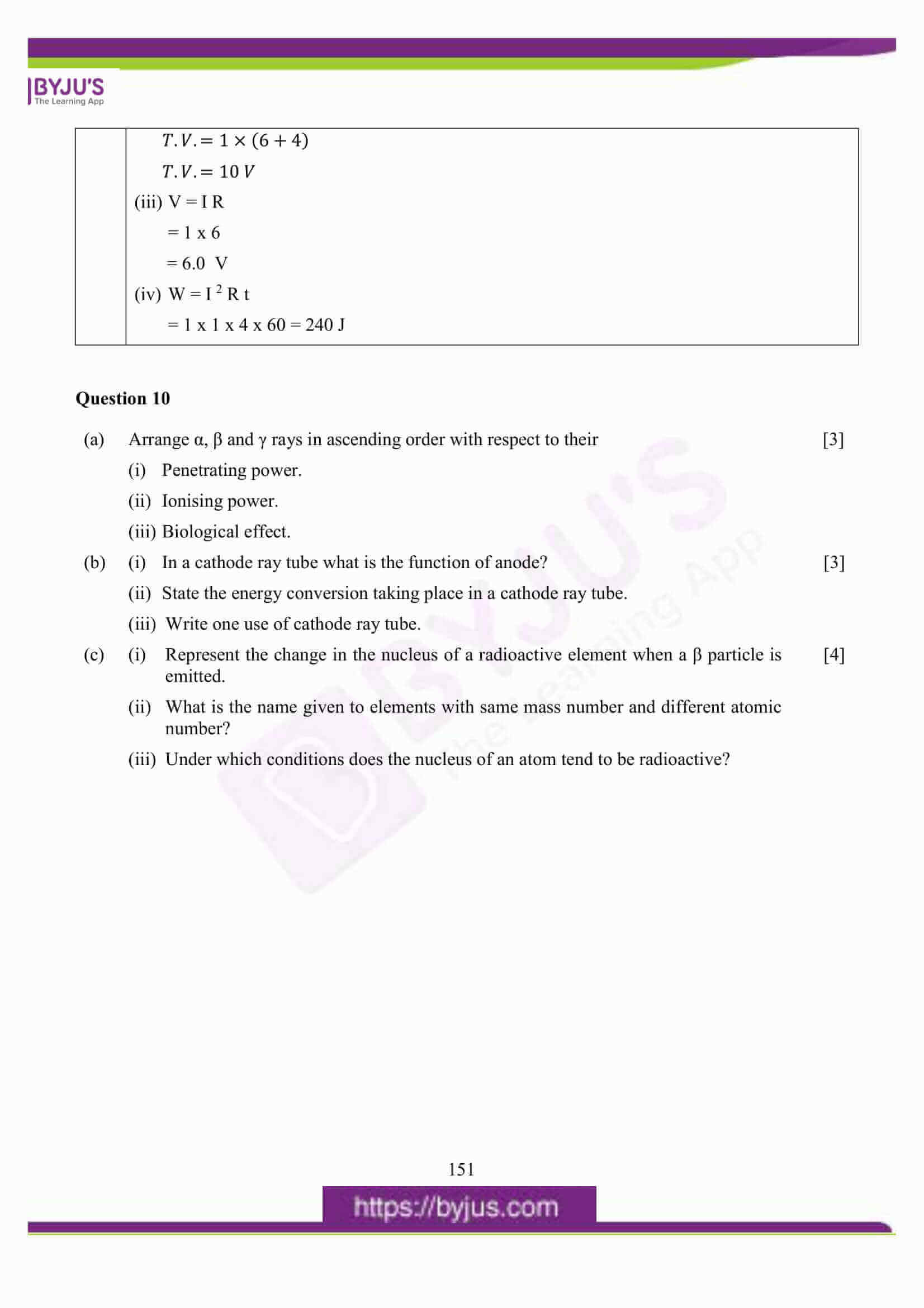 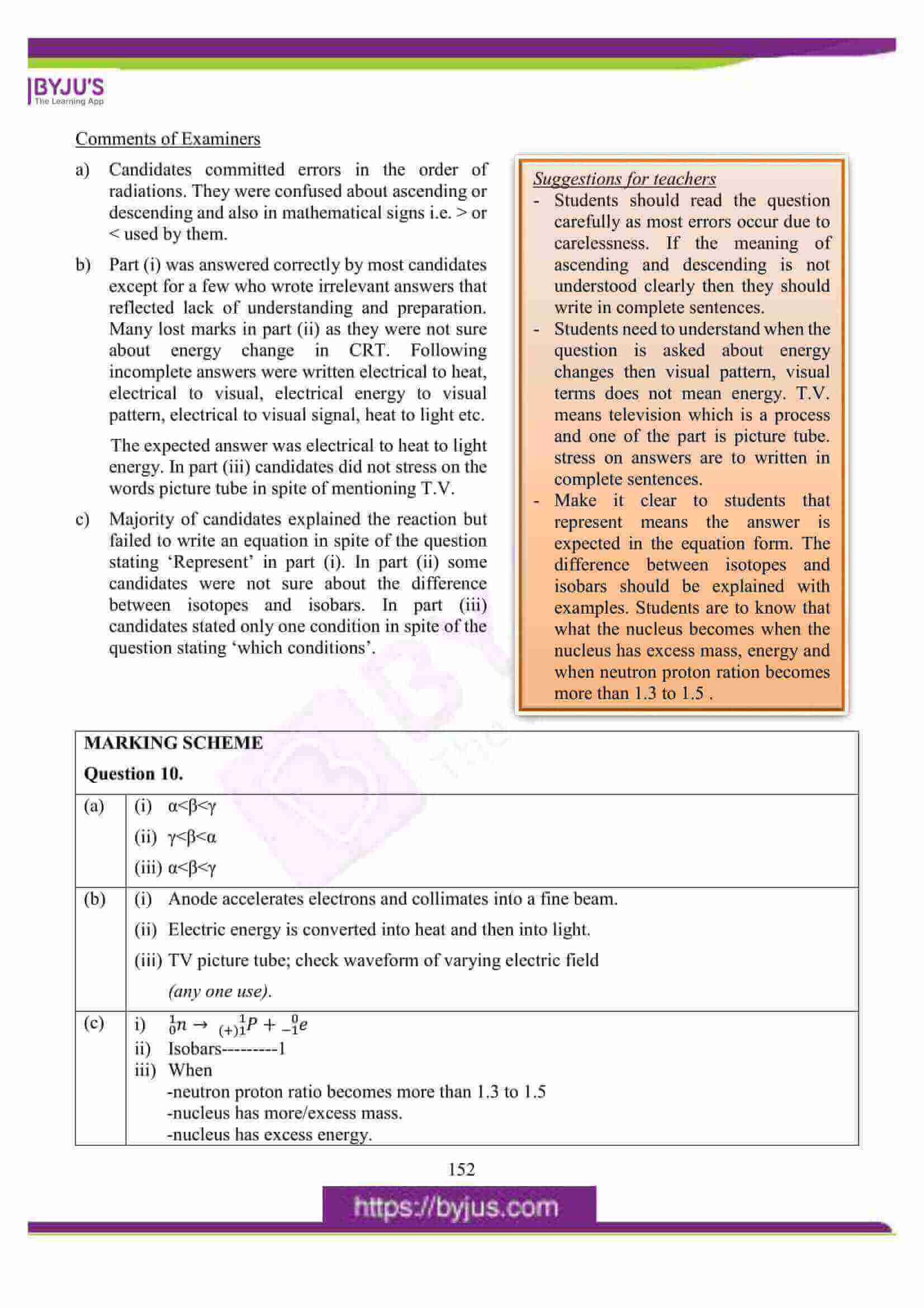 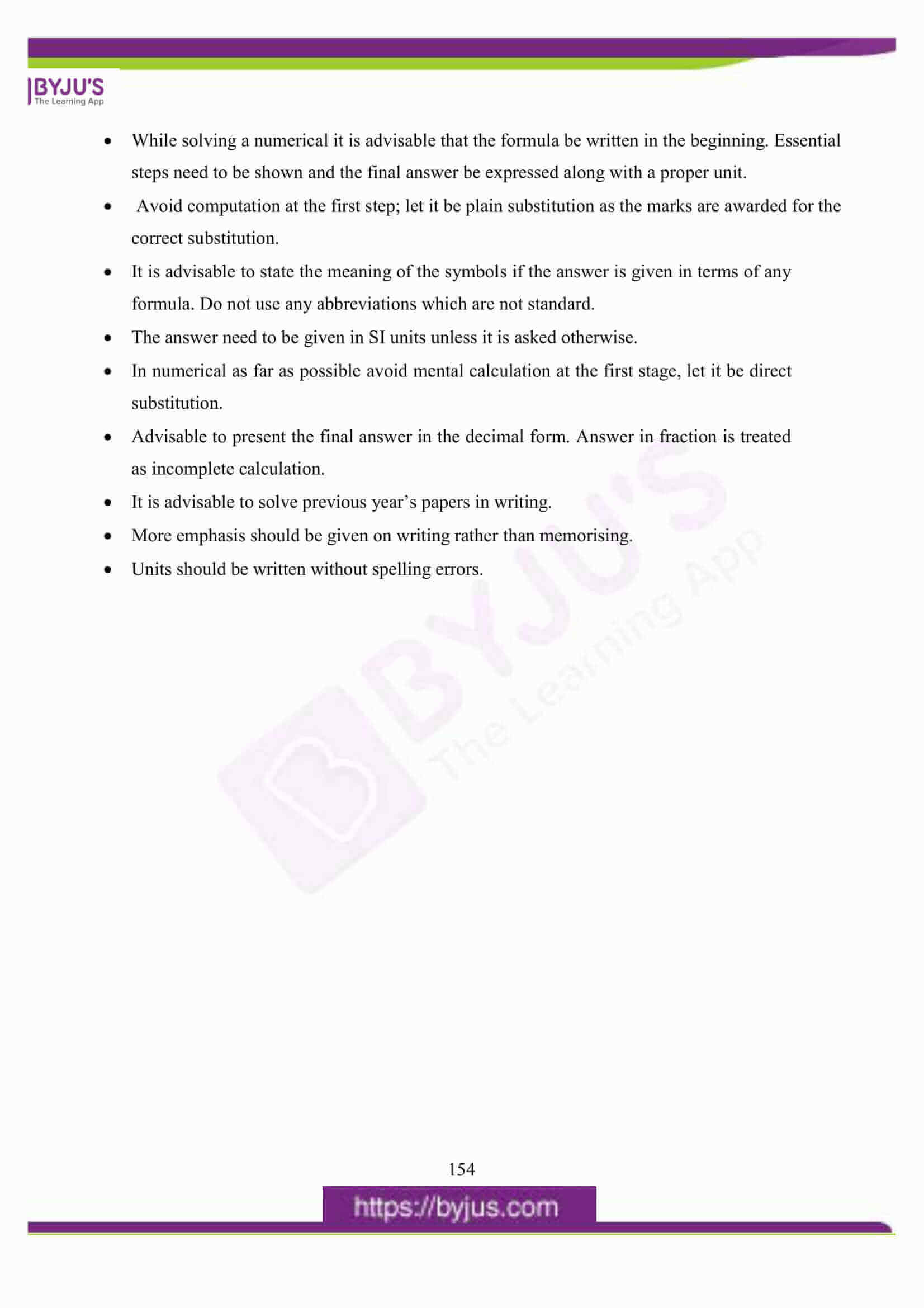 (a) (i) Give an example of a non-contact force which is always of attractive nature.

(ii) How does the magnitude of this non-contact force on the two bodies depend on the distance of separation between them?

(ii) The power developed by them.

(c) With reference to the terms Mechanical Advantage, Velocity Ratio and efficiency of a

machine, name and define the term that will not change for a machine of a given design.

(d) Calculate the mass of ice required to lower the temperature of 300g of water at 40°C to water at 0°C.

(e) What do you understand by the following statements:

(a) (i) Gravitational force

(ii) Magnitude of non-contact forces on the two bodies is inversely proportional to the Square of the distance of separation between them.

displacement of load in the same time.

(a) State two factors upon which the heat absorbed by a body depends.

(c) Copy the diagram given below and complete the path of light ray till it emerges out of the prism. The critical angle of glass is 42°. In your diagram mark the angles wherever necessary. 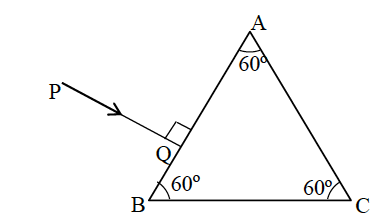 (d) State the dependence of angle of deviation:

(i) On the refractive index of the material of the prism.

(ii) On the wavelength of light.

– Directly proportional to the mass.

– Directly proportional to change in temperature.

– Directly proportional to the specific heat capacity. Any two factors.

(b) Refractive index will be different. 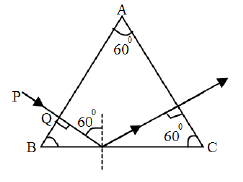 (d) (i) of deviation decreases with the decrease in

(ii) of deviation decreases with the increase in λ

(a) State two ways by which the frequency of transverse vibrations of a stretched string can be increased. 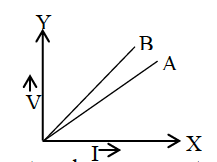 (i) What is the resistance of the music system?

(e) Calculate the quantity of heat produced in a 20 Ω resistor carrying 2.5A current in 5 minutes.

(a) i) By increasing the tension in the string

ii) By decreasing the length of the string.

(b) The disturbance produced in the environment due to undesirable loud and harsh sound of level above 120 dB.

(c) // combination is represented by A.

As slope gives resistance and slope of A is less.

(a) State the characteristics required of a good thermion emitter.

(b) An element ZSA decays to 85R222 after emitting 2 α particles and 1 β particle. Find the atomic number and atomic mass of the element S.

(c) A radioactive substance is oxidized. Will there be any change in the nature of its radioactivity? Give a reason for your answer.

(d) State the characteristics required in a material to be used as an effective fuse wire.

(e) Which coil of a step up transformer is made thicker and why?

As radioactivity is a nuclear phenomenon.

(a) A stone of mass ‘m’ is rotated in a circular path with a uniform speed by tying a strong string with the help of your hand. Answer the following questions:

(i) Is the stone moving with a uniform or variable speed?

(ii) Is the stone moving with a uniform acceleration? In which direction does the acceleration act?

(iii) What kind of force acts on the hand and state its direction?

(b) From the diagram given below, answer the questions that follow: 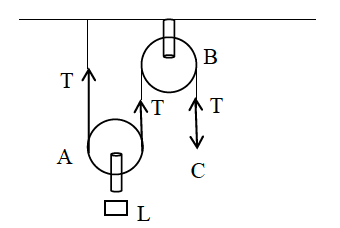 (i) What kind of pulleys are A and B?

(ii) State the purpose of pulley B.

(iii) What effort has to be applied at C to just raise the load L=20kgf? (Neglect the weight of pulley A and friction).

(c) (i) An effort is applied on the bigger wheel of a gear having 32 teeth. It is used to turn a wheel of 8 teeth. Where is it used?

(ii) A pulley system has three pulleys. A load of 120N is overcome by applying an effort of 50N. Calculate the Mechanical Advantage and Efficiency of this system.

(b) (i) A is movable pulley and B is fixed pulley.

(ii) So as to apply the effort in a convenient direction that is vertically downwards.

(a) (i) What is the principle of method of mixtures?

(ii) What is the other name given to it?

(iii) Name the law on which the principle is based.

(b) Some ice is heated at a constant rate, and its temperature is recorded after every few seconds, till steam is formed at 100oC. Draw a temperature time graph to represent the change. Label the two phase changes in your graph.

(iii) Law of conservation of energy

(a) (i) Write a relationship between angle of incidence and angle of refraction for a given pair of media.

(ii) When a ray of light enters from one medium to another having different optical densities it bends. Why does this phenomenon occur?

(iii) Write one condition where it does not bend when entering a medium of different optical density.

(b) A lens produces a virtual image between the object and the lens.

(ii) Draw a ray diagram to show the formation of this image.

(c) What do you understand by the term ‘Scattering of light’? Which colour of white light is scattered the least and why?

(ii) The ray bends from its original path due to change in the speed.

(iii) The ray does not bend when incident normally at the surface of the second medium. 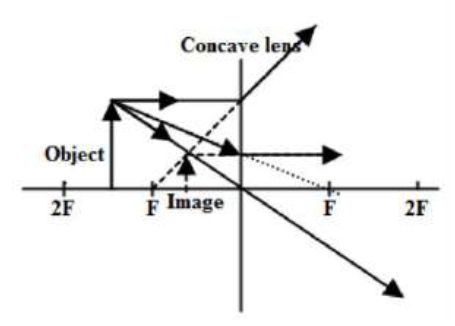 (c) Absorption and reemission of light without the change in the wavelength. Red

As its λ is high.

(a) (i) Name the waves used for echo depth sounding.

(ii) Give one reason for their use for the above purpose.

(iii) Why are the waves mentioned by you not audible to us?

(ii) State two conditions for an echo to take place.

(c) (i) Name the phenomenon involved in tuning a radio set to a particular station.

(ii) Define the phenomenon named by you in part (i) above.

(iii) What do you understand by loudness of sound?

(iv) In which units is the loudness of sound measured?

(ii) They can travel un-deviated through long distances.

(b) Clear and distinct sound heard after its reflection from a rigid surface is called an echo.

sound should be reflected back after 0.1s.

The size of the reflecting surface should be greater than the wavelength of sound wave.

(iii) Loudness as magnitude of the auditory sensation

(a) (i) Which particles are responsible for current in conductors?

(ii) To which wire of a cable in a power circuit should the metal case of a geyser be connected?

(iii) To which wire should the fuse be connected?

(b) (i) Name the transformer used in the power transmitting station of a power plant.

(ii) What type of current is transmitted from the power station?

(iii) At what voltage is this current available to our household?

(c) A battery of e.m.f. 12V and internal resistance 2 Ω is connected with two resistors A and B of resistance 4 Ω and 6 Ω respectively joined in series. 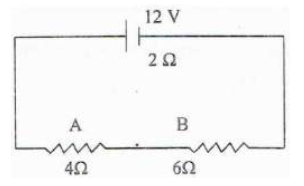 (i) Current in the circuit.

(ii) The terminal voltage of the cell.

(b) (i) Step up transformer

(a) Arrange α, β and γ rays in ascending order with respect to their

(b) (i) In a cathode ray tube what is the function of anode?

(iii) Write one use of cathode ray tube.

(c) (i) Represent the change in the nucleus of a radioactive element when a β particle is emitted.

(ii) What is the name given to elements with the same mass number and different atomic number?

(iii) Under which conditions does the nucleus of an atom tend to be radioactive?

(b) (i) Anode accelerates electrons and collimates into a fine beam.

(ii) Electric energy is converted into heat and then into light.

(iii) TV picture tube; check waveform of varying electric fields (any one use).

We hope ICSE Class 10 Physics Question Paper Solution 2016 must have provided an insight into the 2016 Question paper and their solutions. Going through this paper solution will surely help students in their exam preparation. Students can also find the answers of other papers of ICSE Class 10 Previous Years Questions by clicking here. Happy Learning and stay tuned to BYJU’S for the latest update on ICSE/CBSE/State Boards/Competitive exams. Also, don’t forget to download the BYJU’S App.