The ICSE Solutions of Selina publication for Class 8 Chemistry will provide you with an extra edge and boost your self-confidence during your final examinations. Instead of cramming the night before the exam, a regular revision is one of the best ways to strengthen and retain your concepts. Let us have a look at the chapters covered in this chapter:

Physical and Chemical Properties of Water:

State the importance of the water cycle in nature.

(i) Water cycle helps in regulating weather on the earth.

(ii) It makes water available in various forms on the earth.

Why is water very precious for all living beings?

Water is very important for the existence of life. Since life on the earth began in the oceans, and nothing can live on earth without water, so it is rightly called the source of life. Water forms a large part of the body mass of all living organisms -90% of human blood is water. Water has the ability to dissolve a number of substances. Therefore, it serves as the liquid medium in which all reactions within the living body take place. Fruits and vegetables contain water in them. Even dry-looking substances like wood, peas, beans, grams etc. contain some amount of water.

Name the two gases from which water is formed. What is the chemical composition of these two gases in the water? Give the molecular formula of water?

Oxygen and hydrogen are the gases from which water is formed.

The molecular formula of water is H2O.

What is the effect on the boiling point of water when

(a) pressure is increased

The boiling point of water increases with an increase in pressure.

(b) impurity is added

Its freezing point is lowered by impurities and raises its boiling point. For example, salt is added to the ice to lower its melting point. Such a mixture is called a freezing-mixture which is about

(a) Water is used as a cooling agent

Water is used as a cooling agent because of its high specific heat. Water neither heats up nor cools down quickly. This property makes water as an excellent cooling agent.

Water pipes burst in severe winter because the water inside the pipes freezes and increases its volume.

(c) It is difficult to cook in hills compared to plains.

Ice has a low density as compared to water. Water has a maximum density at 4°C. That is why ice floats on water.

Seawater does not freeze at 0°C because there are impurities dissolved in seawater which increases the freezing point.

How does the anomalous expansion of water help aquatic organisms in cold climates?

The survivals of water animals in very cold climates is helped by the anomalous expansion. Initially, when the temperature of the waterfalls, it becomes heavier and sinks down. This process continues till 4°C. Then after this expansion takes place. The surface layer gets frozen. lce, being a bad conductor of heat, does not allow the loss of heat from the water below and results in the survival of water animals.

(b) A solute is a substance which dissolves in other substances to form a solution. The solute is smaller quantity in solution.

“Substance which is dissolved in solvent” is called the solute.

(c) Solvent: A solvent is a medium in which a solute dissolves. It is in large quantity in solution.

What is meant by

(a) An unsaturated solution is a solution in which more of the solute can be dissolved at a given temperature.

(b) A saturated solution is a solution that cannot dissolve any more of the solute at a given temperature.

(c) A supersaturated solution is a solution that contains more solute than it can hold at room temperature.

(a) Increase in temperature

(b) Increase in pressure

(b) In solubility of a solid (solute) in water, the pressure has practically no effect on it. In the case of gases, the amount of a gas dissolved in water increases with an increase in pressure. 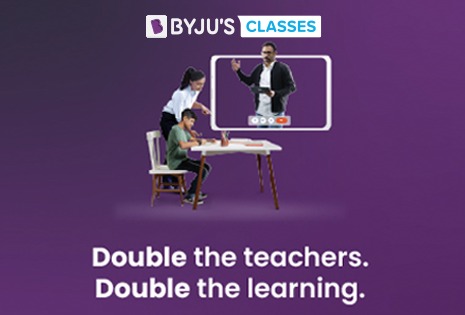