This exercise contains problems based on all the concepts discussed in this chapter. Moreover, this exercise concludes the chapter with different models of problems. The Selina Solutions for Class 10 Maths is the right resource for every student who is looking to improve his/her ability of solving problems and to get a strong grip over the concepts of ICSE Class 10 Maths. The solutions to this exercise are available in the Concise Selina Solutions for Class 10 Maths Chapter 15 Similarity (With Applications to Maps and Models) Exercise 15(E) PDF, which is provided in the links given below. 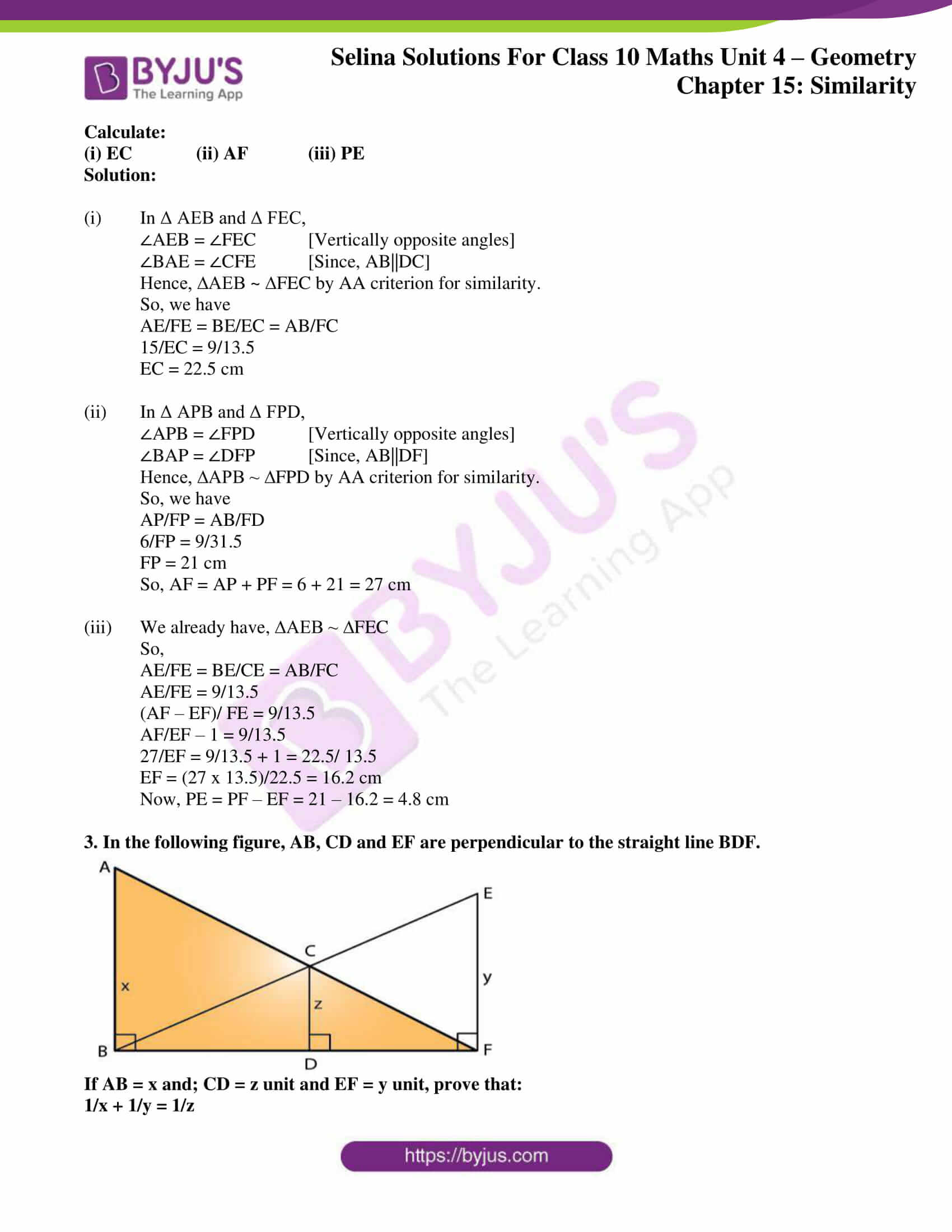 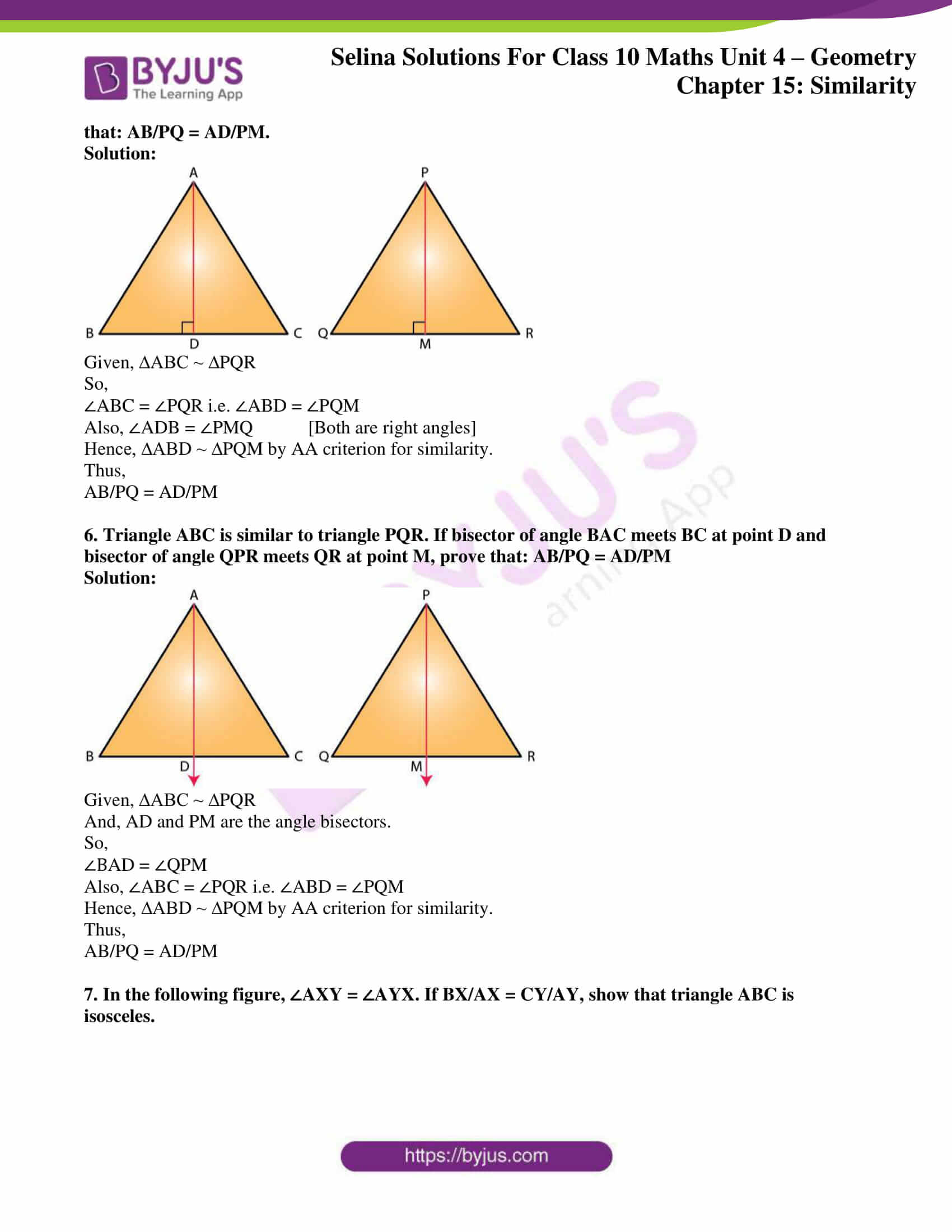 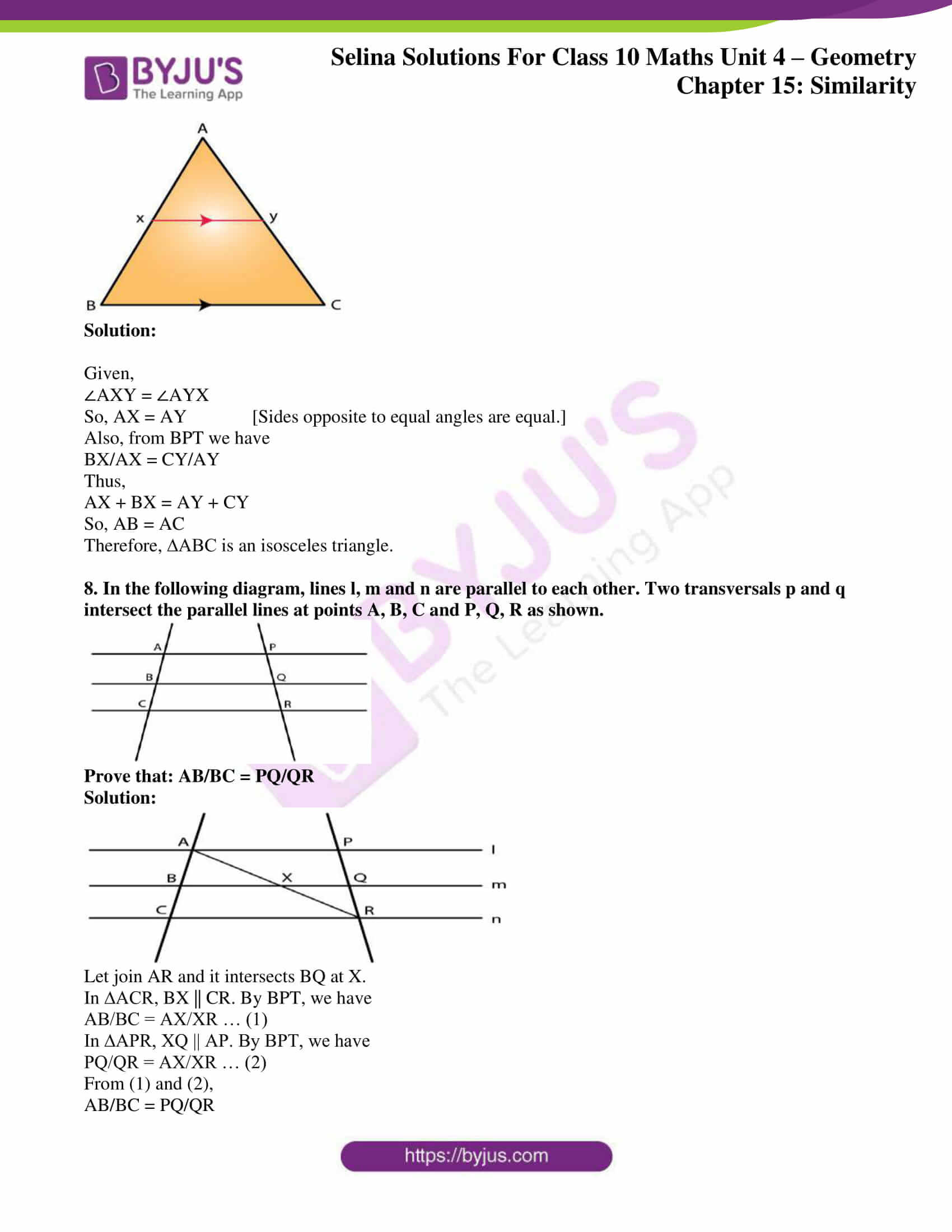 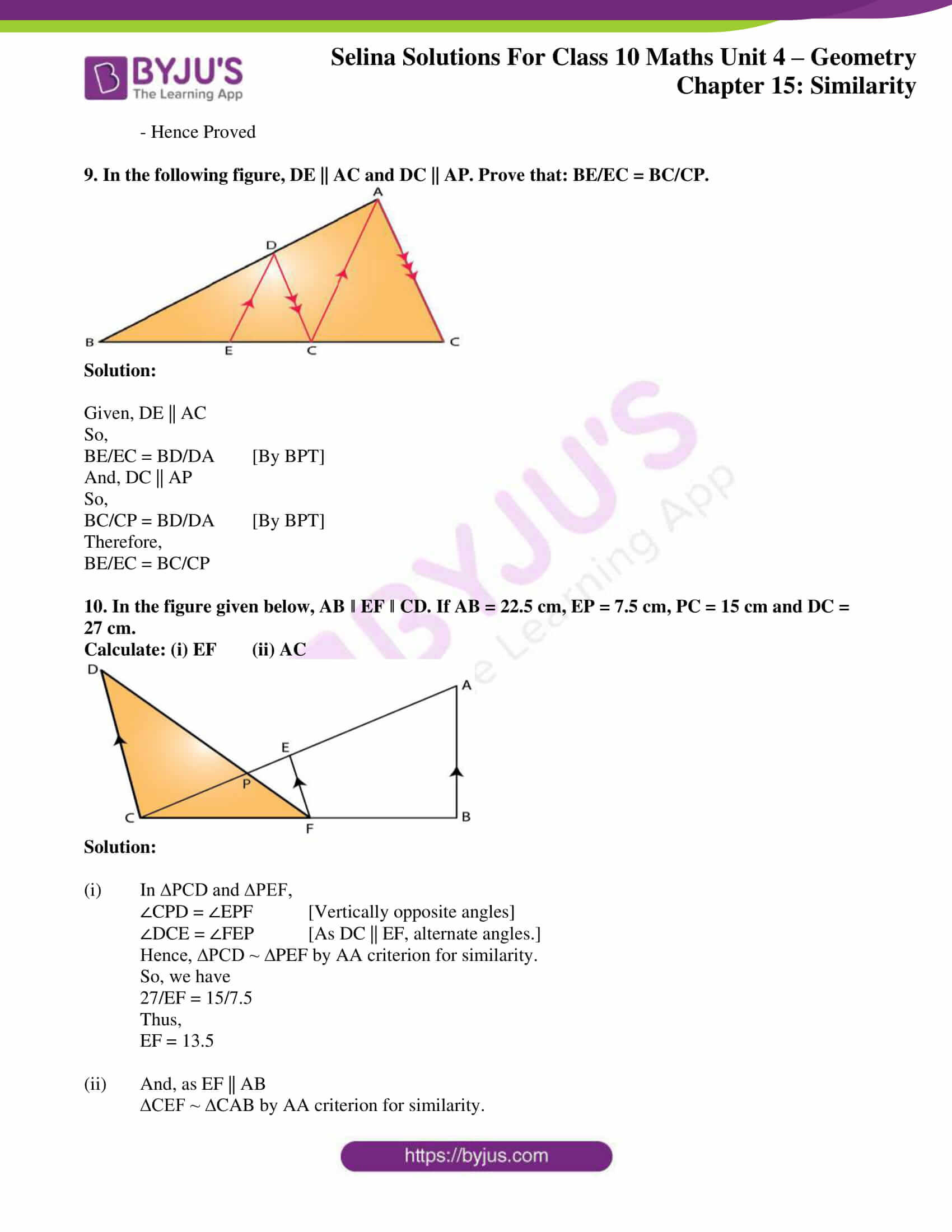 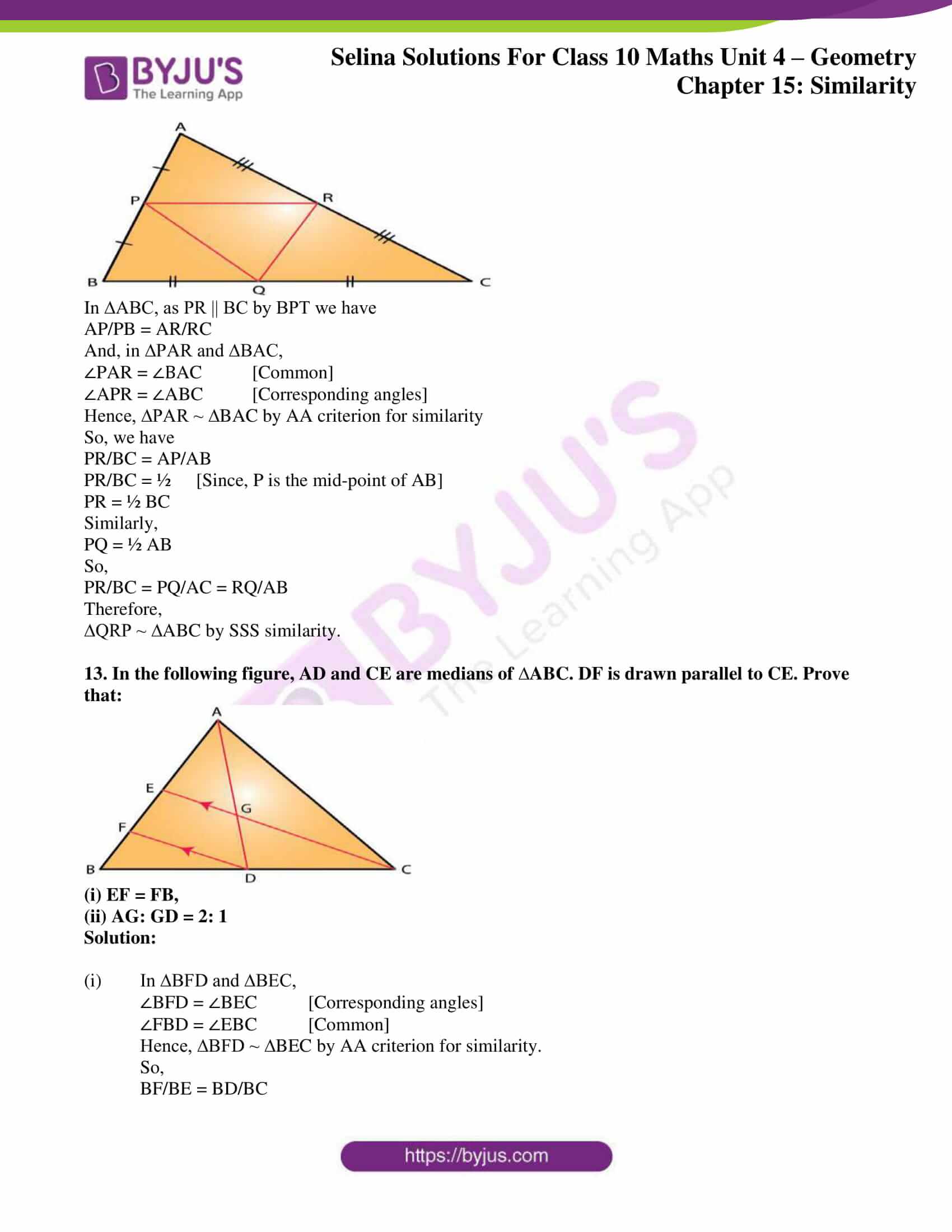 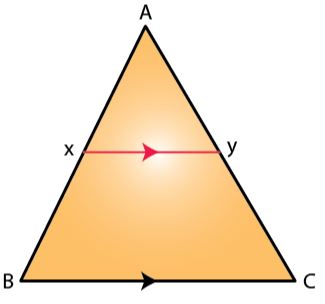 As corresponding sides of similar triangles are proportional, we have

3. In the following figure, AB, CD and EF are perpendicular to the straight line BDF. 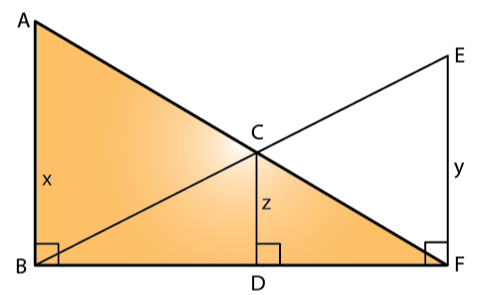 4. Triangle ABC is similar to triangle PQR. If AD and PM are corresponding medians of the two triangles, prove that: AB/PQ = AD/PM.

5. Triangle ABC is similar to triangle PQR. If AD and PM are altitudes of the two triangles, prove that: AB/PQ = AD/PM.

And, AD and PM are the angle bisectors. 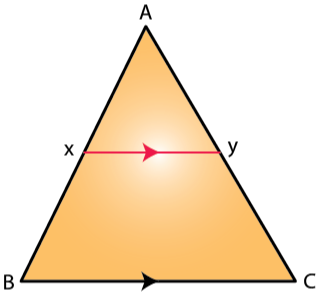 So, AX = AY [Sides opposite to equal angles are equal.]

Also, from BPT we have

Therefore, ∆ABC is an isosceles triangle.

8. In the following diagram, lines l, m and n are parallel to each other. Two transversals p and q intersect the parallel lines at points A, B, C and P, Q, R as shown. 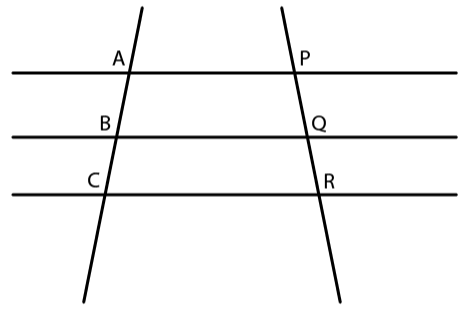 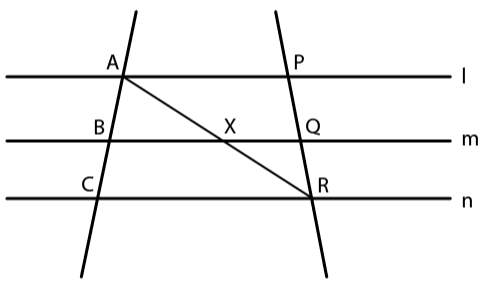 Let join AR and it intersects BQ at X. 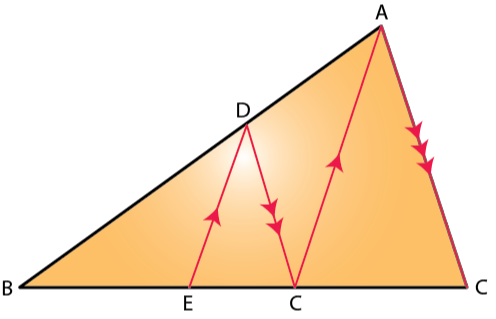 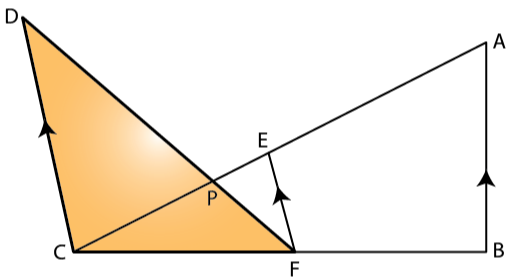 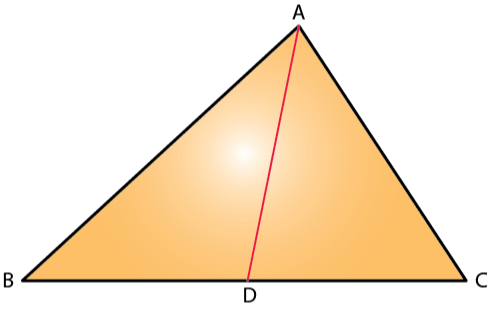 12. In the given triangle P, Q and R are mid-points of sides AB, BC and AC respectively. Prove that triangle QRP is similar to triangle ABC. 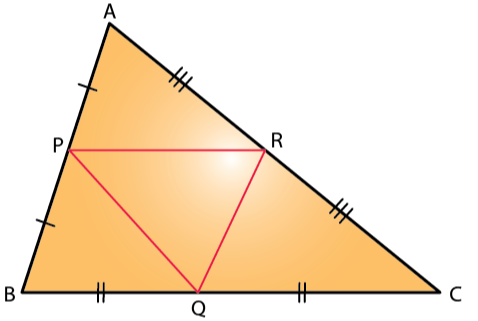 13. In the following figure, AD and CE are medians of ∆ABC. DF is drawn parallel to CE. Prove that: 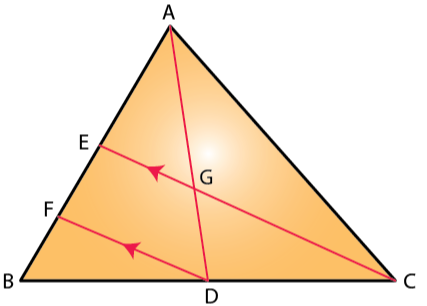 So, as the respective sides of two similar triangles are all of same length.

We can conclude that,