Breathing is one of the most vital acts. During different times of the day and through different emotions, our rhythm and breathing pattern fluctuates. This biological process could be involuntary or voluntary, it could occur automatically without consciously thinking about it or could change consciously at one’s own will. 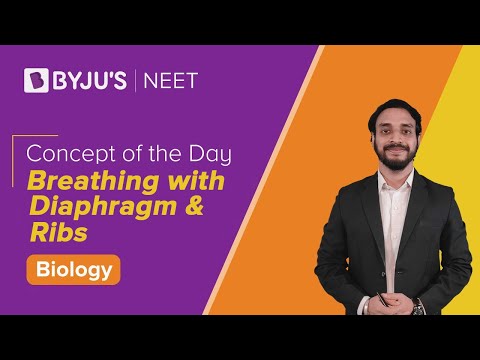 Diaphragmatic or deep breathing, belly or abdominal breathing refers to the breathing which is carried out by contraction of the diaphragm, which is a dome-shaped muscle that is horizontally situated between the abdominal and the thoracic cavity, separating the chest and the abdomen. When the diaphragm contracts strongly and tightens, air enters the lungs; however, unlike the traditional relaxed breathing, the intercostal muscles of the chest perform lesser work in this phenomenon. The belly too expands in the type of breathing in order to accommodate the contraction of the diaphragm.

The technique of controlled breathing accentuates diaphragmatic breathing which are planned to enhance the efficiency of ventilation. Thus, it reduces the work of breathing thereby increasing the projection of the diaphragm which improves the oxygenation and exchange of gases.

What happens when the diaphragm moves down?

When this happens, it pushes down the contents of the abdomen, propelling the abdominal wall to the outwards. When we breathe out, the diaphragm relaxes, the air passes out the lungs and the abdominal wall also flattens. Such a breathing has two effects on the body –

Also see: What is the function of diaphragm?

This type of breathing is distinguished by an outward and upward movement of the chest and is mostly seen during emergency situations or vigorous exercise. If chest breathing is used constantly, the body can get stressed and tense. This is as a result of the upper chest muscles that are activated, increasing the feelings of anxiety.

This was a brief on breathing and its types. Explore more related concepts, at BYJU’S.