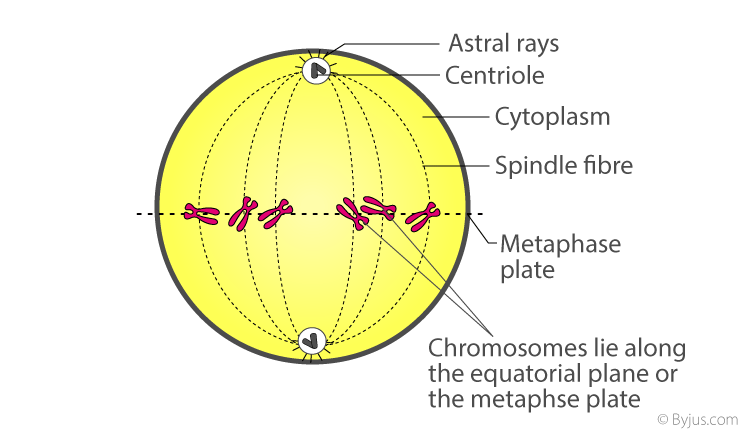 Metaphase is followed by Anaphase, which is characterized by separation and movement of sister chromatids to the opposite poles.

This was a brief note on Metaphase. Explore notes on mitosis, meiosis and other important concepts related to NEET, only at BYJU’S.