An earthworm is an invertebrate belonging to the phylum Annelida. They are found in the soil and make it fertile. They feed on dead organic matter. Pheritima and Lumbricus are the common earthworms found in India.

Earthworm is a hermaphrodite with a long, cylindrical and segmented body. The digestive system of earthworm comprises an alimentary canal that runs along the length of the body from mouth to anus and glands.

Characteristics of an Earthworm

The main characteristic features of an earthworm are: 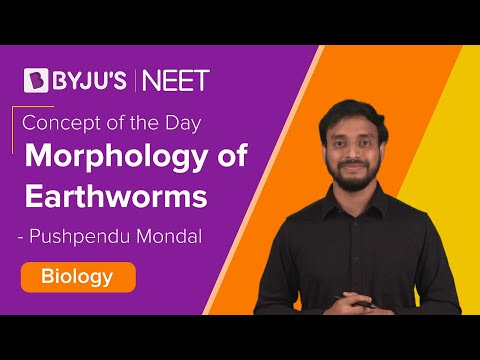 The digestive system of earthworm comprises an alimentary canal that runs along the length of the body from mouth to anus and glands.

Structure of the Alimentary Canal

The alimentary canal is long and straight and runs between the first and last segment of the body. 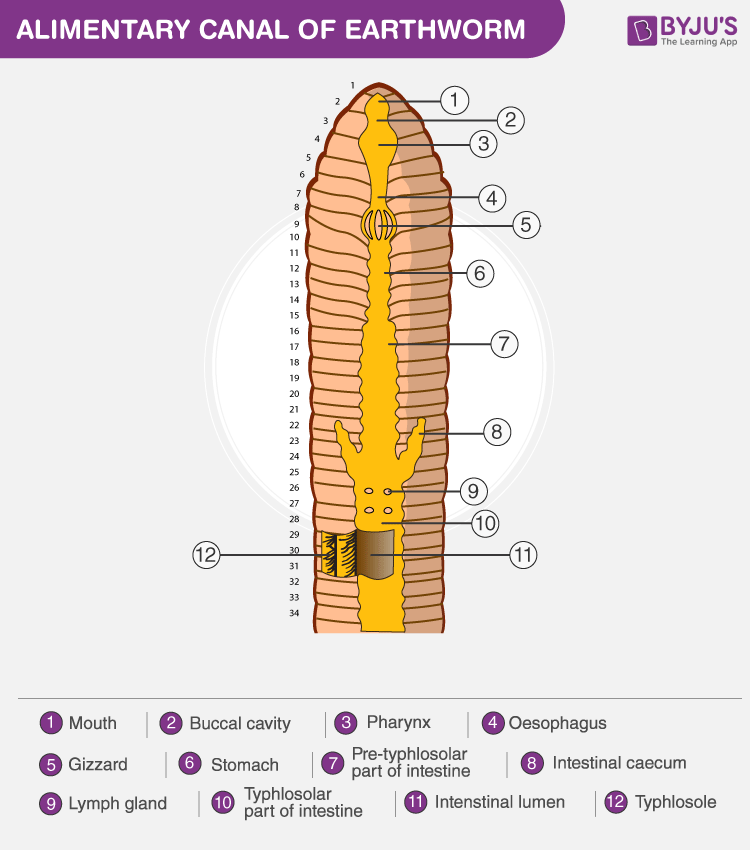 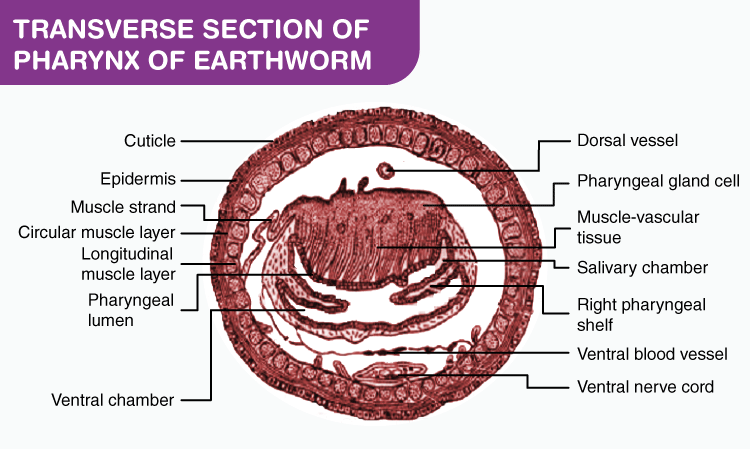 Earthworm feeds on dead and decaying organic matter present in the soil. This material is gathered at night. The digestion of earthworm is an extracellular process.

The enzyme present in the intestine are:

Learn more about structural organisation in animals only at BYJU’S.

Typhlosole is the large internal median fold of the dorsal wall of the intestine forming a longitudinal ridge, which is present after the 26th segment, except the last 23rd-25th segments. Typhlosole increases the area of absorption in the intestine.

What are the enzymes present in an earthworm?

The digestion in earthworms is an extracellular process. The food is broken outside the cell with the help of some enzymes. Enzymes such as protease, amylase, lipase, cellulase and chitinase help in this digestion process.