“Stress hormones are the hormones which are released during stress and they modify the internal environment of an organism in response to stress.”

Phytohormones are chemical compounds that regulate the various physiological processes in plants. They are produced in very less quantity. Plants are exposed to various kinds of stress like drought, salinity, heat, cold etc.

Plant hormones play an essential role during stress condition and help plant in adapting to adverse environmental conditions. Several phytohormones like Jasmonates, Salicylates and ABA interact together and act in hormone signal transduction cascade or “crosstalk” between hormones to form a defence network against environmental stresses.

Why is Abscisic acid called a Stress Hormone?

The stress hormone name in plants is Abscisic acid (ABA). It acts as a plant growth inhibitor and regulates abscission and dormancy. The naturally occurring Abscisic acid is dextrorotatory (+), synthetic ABA used commercially is a racemic mixture. ABA transport occurs through the xylem, phloem and parenchyma cells.

Abscisic acid is called a stress hormone because the synthesis of the hormone is stimulated by environmental stresses like drought, water logging etc. It plays an important role in tolerating abiotic stress. There are various developmental and physiological processes where ABA plays a critical role:

Hormones that are secreted in response to stress and emergency situation are known as stress hormones. These are responsible for initiating a series of reactions to stress referred to as “fight or flight” responses.

The three main stress hormones in humans are:

These stress hormones are rapidly secreted under stress and emergency situations. These are secreted from the adrenal gland, a pair of triangular-shaped gland present on kidneys.

How do these stress hormones function during stress?

These stress hormones initiate various reactions in response to stress: 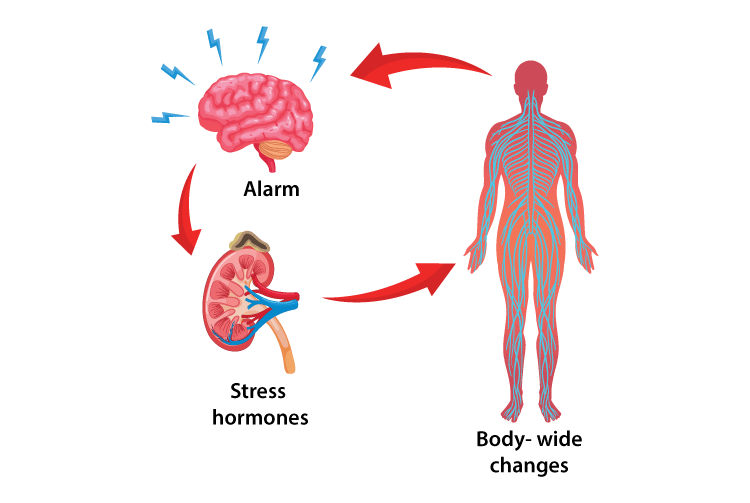 Learn more about different types of Plant Hormones and Chemical Coordination And Integration with BYJU’S.

What are stress hormones in plants?

What are some stress hormones in humans?

Cortisol is a major human stress hormone. It is a steroid hormone in the class glucocorticoid. It is produced by the zona fasciculata of the adrenal gland. Release of this hormone increases during stressful conditions. 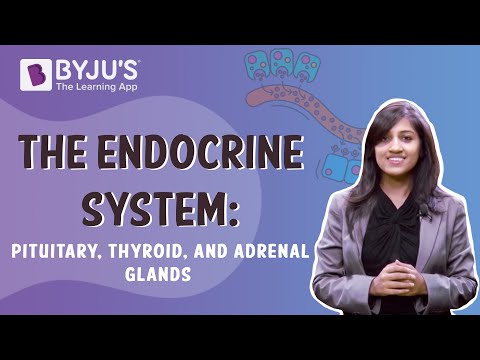