The motion of the body moving with constant speed along a circular path is called Uniform Circular Motion. If the particle is moving in a circle, it must have some acceleration acting towards the centre which is making it move around the centre.

So if a particle is moving in a uniform circular motion:

1) Its speed is constant

2) Velocity is changing at every instant

3) There is no tangential acceleration

4) Radial (centripetal) acceleration = ω2r,ω is the angular velocity and r is the radius of the circle.

Q1: The angular velocity of a body moving with a constant speed v in a circle of radius r is given by

Q2: A cyclist turns around a curve at 15 miles/hour. If he turns at double the speed, the tendency to overturn is

Q3: What will be the velocity vector of a particle moving in a circle describing equal angles in equal times

Answer: (a) Changes in direction

Answer: (a) Acceleration of constant magnitude

Q5: A motorcyclist going with a constant speed in a circular track has

Q6: What could be the reason a car moving on a horizontal road gets thrown out of the road while taking a turn

Answer: (d) Due to lack of sufficient centripetal force

Q7: If a particle moves with constant angular velocity in a circle then during the motion its

Answer: (b) Energy is conserved

Q8: A stone tied to a string is rotated in a circle. If the string is cut, the stone flies away from the circle because

Answer: (b) Of its inertia

Q9: A body moves with a constant speed along a circle. Then,

Q10: A tachometer is a device to measure

Answer: (b) Speed of rotation

Suggested NEET Physics Topics for you: 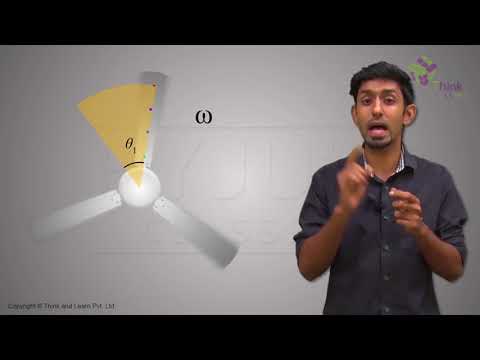