Paramecium or Paramoecium is a genus of unicellular ciliated protozoa. They are characterised by the presence of thousands of cilia covering their body. They are found in freshwater, marine and brackish water. They are also found attached to the surface. Reproduction is primarily through asexual means (binary fission). They are slipper-shaped and also exhibit conjugation. They are easy to cultivate and widely used to study biological processes. 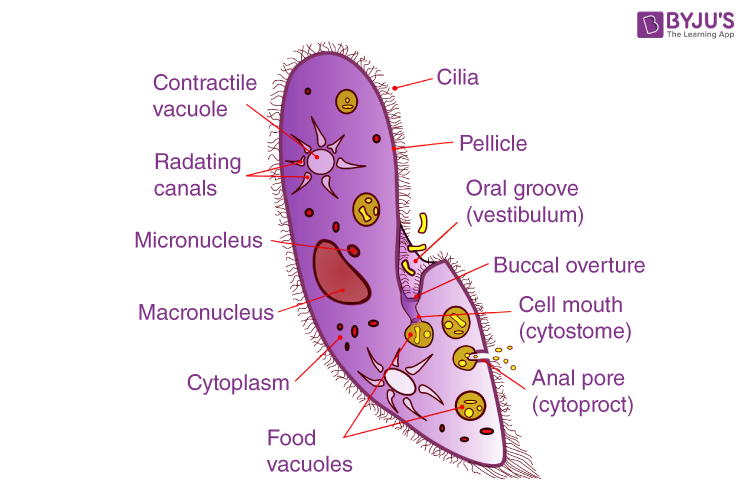 Paramecium is unicellular and eukaryotic, so they are kept in the kingdom Protista. They are ciliated protozoan and come under phylum Ciliophora.

The common species of Paramecium include:

The coordinated movement of thousands of cilia propels paramecium. Paramecium can rotate around its axis and move in the reverse direction on encountering an obstacle.

They are mostly heterotrophic. They feed on bacteria, algae, yeast and other microorganisms. They are holozoic. The food-laden water is drawn inside by the movement of cilia and it goes to the cytostome and to the gullet (cytopharynx).

The food gets loaded at the posterior end of cytopharynx. It gets surrounded by vacuoles, pinches off and circulates in the endoplasm. The food is acted upon by digestive enzymes present in the food vacuoles.

Some of the Paramecium species, e.g. Paramecium bursaria, etc. form a symbiotic relationship with green algae. Algae are present as an endosymbiont and provide food to paramecium by photosynthesis, in turn, the algae get a safe and protective habitat.

Asexual Reproduction in paramecium is by binary fission. The mature cell divides into two cells and each grows rapidly and develops into a new organism. Under favourable conditions, Paramecium multiplies rapidly up to three times a day. Binary fission divides a cell transversely and followed by mitotic division in the micronucleus. Macronucleus divides amitotically. The gullet also divides into two halves.

Although the favoured mode of reproduction in Paramecium is mostly asexual, they reproduce sexually too, when there is a scarcity of food.

Sexual reproduction in Paramecium is by various methods.

In conjugation, two complementary paramecia (syngen) come together and there is a transfer of genetic material. An individual has to multiply asexually 50 times before reproducing by conjugation.

In the process of conjugation, the conjugation bridge is formed and united paramecia are known as conjugants. Macronuclei of both the cells disappear. The micronucleus of each conjugant forms 4 haploid nuclei by meiosis. Three of the nuclei degenerate. The haploid nuclei of each conjugant then fuse together to form diploid micronuclei and cross-fertilization takes place. The conjugants separate to form exconjugants. They are identical, but different from the earlier cells. Each exconjugate undergoes further division and forms 4 daughter Paramecia. Micronuclei form a new macronucleus.

Paramecium also shows autogamy i.e. self-fertilization. A new macronucleus is produced, which increases their vitality and rejuvenates them.

Cytogamy is less frequent. In cytogamy, two paramecia come in contact but there is no nuclear exchange. Paramecium rejuvenates and a new macronucleus is formed.

A Paramecia undergoes ageing and dies after 100-200 cycles of fission if they do not undergo conjugation. The macronucleus is responsible for clonal ageing. It is due to the DNA damage.

Learn about other protists and similar concepts related to NEET only at BYJU’S.

What is Paramecium known for?

Paramecium are prey for Didinium that are unicellular ciliates. Paramecium aids in the carbon cycle by feeding on decaying plants and bacteria. They can also be used as a model organism in research.

What does the gullet do in a paramecium?

Gullet in a paramecium acts as buccal cavity where the food is converted into food vacuoles for digestion. 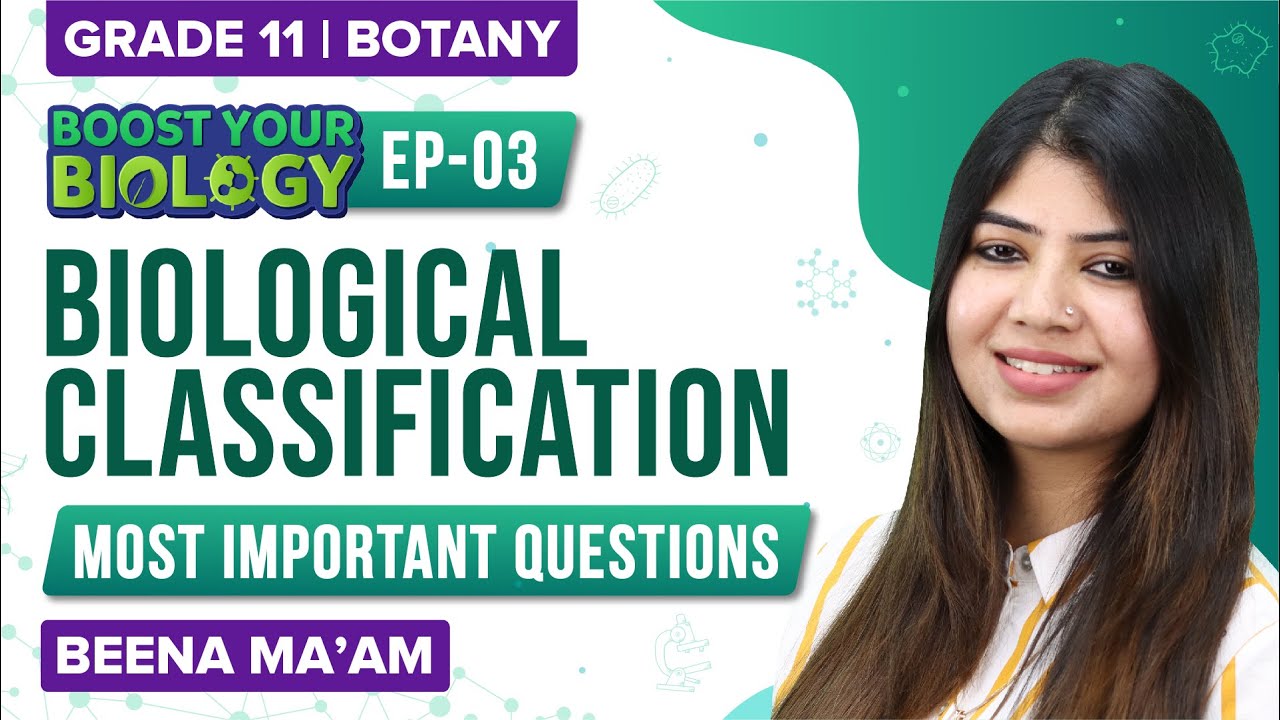 Test your Knowledge on Paramecium
Q5