Acylation also sometimes called alkanoylation is a chemical process wherein an acyl group is added to a compound or molecule to be more precise. The acyl group is provided by a compound which is called the acylating agent. In this reaction, acyl halides are mainly used as the acylating agents. This is because acyl halides form a strong electrophile when they are treated with some metal catalysts.

The mechanism of the Acylation reaction is based on the electrophilic aromatic substitution. As stated above, in Organic Chemistry, acylation is the process or mechanism of adding an acyl group (RCO-) to a particular compound. The reaction basically involves substitution by a nucleophile (electron donor) at the electrophilic carbonyl group (C = O) of a carboxylic acid derivative. The substitution usually proceeds by an addition-elimination reaction.

While there are several acylating reagents the two common reagents that bring about acylation are acid halides (X = Cl, Br) and anhydrides (X = OCOR).  The nucleophiles in the acylation reaction are alcohols (ROH) or phenols (ArOH). Both of them give rise to esters, ammonia or amines. In most cases, acyl halides are widely used as acylating agents since these form strong electrophiles when added with some metal catalysts.

Let us take the example of the Friedel-Crafts acylation. This reaction uses the acetyl chloride, CH3COCl, as the acylating agent and the compound called aluminium chloride, AlCl3 as the catalyst. In Friedel-Crafts acylation, there is an addition of an acyl group to an aromatic ring or in simple terms ethanol or the acetyl group is added to the benzene. The following reaction shows the mechanism.

In a Friedel-Crafts acylation reaction, the aromatic ring is transformed into a ketone.

The acyl halides and the anhydrides of the carboxylic acids are commonly used as the acylating agents for acylating amines forming amides or also acylate alcohols which form the esters. The alcohols and amines are nucleophiles; this mechanism is a kind of nucleophilic acyl substitution reaction. Succinic acid is commonly used in various types of acylation reactions. Acylation occurs when two or more salts of succinic acid add to form a single compound.

The acylation process is used in preventing the rearrangement reactions which occur in the process of alkylation. For achieving this, the acylation reaction is usually performed, later the carbonyl group is removed by the Clemmensen reduction reaction or some similar process.

A Simple kind of Acylation reaction example is given below;

The Acetic acid or the CH3COOH, vinegar which is 5 per cent of the acetic acid in water are present in the form of their chloride, this is the acetyl chloride, having a chemical structure CH3-COCl.

The process of Acylating the benzene with such substance in presence of the catalyst aluminium chloride gives this reaction. It is as shown below.

Alternatively, acylation is a very important reaction for primary and secondary amines. In this case, a hydrogen atom is replaced by an acyl group. Reagents that are used in this case are basically anhydrides ((RCO)2O), acid chlorides (RCOC1, RSO2C1) or even esters (RCOOR′). The products obtained are mainly amides of the corresponding acids. 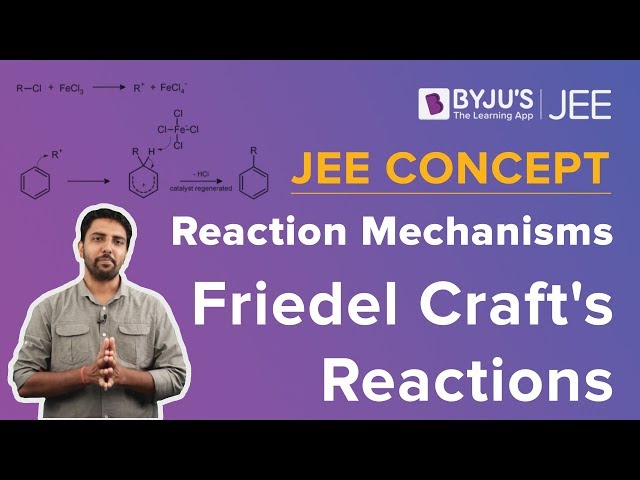 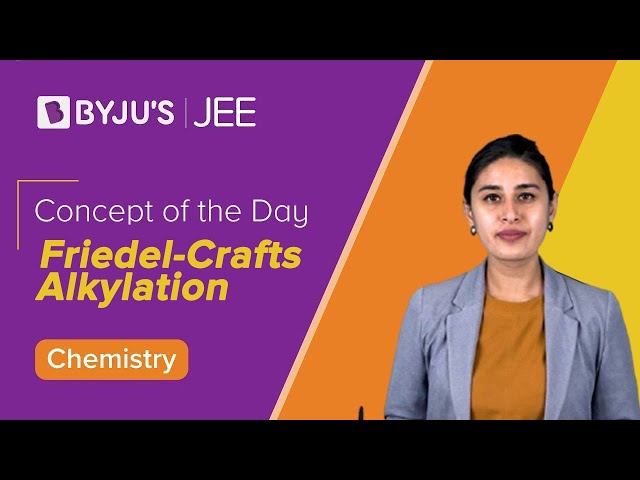 Test your Knowledge on acylation
Q5