Birla Institute of Technology And Science 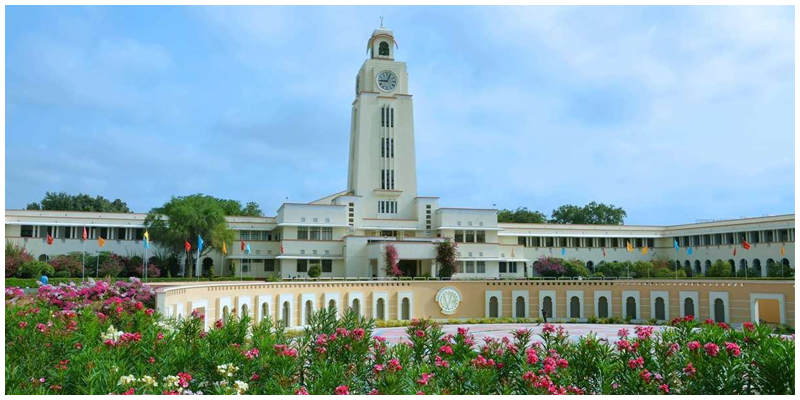 The motto of BITS Pilani is “jñānaṁ paramaṁ balam” which means “Knowledge is the supreme power.” Presently BITS has campuses in Pilani, Hyderabad, Goa and Dubai.

The area of the campus including the Birla Education Trust is around 990 acres. Though the area developed for engineering college is much lesser.

The campus is beautiful with a temple of Saraswati called “Birla Mandir” which lights up during the night.

The BITS Pilani campus also has India’s first technological museum known as “Birla Museum” which showcases technological achievements. An auditorium, decorated with paintings by students from the department of art and decoration is also a part of the campus.

In addition to this BITS Pilani has eleven hostels for men and one for women. The hostels are named after saints, historical and religious figures. Males and females have separate dining areas. Students may also dine at the Institute Canteen, the All-Night Canteen, and the Student Activity Centre cafeteria.

Bits Pilani ranks in top 5 colleges according to India Today, Outlook, NAAC and most other surveys that included government and private colleges.

There are many extracurricular activities and fests held in BITS Pilani all-round the year. Here are the major ones:

To be able to enrol in BITS Pilani candidates have to appear in BIT-SAT which is a merit-based computerized competitive examination.

The placements at BITS Pilani are as good as and sometimes better than some of the IIT and NIT. The average CTC is only 7.5 LPA whereas the highest usually goes up to 23 LPA and more. In the last couple of years, a few students have also managed to secure 1.4 and 1.44 crores per annum package from Google and Facebook respectively.