Introduction: What is Bond Enthalpy?

Bond Enthalpy, also known as bond energy, is a quantity that offers insight into the strength of a chemical bond and, by extension, its stability. The bond enthalpy of a chemical bond can be defined as the total amount of energy required to break 1 mole of that chemical bond. For example, the bond enthalpy of the oxygen-hydrogen single bond is equal to 463 kJ/mol. This implies that a total of 463 kilojoules of energy is required to break 1 mole of hydrogen-oxygen single bonds.

It can also be noted that some definitions specifically define bond enthalpy as the amount of energy required to break one mole of a chemical bond at 298K at gas phase. The higher the value, the stronger the bond and high energy required to break the bond. An illustration detailing how the chemical bond between atoms A & B is broken when energy equal to the bond enthalpy is supplied to molecule AB is provided below.

If a molecule has several bonds, bond enthalpy is calculated for each bond and the average value has been considered. For example, methane (CH4) has four C-H bonds, and average bond energy is +1652 kJ and +415.5kJ per mole of the bond. 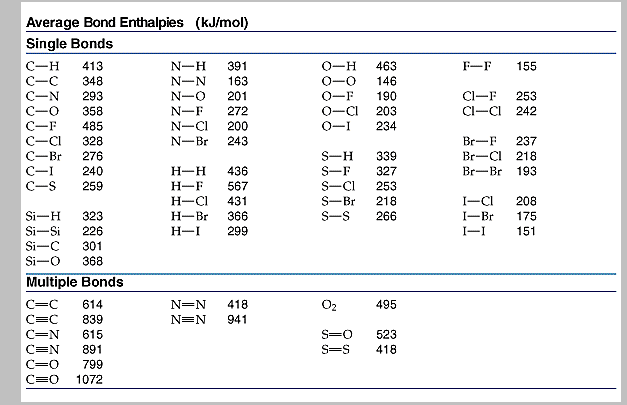 Bond enthalpy to estimate the enthalpy of the reaction

Consider an example of hydrogenation of propene which has the following steps. 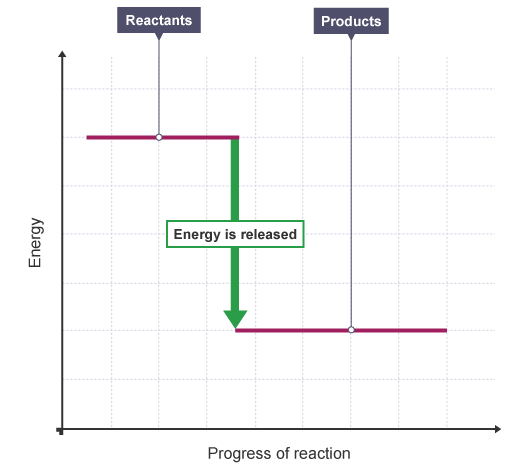 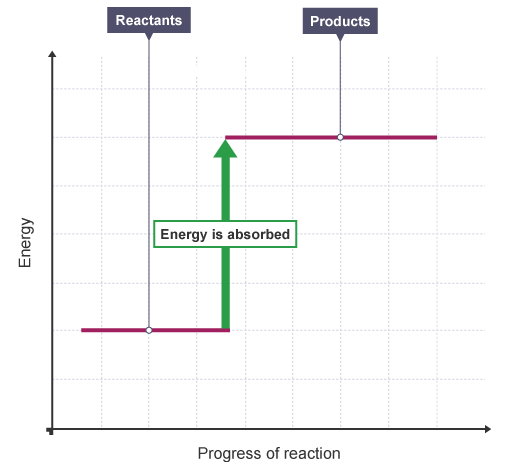 Calculate the Change in enthalpy of the following reactions 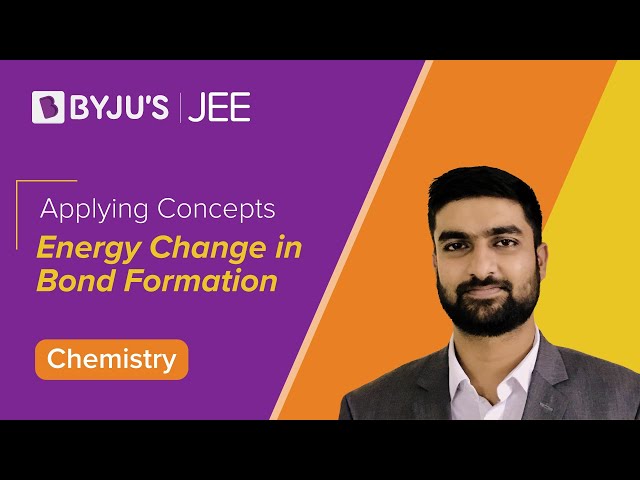