An object of an ordinary size which we call a “macroscopic” system contains a huge number of atoms or molecules. It is out of the question to attempt to use the laws we have discussed for a single particle to describe separately each particle in such a system. There are nevertheless some relatively simple aspects of the behaviour of a macroscopic system that (as we will show) follow the basic laws for a particle. We will be able to show that in any multi-particle system each of the mechanical quantities relevant to the state of the system consists of two parts: 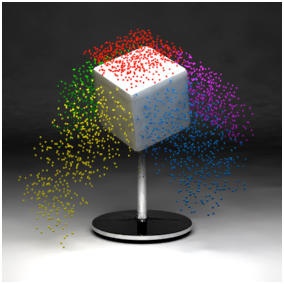 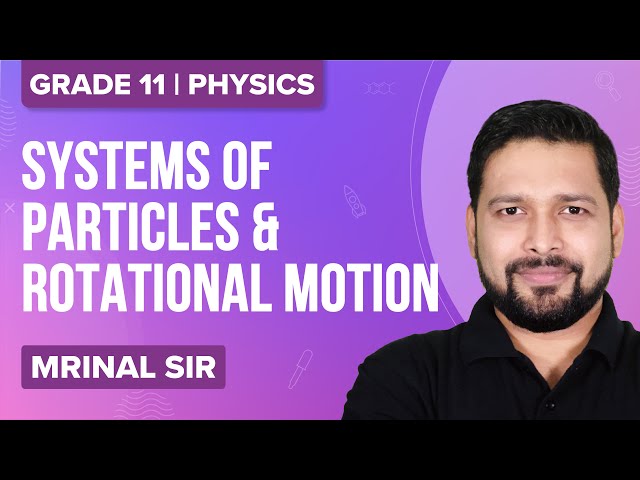 We consider a system composed of N point particles, each labelled by a value of the index I which runs from 1 to N. Each particle has its mass mi and (at a particular time) is located at its particular place ri.

Where M is the total mass of all the particles.

As a simple example, consider a system of only two particles, of masses m and 2m, separated by a distance. Choose the coordinate system so that the less massive particle is at the origin and the other is at x =  as shown in the drawing. Then we have m1 = m, m2 = 2m, x1 = 0 , x2 = .

We find from the definition

The location is indicated on the drawing above.

As time goes on the position vectors of the particles ri generally change with time, so in general, the CM moves. The velocity of its motion is the time derivative of its position:

But the sum on the right side is just the total (linear) momentum of all the particles. Solving for this, we find an important result:

This is just like the formula for the momentum of a single particle, so we see that: The total momentum of a system is the same as if all the particles were located together at the CM and moving with its velocity.

What is the significance of the centre of mass of the system of particles?

Centre of mass of the system of particles helps in describing the behaviour of a macroscopic body in terms of the laws developed for microscopic particles.

What do you understand by the centre of mass of a system of particles?

The point in the system which will move in the same way that a single particle (of mass equal to the sum of the masses of all the particles in the system) would move when subject to external force is called the centre of mass of the system.

What is the centre of mass of a system of particles?

Test your Knowledge on System of particles
Q5