Angular Momentum Conservation on a Swing

What is Angular Momentum?

In simple words, angular momentum is nothing but the rotational analogue of linear momentum. It is denoted by

If we are considering a rigid body with a fixed axis of rotation, the angular momentum can be written as

ω is the angular velocity

For rotational bodies, when there is no external torque provided, the total angular momentum will remain a constant. An ice skater spinning is an example of conservation of angular momentum. The torque or the rotating effect of the force is almost equal to zero because there is negligible friction between the skates and the ice. The friction is exerted very close to the pivot point. Consequently, she can spin for a longer period of time. The skater can also increase the spin by pulling her legs and hands inwards. By pulling her arms and legs inwards, the angular momentum will remain constant, since the moment of inertia decreases and the angular velocity increases accordingly.

Angular momentum conservation on a swing

(i) In Standing Position 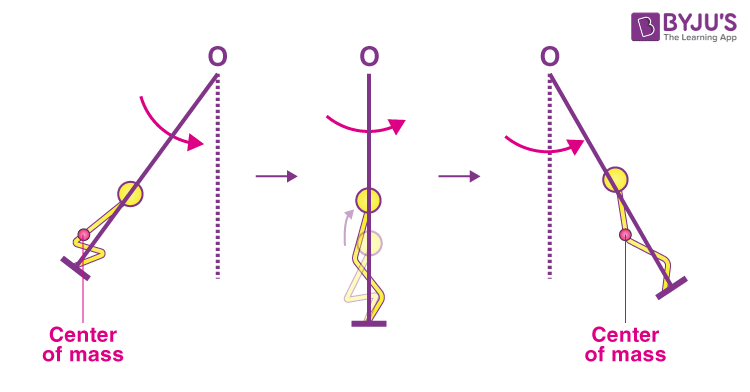 The pumped swing is considered as a pendulum with a variable-length l. The length l is the distance from the centre of mass of the rider to the fixed swing support point O. Let m be the mass of the rider. Let τ be the net torque about O due to the gravitational force and the torque about O due to the tension in the string is zero. L is the angular momentum of the body about O.

A decrease in the moment of inertia causes an increase in the angular velocity. In each forcing cycle, the energy of the swing increases as the rider stands from the squat as the swing passes through the vertical position.

In the sitting position in order to pump up the swing, the rider changes the orientation of his body with respect to the rope to increase the energy of the swing. At the peak of the arc, the rider throws his head behind and feet forward. This creates an anticlockwise torque to the rider’s head and feet. In response to this torque the chain of the swing will apply a clockwise torque on the swing and the torso of the rider. So, when the rider throws the head backwards and feet forward, as the rider moves, the angular momentum will increase and the rider actually gives a thug on the chain, and the centre of mass of the rider will rise slightly. The consequence is that the rider gains potential energy and it gets converted into kinetic energy when the rider swings down. 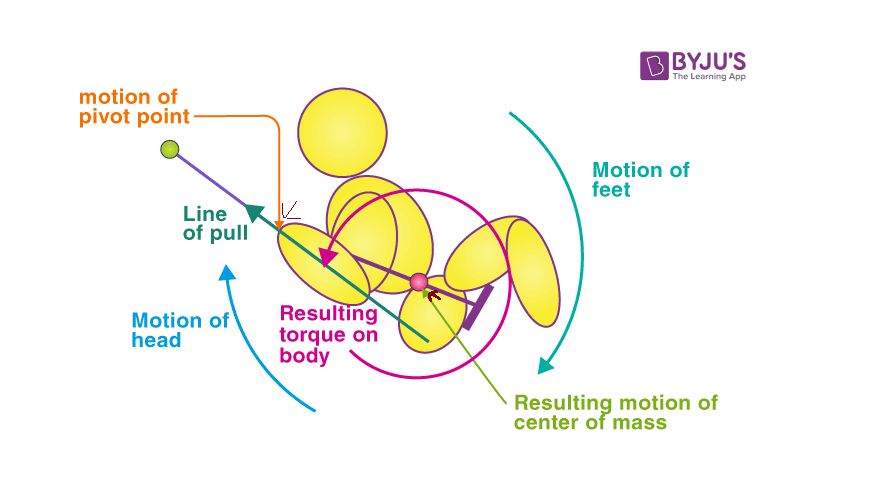 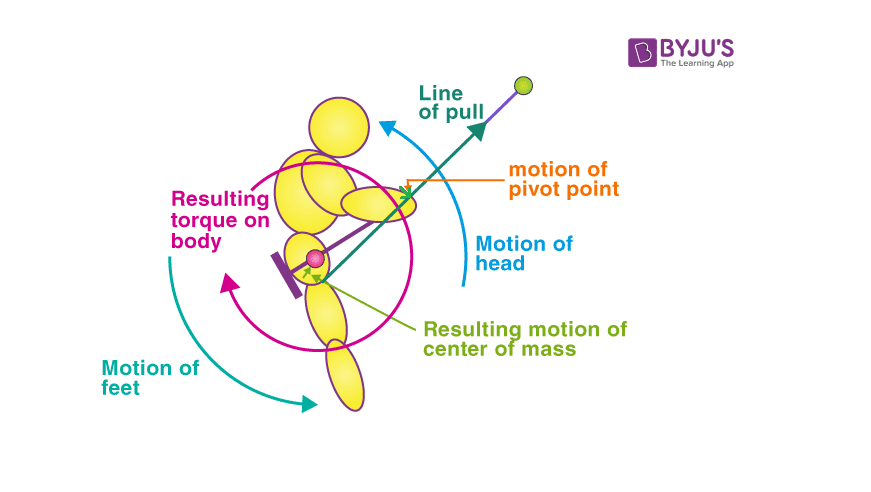 In the front peak of the arc, the rider bends the head forward and the feet behind. Again there is an increase in energy because the centre of mass gets lifted slightly. As the rider swings back towards the vertical position, the extra potential energy gained will turn into kinetic energy and the extra bit of torque from the chain will result in an increased angular momentum along the vertical position. Therefore, in each to and fro motion the energy of the swing increases.

Angular Momentum Conservation on a Swing 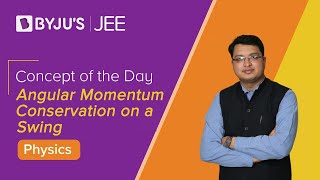 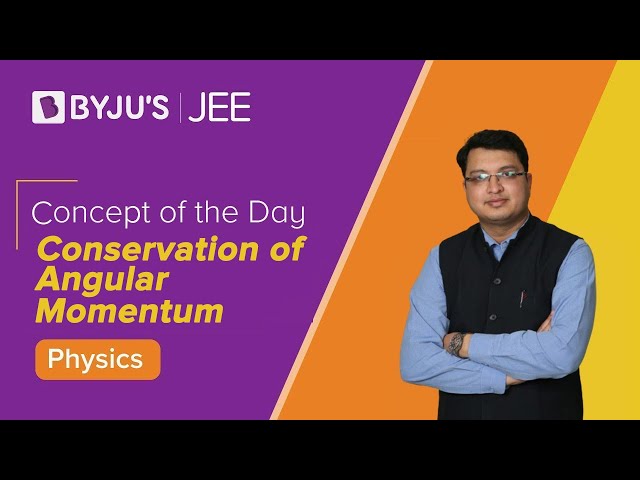 Problem on conservation of Angular Momentum 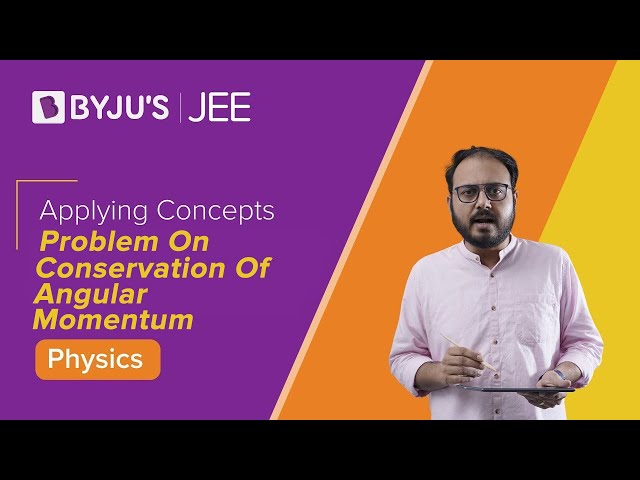 Frequently Asked Questions on Angular Momentum Conservation on a Swing

Give an example of conservation of angular momentum.

When an ice skater spins and changes the speed of her rotation by pushing her arms outwards or holding them inwards is an example of conservation of angular momentum.

The velocity of rotation of something around an axis is known as spin or angular momentum.